Hello!
I am currently trying to generate an interferogram of Dublin Bay using two Sentinel 1 SLC images in IW sensor mode. The attached screenshot shows the result of the process of creating the interferogram, is it normal for parts of the data to be so noisy? 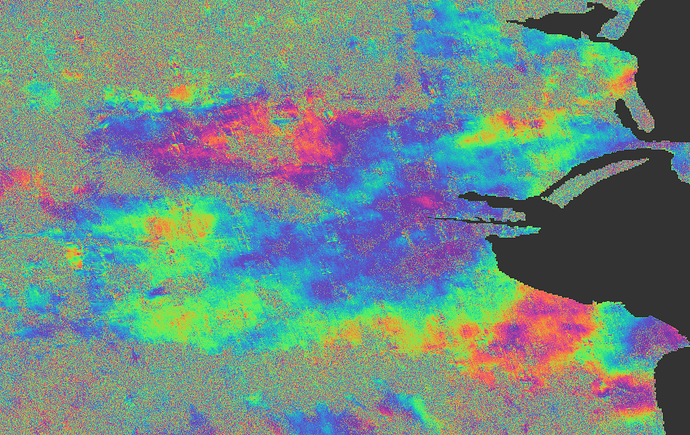 Capture2.PNG1629×1027 2.12 MB
Also I then proceeded to carry out phase unwrapping using Snaphu however, when I opened the unwrapped data it all just showed up as a single colour. I was just wondering could this be an issus to do with the noise within the wrapped interferogram or something else.

noisy parts are totally normal, these are the areas of low coherence. For wavelengths of 5cm (Sentinel-1) even the slightest vegetation causes decorrelation. You cannot get a proper interferogram here.

About the unwrapped product: Did you check the histogram of the raster to see if it has values?

When I open the unwrapped phase I get the below screenshot, just an image with a single colour speckled with dots. I did have a look at the histogram and it does appear to be empty. Also sometimes when using Snaphu Import I get the following error Error: [Nodeid: 3-SnaphuImport] java.lang.NullPointerExeption 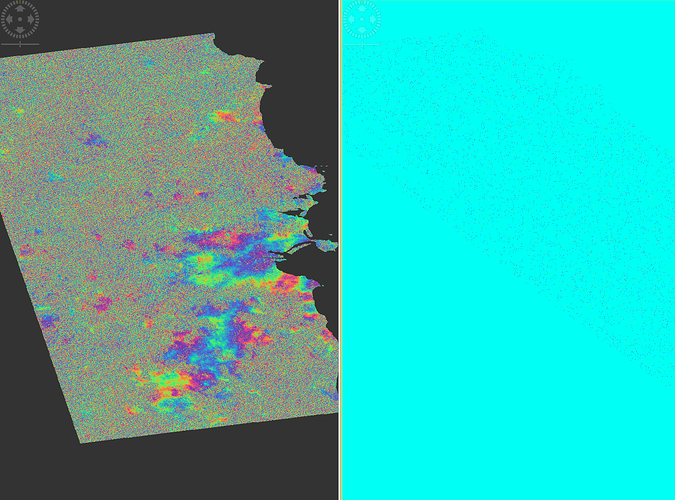 I used the following processes to make the interferogram, I was just wondering have a missed a step or performed an incorrect step that could have caused this.
• TOPS Deburst
• Coregistration
• Subset
• Interferogram formation
• Topo phase removal
• Goldstein phase filtering
• Write

I am coming to this discussion late. It looks like your phase unwrapping was not done correctly. In particular, it looks like the width of the image was incorrectly applied at some step, perhaps when you ran Snaphu.