I am attempting to generate a DEM using pursuit-mode TanDEM-X products, and generate negative elevation values when converting “Phase to Elevation” after unwrapping. Here is my workflow: 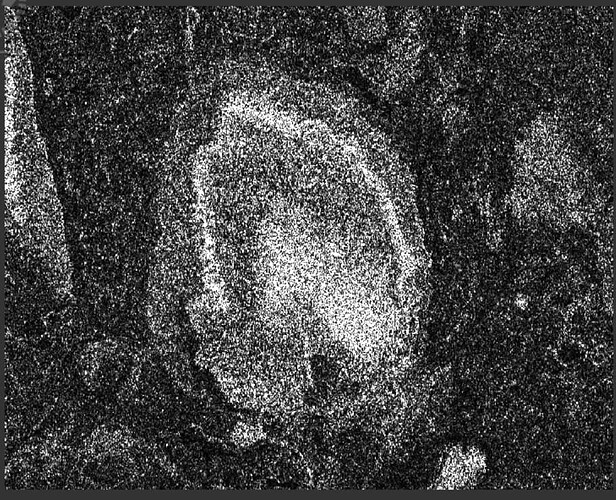 The output from the phase to elevation is completely black / NaN data. I thought there might be an issue with the DEM, so I added an elevation band to the image and this is what is shown (below) (negative elevation values). Could this be the reason that the unwrapping isn’t working?

Actually, the unwrapping result looks alright. Somehow the phase to elevation does not lead to feasible data.
Maybe you can test a lower-quality reference DEM for this process, e.g. ACE or SRTM3Sec

I used the GETASSE DEM before and received similar results, which led me to downloading the higher resolution ASTER 30m product.

What is strange as well, is if I add an elevation band to the generated interferogram prior to unwrapping the elevation values are already negative - see below for example.

What is the actual elevation in this area?
Could be EGM96 related…

Actual elevation of the area ranges from 0 (sea level) to 30m on the high end. The location is about 20km east of Churchill, Manitoba Canada.(ASTER DEM below). The height of the lakes are around 4 - 8m asl. 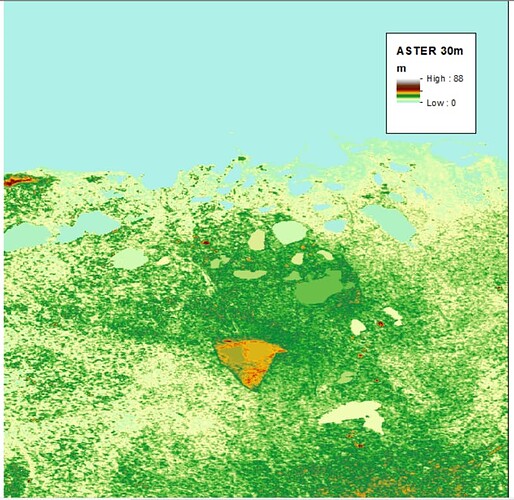 InSAR DEMs are relative. Can you fix the situation by adding a constant and 'lifting’the DEM into the positive domain? Or is it perhaps flipped for some sign-related reason?

That’s a reasonable thought, however what I’m showing here are not the InSAR-derived DEMs, they are DEM products that are added as elevation bands to the unwrapped phase.

When I go to perform a “Phase to Elevation”, then it outputs a black nan image. I’m not sure if that error is caused by the program referencing the negative DEM values.

Regarding the question of the sign-related issue - I thought that as well. So I changed up which acquisition would be considered the Master in the image stack but that didn’t result in any change when generating the Interferogram.