With the release of SNAP 9 we can now perform ionospheric correction which is especially useful to prevent phase ramps for L-band SAR data such as ALOS.

During the typical InSAR workflow where do we apply ionosphere correction?

During the typical InSAR workflow where do we apply ionosphere correction? 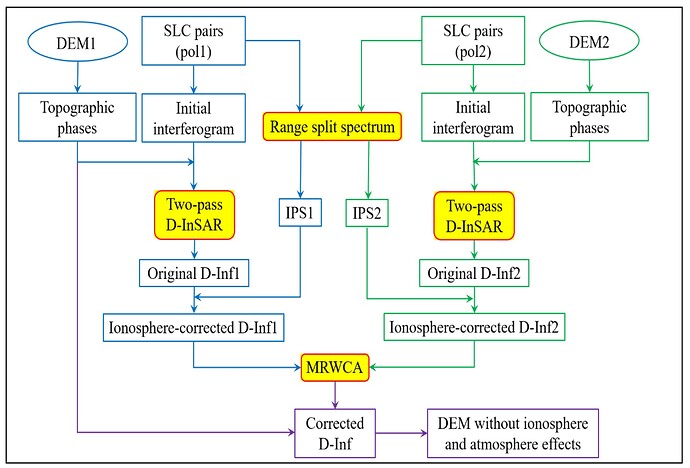 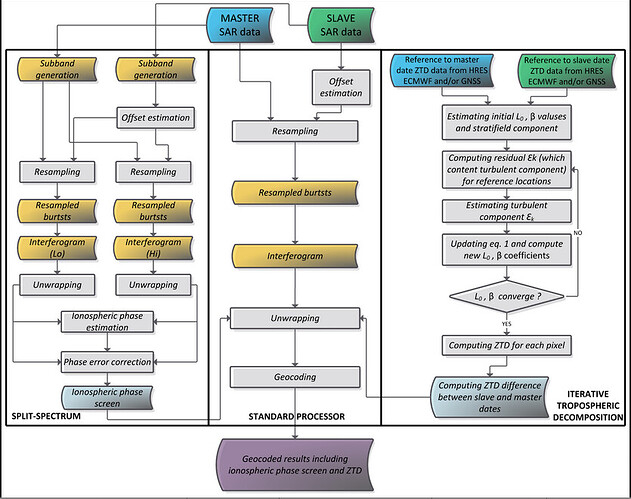 I hope the foregoing is clear and unveiled your query!

So we perform the ionospheric correction after SNAPHU import?

I mentioned two procedures, the fist one is even before removing orbit error phase or so-called orbit correction, and they mentioned their reasons, please have a look at the first highlighted screenshot, the other one, as you said after unwrapping step.

If you asked me of my personal decision, I would say before orbit correction and add up my voice to the first paper, Why, the answer is in the following screenshots and I copied the link for you as well you can go through yourself,

It’s worth mentioning according to the inconstant effects of the ionosphere during the day, I’d suggest select all your data within the same time of acquisition as possible as you can,

I’d also suggest to ask the opinion of Mr. @EJFielding , would you please to have a look and say your opinion, because you already part of the InSAR Time Series Analysis of L-Band Wide-Swath SAR Data Acquired by ALOS-2

Hope the foregoing is helpful

Hmm okay, thank you for the clarification @falahfakhri. I will experiment with the procedure. 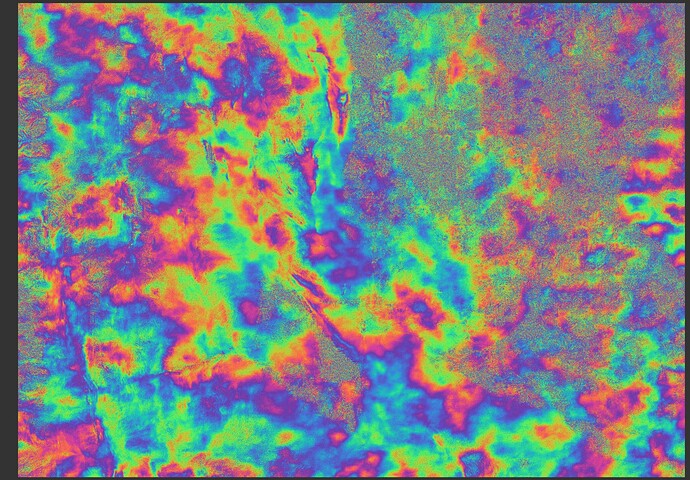 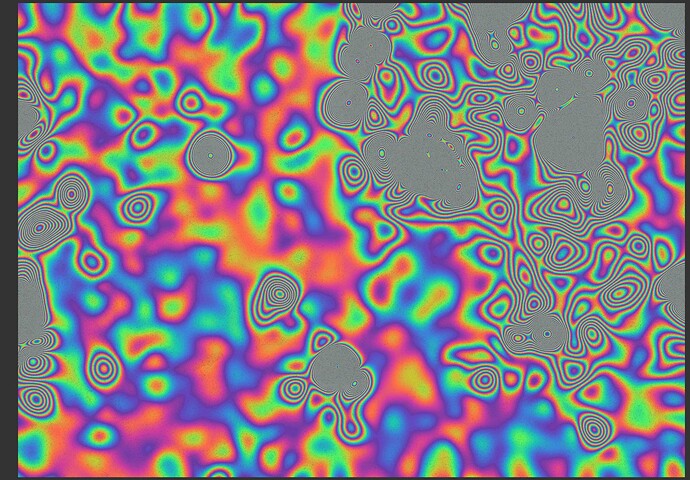 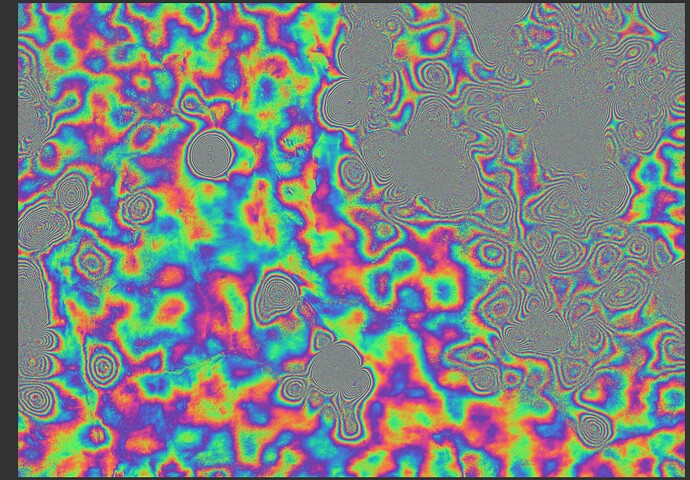 Impossible to know since you don’t provide details or graph but that ionospheric phace component is obviously wrong.

This is the graph used to create the unwrapped interferogram:

image1329×85 22.4 KB
This is the graph used to create the low and high subband unwrapped interferogram:

image1434×94 24.7 KB
The above graph was used first for the low subbands and second for the high subbands.
Although the SNAPHU Export, SNAPHU Unwrapping and SNAPHU Import operators are not in the graph, they were used separately.
I used two Sentinel-1 images.
mengdahl July 18, 2022, 8:17am #9 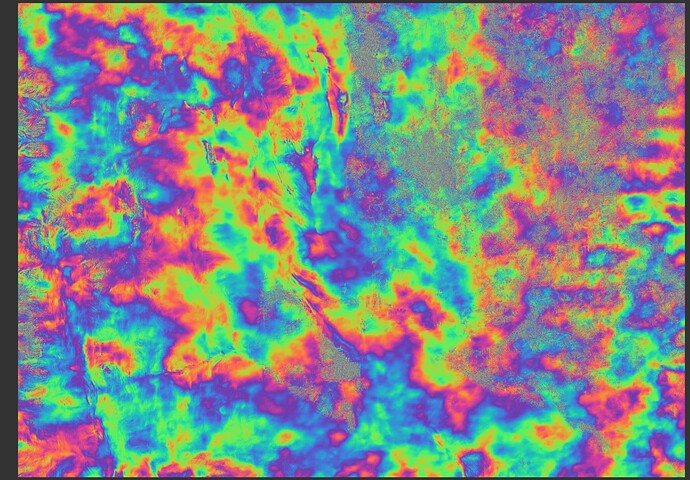 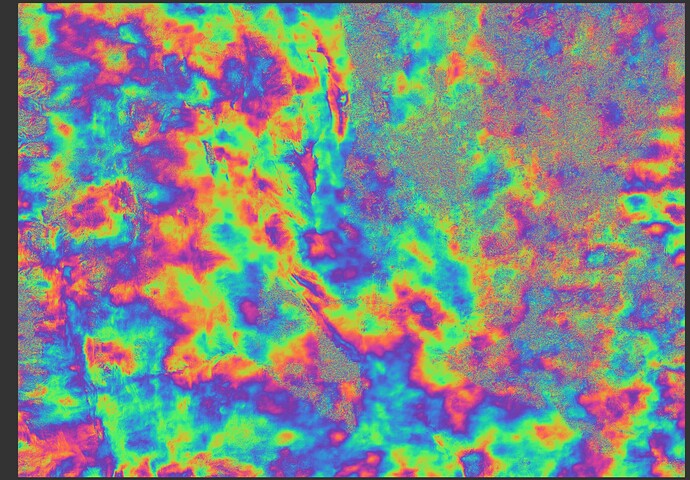 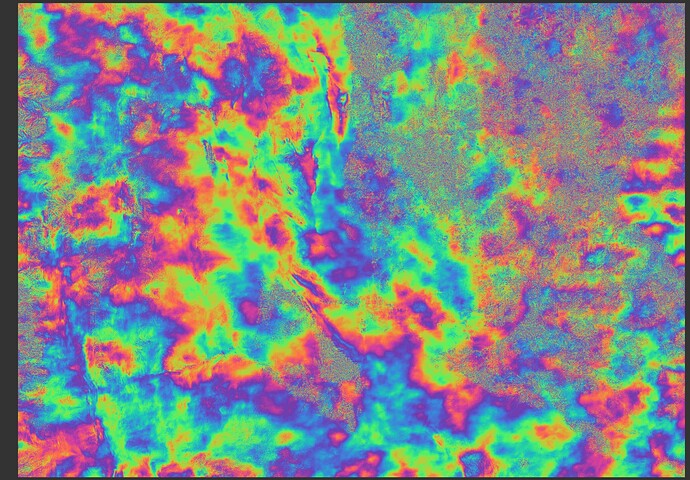 I have processed three descending sentinel-1 frames (frames are below each other, and I used the same processing resolution) and tried to apply ionospheric correction, but I got two errors on different tries:

Any idea how to solve it? I tried “subset” but still got the same errors.