Is There any Atmospheric Correction on Sentinel-1?

hi all, now i’m using the data of sentinel-1 for my college final project. On the pre-processing step, is there any atmospheric correction? because i found out the radar images interferenced by the clouds (i have done the calibration, multilook, filtering, and also geometric correction) 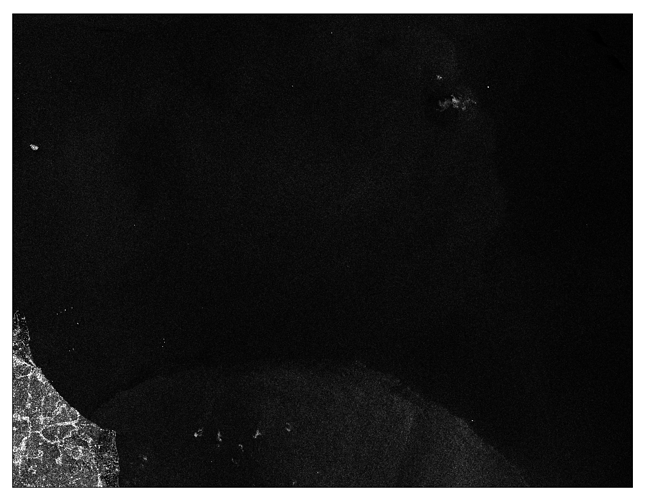 because i found out the radar images interferenced by the clouds

Source:Observations of the Earth using the SAR (Synthetic Aperture Radar) of the ERS
(Earth Resources Satellite) have a wide range of practical applications, such as: https://earth.esa.int/web/guest/missions/esa-operational-eo-missions/ers/instruments/sar/applications

On the pre-processing step, is there any atmospheric correction?

Yes, but the atmospheric corrections here is related to the phase noise, is created by radiation path delay caused by ionosphere and troposphere effects, 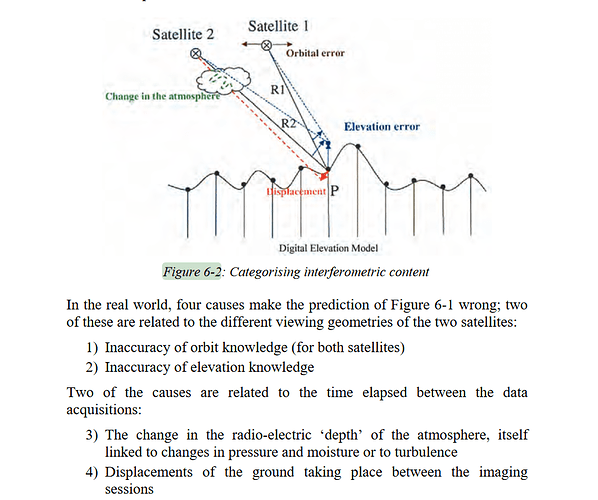 In conclusions in each technique PSI, SBAS, or Single Interferogram creations there is an atmospheric corrections method.

SNAP does not offer atmospheric corrections for Sentinel-1 data. The following questions might help to understand what your project is about

Hi johngan, thank you for your response.

how did you find out that your radar image has been affected by clouds? What you see in your image is not a result due to the interference of the signal with the clouds. I am guessing the black area is sea, the lighter colors in the sea (on the bottom) is a result of surface roughness (sea must have been rough at that part).

i’m doing ship detection for my project and actually i only need the sea area to be analyzed. when i’ve done the pre-processing step (apply orbit file > calibration > multilook > speckle filtering > rain doppler terrain correction), i found the image result is a little bit covered by the clouds (the white spots at the bottom and upper-right) and this condition could affect the process of object identification. is it possible to clear up this disturbance by using atmospheric corrections? or this is an absolute result caused by the nature condition (ex: a very thick cloud at this area and we couldn’t do any correction to make the image clearer)

i also have compared this result with another one. heres the result : 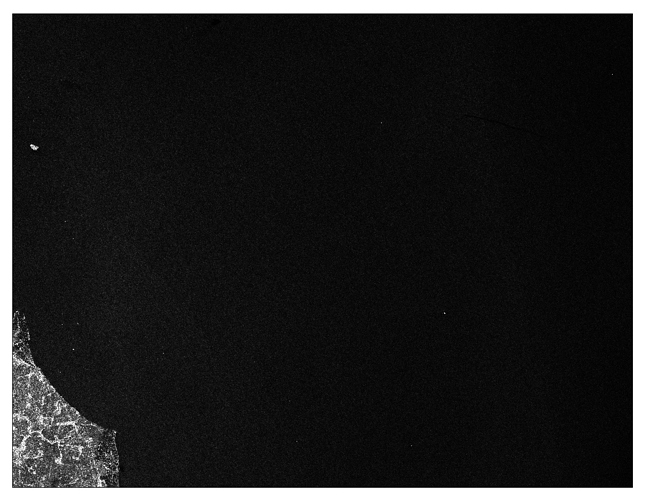 I agree with @falahfakhri and @johngan that these patterns are rather caused by sea surface roughness than clouds in the atmosphere.
As for the ship detection: The module in SNAP is based on the CFAR algorithm which is based on a moving window which locally detects individual thresholds for the identification of bright objects. Therefore, the changing background intensity should not make a large difference, because the algorithm is designed to mitigate exactly that.

Atmospheric corrections on GRD SAR data for ship detection is not required. The ships on the ocean area identified due to its high brightness. In a calm sea, ship detection is easier task than under rough conditions.

In terms of the disturbance of microwave signal due to the cloud formation, you cannot really sea that on your SAR image unless its a tropical rain cell. Rain cell effectively is a storm with a heavy cloud formation and rain. Such phenomena can appear in the SAR image as a very bright homogeneous layer.

only for your info. I recomended to you DONT used “RAIN DOPLER TERRAIN CORRECTION” this is for LAND , for sea to georeferencie the image , take out land (mask land/water) and used the other georeference system.

hey ggantes, thank you for the response…

RD TC makes use of a DEM to correct for geometric distortions caused by topography. It removes areas without elevation data. So you will get a blank result. You can use the “Average Height Range Doppler” or “Ellipsoid Correction” instead.

Thank you for the response sir…

Should I change the step of pre-processing into like this?