I am trying to find out the inundated areas during a flood. The data used is SAR Data: Sentinel-1A_IW_GRDH_1SDV data. The steps followed were:

After Terrain correction, the bands were converted from Linear to dB, then it was converted band and saved to file.

When the RGB was generated, few patches (as marked in the attached picture ) are appearing as reddish brown in color , including a main river channel. As per my understanding, it appears in such color, only with highly moist soil.But in this flood scenario it is not possible to have a overflowing river channel exposed with moist soil. Do someone know why is it happening? Any suggestions to resolve this… 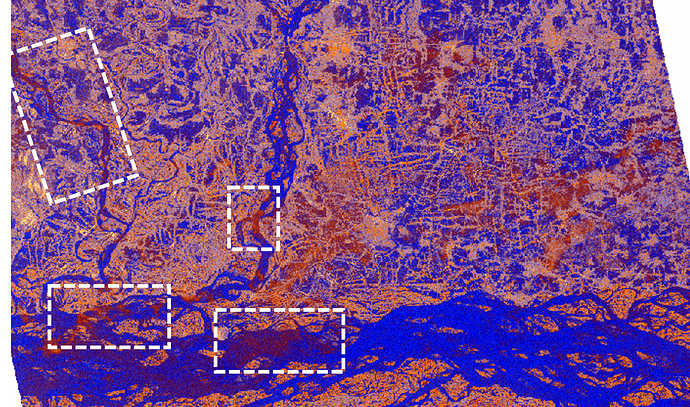