Mask out areas without elevation in Sentinel-1 RTC Processing

Hi,everyone.
When I do RTC processing for Sentinel-1 satellite images,I choose export DEM file and mask out areas without elevation.However,I found the masked area in adjusted images after RTC is not the negative elevation.Some areas higher than zero is also be masked.

I want to know the meaning in the digital number in elevation file .Does it not the elevation?If it is the elevation,why areas with the negative number is also be masked?

Thanks for your reply in advance.

if you also export the DEM in the Range Doppler Terrain Correction step, the automatically downloaded SRTM file which is used to remove topographic distortions is written in your target product at the same extent and resolution of the S1 image.
I’m not sure about your problem - could you maybe add screenshots for understanding? 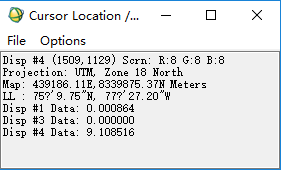 Fig.1 consists of three windows.The far left one(#1) is an original image of Sentinel 1,the middle window(#3) is result after masking out areas without elevation in SNAP RTC procedure base on elevation image,and the far right one(#4) is corresponding elevation image of the sentinel image.Point A in three windows is the same point in geographical position.
Fig.2 shows the data value of point A in FIg.1. We can know point A in #3 is masked,however,the elevation of point A is positive in #4.

I don’t know why the positive area in elevation is masked in RTC procedure as point A.Could you give me the reason?

which DEM was used for Terrain Correction?

I would suggest to try another one, 30m SRTM for example, to see if the problem persists.

I want to say I have masked more than 20 images,but only part of images have this problem.

is the image in #4 the original DEM file or the output elevation band which saved in the product while you do terrain correction?

Can you tell us the data set that you have used for the test and your processing steps? We will try to reproduce your problem on our computer.

Yeah,the image in #4 is the output elevation band when I do terrain correction.

@junlu How about your test result?

Thanks for your sincere reply.

What’s your test result @ABraun
Thanks a lot in advance.

This is source data link:

Since the ACE height information is referred to geoid EGM96, not WGS84 ellipsoid, correction has been applied to obtain height relative to the WGS84 ellipsoid.

The above information is introduction of ACE30DEM.

Does the referred ellipsoid of geoid EGM96 contribute to the error?

I did not make any tests, sorry.

Oh,I think you have made a test,but I still thanks for your help.

Oh,I think you have made a test,but I still thanks for your help.

I should have written “I would suggest to try another DEM”

Maybe it is just a matter of defining what the option ‘Mask out areas without elevation’ is meant to do. My guess is that most people expect that option to mask out any point for which there is no valid elevation measure, plus any point at sea. And AFAIK that’s what SNAP does.

The point A in your screenshot above is well at sea, many kilometers from any land mass. SNAP’s Terrain Correction (with option ‘Mask out areas without elevation’ checked) masks it out. I’d say that’s the behaviour most people would expect from SNAP. If you don’t want that point to be masked out, then you have to leave the option ‘Mask out…’ unchecked.

I don’t know how ACE30 provides the evelations, but the 9.1m in your screenshot (#4) seems to be the geoid height at point A:
https://geographiclib.sourceforge.io/cgi-bin/GeoidEval?input=75.13604N+77.12423W&option=Submit
Point A is at sea. It just happens that at that point the geoid is 9.1m above the WGS84 ellipsoid.

Oh,haha,Thank you. But the image area is out of SRTM.