Having a look to the granule list in the scene 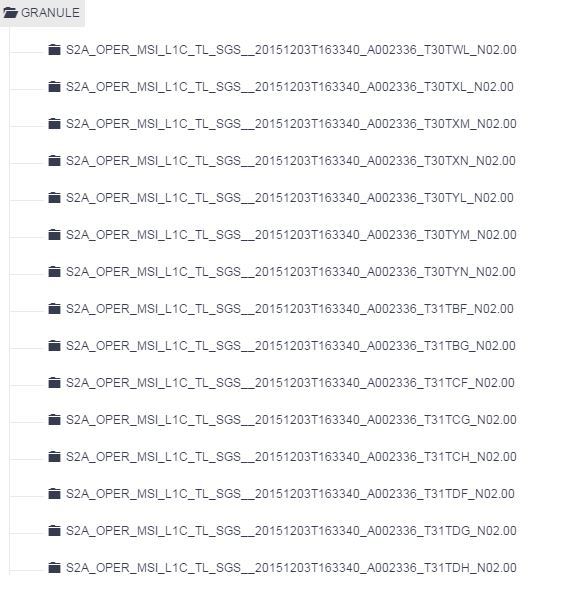 I’ve also observed the same problem in other UTM border areas. I didn’t find this problem reported yet. Does anybody have an explanation for it?

You mean 31TBH I guess (the leading T in T31TBH is only a separator in the file naming), but it is not defined as a granule, because the area is fully in UTM zone 30, so only identified with 30TYN.

According to the information about MGRS tile coordinates http://www.mappingsupport.com/p/coordinates-mgrs-google-maps.html the area is in both in UTM zone 30 and 31.
See the next figure. 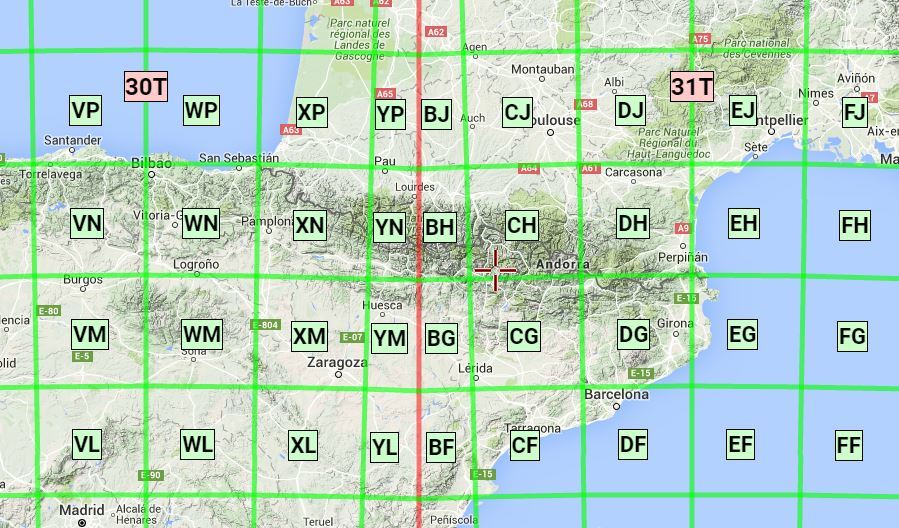 The Sentinel-2 Tiling Grid is available here from the Sentinel Online website. This is a KML file that can be used in Google Earth.

I understand tile 31TBH is not in the Sentinel-2 Tiling Grid but it should be there to ensure an overlap between tiles at the UTM zone borders.

If it shouldn’t be there, which is the reason?

After looking at the L1C Tiling Grid and the UTC overlay in KML, and comparing them with your image from mappingsupport.com, I surmise the reason for there not being a 31BH is that the longitudinal UTM zone border between UTM Zone 30 and UTM Zone 31 would result in the L1C Tile ( a fixed size of 100 km2) being divided in half; the other (westward) half being 30TYN. Thus the Tiling Grid contains a complete Tile (30TYN) that effectively overlays the portion of UTM Zone 31 that would be 31TBH.

In the image below (GE) I have highlited the 30TYN tile. You can see how it crosses the UTM zone (white line). 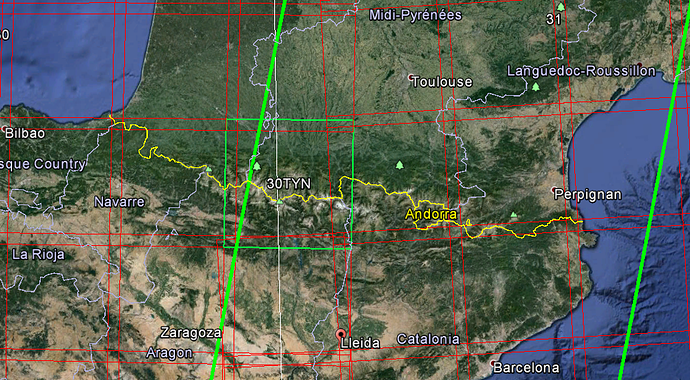 I don’t understand why this 30TYN tile is different from its neighbour southern 30TYM or even 30TYL. I need to reproject 30TYN tile to the UTM zone 31 (an extra interpolation) in order to complete an orthoimage for the Catalonia territory that is completely included in UTM zone 31.

Just to better visualize the reported problem, the zone 30 and zone 31 as it is displayed by SNAP 2.0