I want to create the InSAR coherence image using two Sentinel1 SLC images that were acquired with a 48 days temporal baseline and a 45.86 m perpendicular baseline. I followed the steps of the Sentinel-1 TOPSAR Interferometry tutorial. However, I am getting a noisy coherence image (please see the image below). 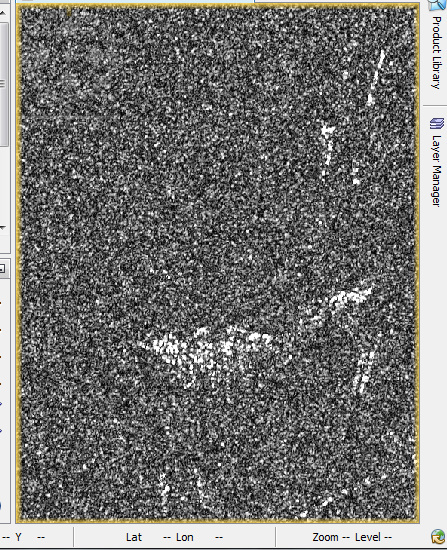 image.jpg447×550 176 KB
Would you please guide me to know what to do in order to get a correct InSAR coherence map using Sentinel1 images because I am still getting the noisy coherence map even when using another pair of Sentinel1 SLC images.

This is called temporal decorrelation. The further apart two images are in time the likely the chance that there will be more differences. If you have vegetation you will also get a lot of change.
Use a closer pair such as 6 days.

I am also getting the noisy coherence even though the temporal gap is 12 days and everywhere used default DEM. When I did the process in Snap GUI, it worked properly but I get noisy coherence output while doing in python snappy.
I follow these steps.
1. Image load
2. TOPSAR split
3. Apply Orbit file
4. Back-Geocoding
5. Enhanced-Spectral-Diversity ← until this step, I got same output in both Python snappy and SNAP GUI.
6. Coherence
7. TOPSAR-Deburst
8. Goldstein-Phase-filtering
9. Terrain Correction

If you have any idea please let me know.

Have you considered using snapista the Python GPT wrapper instead of snappy?

2 posts were merged into an existing topic: Introducing snapista, a GPT wrapper for Python