I am working with 6 granules of Sentinel-1 SLC data to cover my study area wholly. However, I realized that when I pre-processed them and produce the coherence index layer, the IW-3 subswaths in all of the granules have higher values and, thus, appear brighter than the other two subswaths. I have tried implementing a possible solution posted here, but unfortunately, it didn’t work for me. 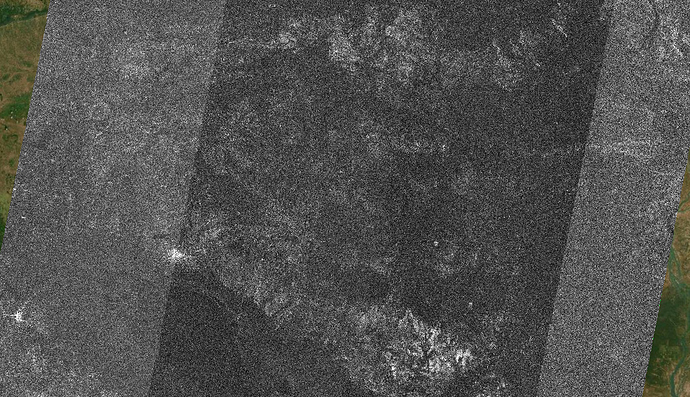 Is there any possible troubleshooter for this issue?

Thanks in advance!
Adrian

did you apply ellipsoid correction during the coherence generation?

Thanks for the prompt response! Actually, I did not. I followed the steps outlined here, which is also implemented in the standard TOPSAR Coreg Interferogram IW provided in SNAP Tools.

When would you suggest me to apply the ellipsoid correction? Should I do it before I coregister and merge the sub-swaths or should it be after I debursted the merged sub-swaths?

sorry, I was not very specific. I referred to the flat earth phase correction which is included: 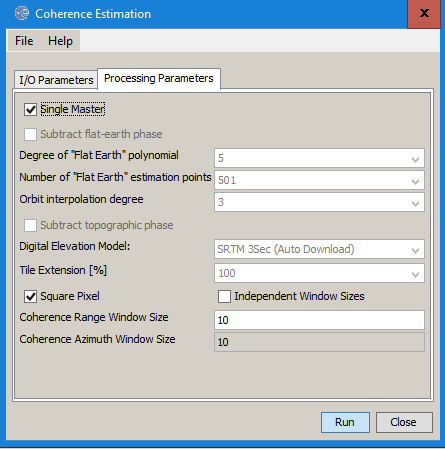 We found out that coherence looks different with and without subtraction of flat-earth-phase, please check here: Sentinel-1 coherence for temporal decorrelation
It is worth comparing both outcomes.

Thanks again for the suggestion, ABraun! I tried implementing and not implementing the flat-earth subtraction, but unfortunately, it didn’t solve the issue. The third sub-swath (IW-3) still has abnormally higher coherence compared to IW-1 and IW-2.

how did you merge the the sub-swaths?

I tried different approaches when merging them. The first approach was by following the default in SNAP, which is merging them after interferogram debursting was applied. The second is to merge it using a third party raster processing software, e.g. GDAL. The two approaches yielded similar outcome, which is the layer with abnormal values on the IW-3 part.

my only explanation would be that some bursts are VV and others are VH coherence, is this possible?

I don’t think that is the case because at the Apply Orbit File step, I already specified all the three sub-swaths to have only the VV band processed. However, thanks to your question, I will try to see if similar error was to be expected when using the VH coherence. Hopefully not, but we’ll see.

Did you use the S1 TOPS Coregistration or did you apply the steps separately? Just thinking of potential explanations…

I have been using the Graph (see attached) that appears to me as identical to S1 TOPS Coregistration steps in SNAP.

should work actually. I just wonder if it makes a difference if you process the three swaths separately.
I don’t expect it but at least you have full control over the outputs of each step and how they look.

That should not happen. Is the area somehow challenging, for example at very high altitudes?

Hi, the area is nothing close to challenging. It is located in Siem Reap and Preah Vihear provinces in Cambodia which is mostly flat.