Reviewing the help of the Oil Spill detection tool, I have seen:

As it is stated, calibration and speckle filter steps have to be performed prior to the use of the oil spill detection tool. However, the tool itself includes a calibration step. Isn’t it that a duplicate step then? 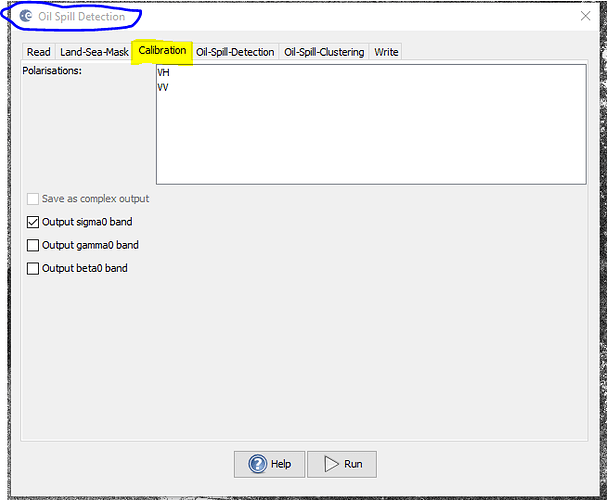 When to include the step to reproject the image into a CRS?

Can someone clarify both issues?
Thanks,
M

I think this means that the calibration in general is explained at another part of the help. So if someone wanted to read more on calibration it wouldn’t be additionally listed in the oil spill graph.
But you are right, the oil spill operator includes calibration, so you can input raw GRD products. In some cases it was favourable to at least run a basic filter on the image first to smooth out some patterns on the water which are not related to oil areas.

After the oil spill detection is completed you can use the Ellipsoid correction module to project your data into a coordinate system.

Thanks for your reply,

So at least speckle filtering should be applied to the raw GRD product before and then leave the radiometric calibration step for the Oil Spill Detection tool?

I would give it a try without filtering but if your result is not satisfactory, filtering is the best choice to improve it (besides changing the thresholds of oil spill detection).