One way to get pricise unwrapping

Dear all,
When I am doing unwrapping, it gives to me some errors in noisy places because of this, I should delete noisy places. I tried to delete low coherence parts by SNAP but as you know there is not any proper way in SNAP because of this I think it can be better, if I cut fringes from my phase picture, then do unwrapping. 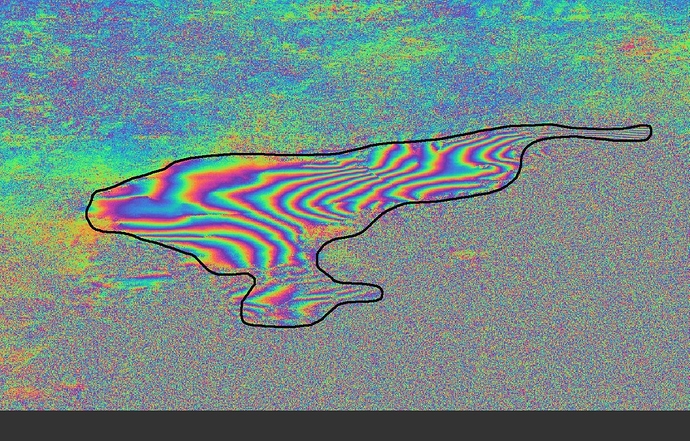 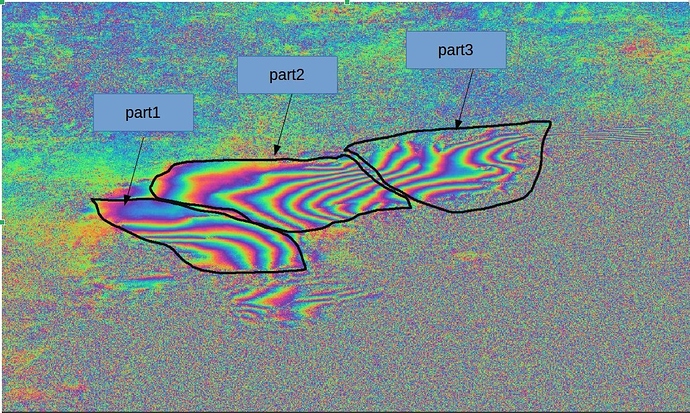 You can define a valid pixel expression based on coherence. As you said, this is not used when exporting to SNAPHU. But you can generate a new band with the band maths operator using conditions like marpet demonstrated here:

I think you've been hit by wrong or at least confusing behaviour in the Band Maths. Also I am. The nan() function really checks the value for nan. If it is only marked as invalid it's not returning true. Even in the Pixel Info view we show NaN. Maybe better to show Inv there. I've created recently a ticket (SNAP-697) to be able to check for invalid pixels in the Band Maths. However, you can overcome this issue. Use this equation for your mask: feq(Sigma0_HH_Dissimilarity, 0) ? 0 : Sigma0_HH…

Another way would be clipping by a vector as you suggested:

Instead of masking the land or sea, use the third option where your geometry is used as the mask extent.

Dear ABraun
I used ‘Polyline drawing tool’ and select area in below image and then I used
Layers……Masks…….Land/Sea Mask and I did what you told me and Instead of masking the land or sea, use the third option where your geometry is used as the mask extent but I did not use ‘SRTM3sec’, as I am working on +60 latitude.

But unfortunately, the area that I chose, did not cut and I have a picture like below.
Image1 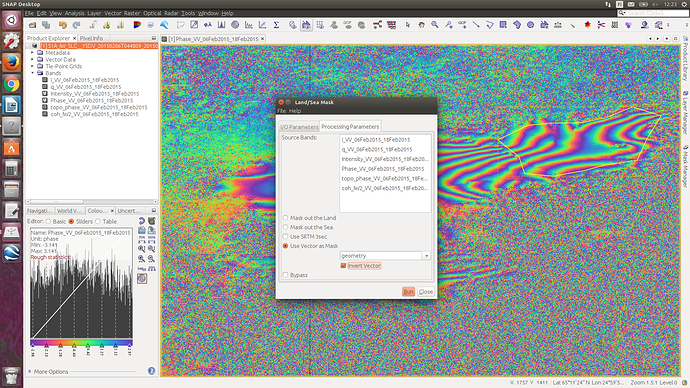 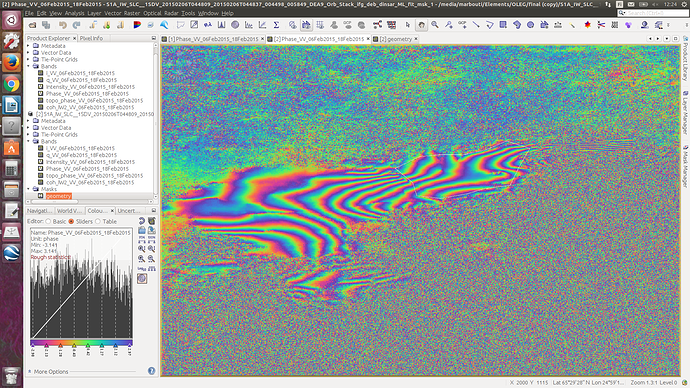 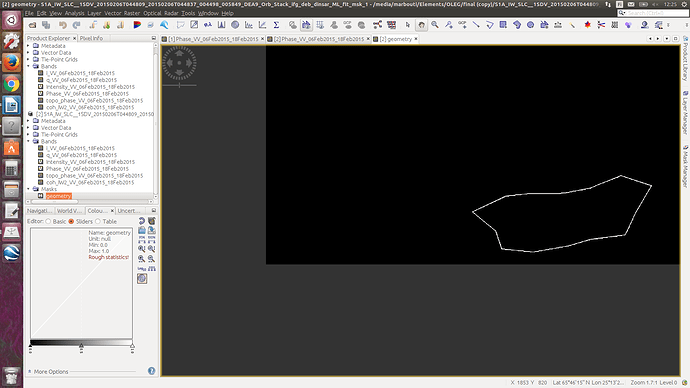 Don’t use line drawing but a polygon.
No inversion of the vector is needed, DEMs also play no role for geometry-based masking.

Yes Thanks. It works very well for extracting but I think it does not work in unwrapping. Any suggestion for that? 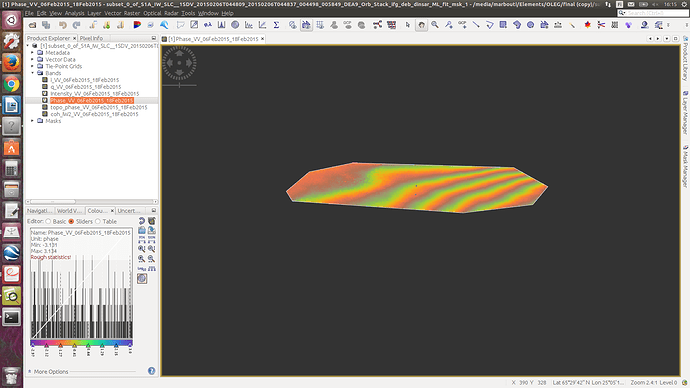 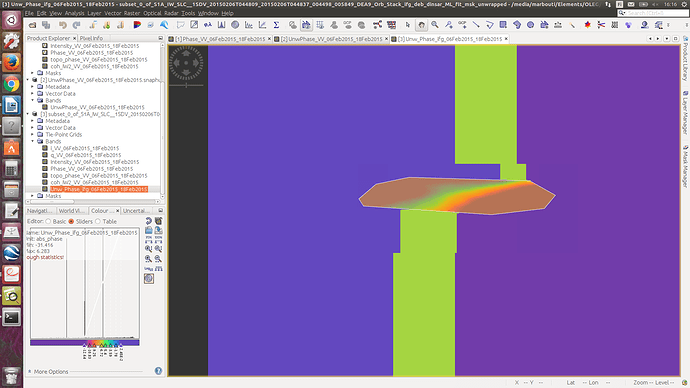 looks unwrapped to me actually.

Hint: You can disable the vector data in the layer manager to inspect the rasters underneath.

did you have a look at the maskfile option?

I didn’t try it so far but maybe it removes the bad quality areas as you originally intended.

Thanks. I will try it tomorrow and let u know.

I am trying to do the phase unwrapping but I get the error ‘Unexpected or abnormal exit of child process 25229’. You mentioned about -g maskfile. What format of mask file does snaphu requires? should it be a shapefile or a raster format ?

I never tried it, so I can’t tell you much about it, sorry.

cool, thanks.
I am still in the process of doing experiments about that to see what works and what does not.
I though you might had tried that already.

I also run into this problem. It is not clear in what format to feed snaphu the mask file. Has anyone managed to solve this?

Snaphu version 2.0.0 is available (at some places like Ubuntu 19.10) - with it you can create the connected component mask file even when tiling by using the -g option. Snaphu export usually adds tiles and previously -g wasn’t allowed with tiles.

Time series InSAR software, such as Mintpy, can use the Connected component mask. However, I am also struggling to determine in what format the mask is written by Snaphu and how to import it into SNAP again for terrain correction.

Has anyone worked with the mask file?