If I use the Range Finder measuring tool to measure the distance across a pixel on the one at 16 deg latitude, the distance is near enough 10 m. 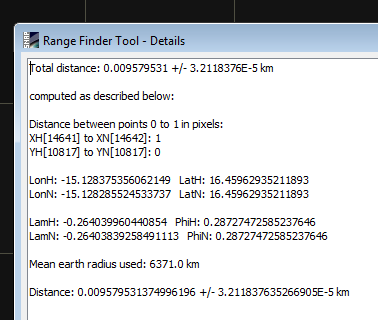 If I do the same at 72 deg latitude, the distance is around 3 m. 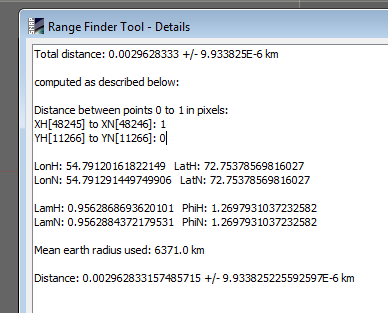 If I calculate the vincenty distance between each side of pixel using the coordinates LonH/LatH and LonN/LatN from the screenshots above at the two extremes of latitude, both are 10m. 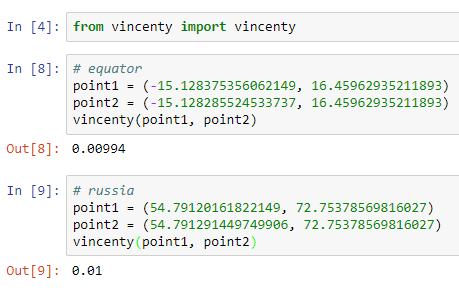 I’m currently hoping that the pixel size of an S1 product IS 10 metres square and equal to the same area of ground regardless of where the image is - can anyone confirm either way?

I got the long and lat the wrong way round for the vincenty calculations - looks like it is 10 m and 3 m after all! 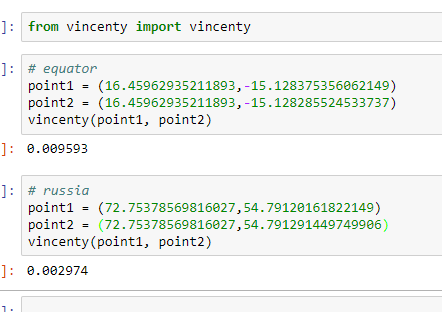 Sentinel-1 IW GRDH products have a pixel size of 10m in the range and azimuth directions, anywhere on the planet.
When you terrain correct an image, the output image is no longer in range by azimuth and the pixel size may be different. In S1TBX’s RD Terrain Correction operator you can specify the pixel size (in meters or degrees) of the output image.
In your case it’s probably an issue with the precedence of the ‘pixel size (m)’ and ‘pixel size (deg)’ parameters in SNAP GUI RD TC operator. Both pairs of points are separated by 8.98e-5 deg of longitude, which corresponds to 10m at the equator but to shorter distances at other latitudes. If you delete the value in ‘pixel size (deg)’ I believe SNAP will simply use whichever value is in ‘pixel size (m)’.