Polygons do not match Alos-2 image

I think I’m facing the same problem, but different data. my second image of Alos-2 (image 2) has a shift in the projection. so my polygon does not overlay correctly on the image (image 3). the image could not be projected because it’s already projected. I want to extract the backscatter values. anyone know how to solve it? 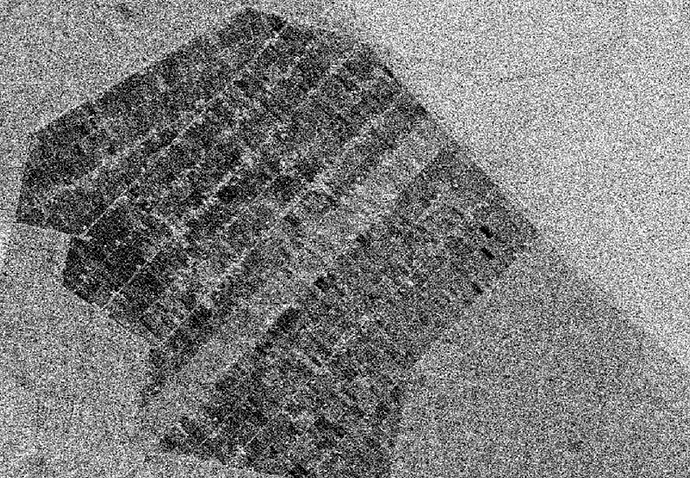 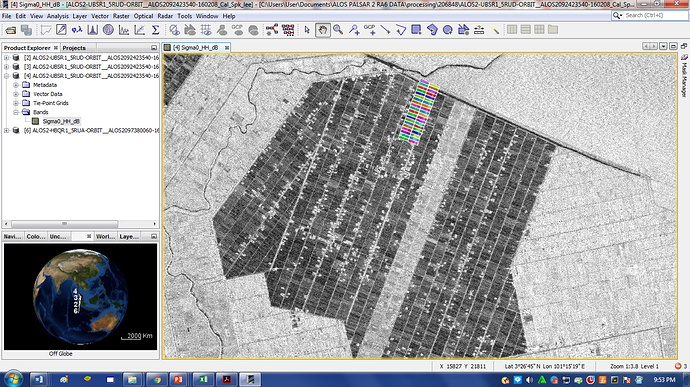 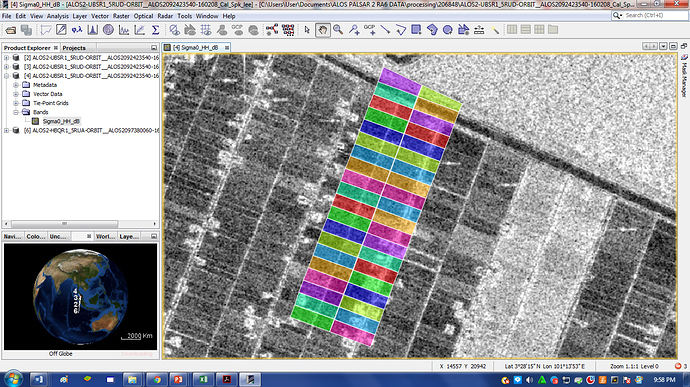 from your screenshots I see that you work with Level 1.5 data. That means it is alread geocoded. It depends on the orbit information in the ALOS product and on the DEM used for terrain correction how good the geocoding of your product turned out.

Some thoughts:
Do you also have access to the Level 1.1 products?
Is the shapefile in the same coordinate reference system as the ALOS file? Can you maybe open the img file (in the data folder) in a GIS and add the polygons to see if the shift is independent from the software.

I moved this into its own thread

thanks for your response.

yes, I use level 1.5 data and also can access for level 1.1 product, but which format is better either in CEOS or geotiff?

the shapefile is the same coordinate with Alos-2 file. I also have process another three images before and got no problem.

I have open in ArcGIS software, both data cannot overlay. 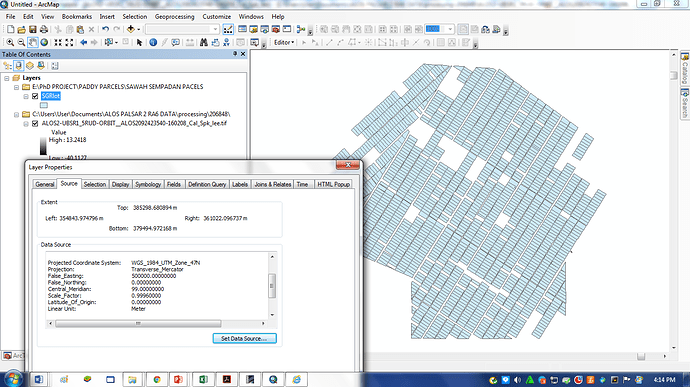 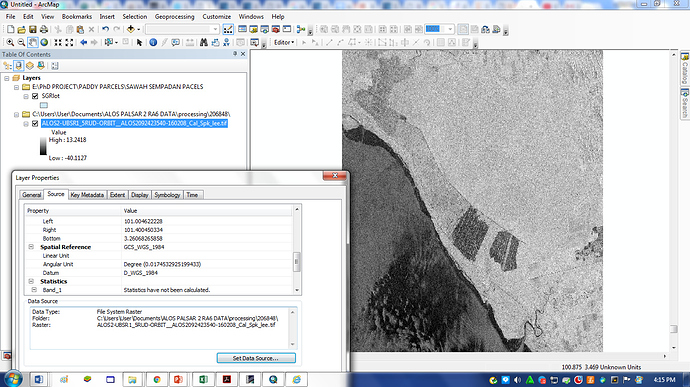 As you see, ALOS-2 data is WGS84 (decimal degrees) and your polygons are UTM 47N (meter). But ArcMap should be able to handle that, actually.

Try converting your shapefile to WGS84 before importing it into SNAP to see if this makes a change. I don’t know how well SNAP handles viszualization of data with different projections.

Try to get the SLC Level 1.1 CEOS data and perform Terrain Correction by yourself. Here you can select a suitable DEM (SRTM 1ArcSec unless you have any better) and you can define UTM47N as output coordinate sytem. Then they should overlay correct.y

I have convert the shapefile to WGS84, but it is failed to change.

I will download the level 1.1 CEOS data for that image.

thanks a lot for your feedback and advice.