I have processed and projected some Radarsat-2 images in the Arctic using SNAP.

I have tried the R2 images with different projections - including both of the above EPSGs but I get the same problem. I project with ‘average height range doppler’. The area of interest is ocean/sea ice, though there is land in the scene. Is anyone familiar with this issue with R2 / have a smooth solution?

In the example you can see the radar image and the same island from the MODIS offset. 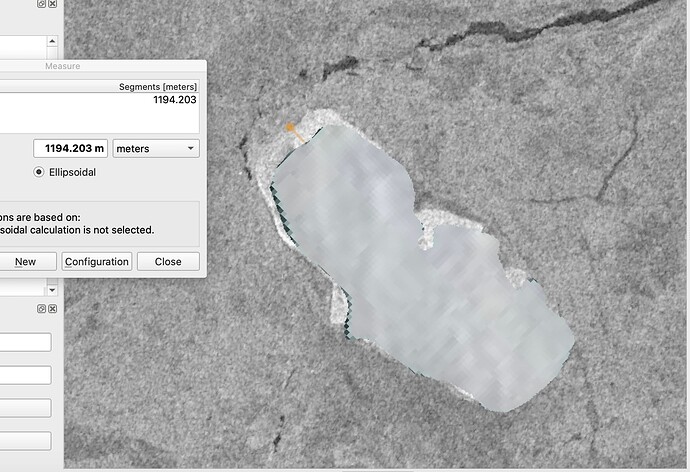 I processed and projected a Sentinel-1 image in SNAP for the same region and this aligns much better with the MODIS and other images - it seems to be a RADARSAT2 issue specifically. 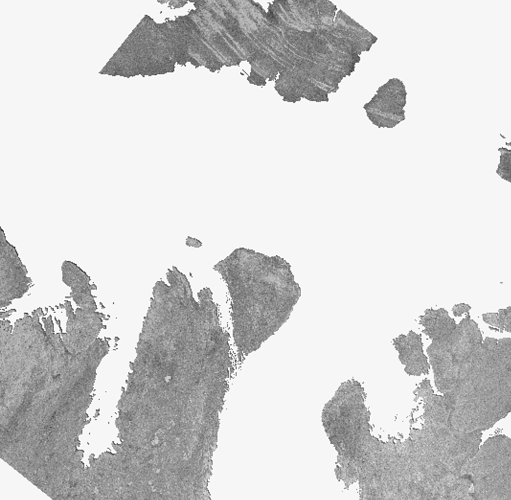 there is a check box in terrain correction to mask out areas without elevation. Uncheck that.

Ah thanks. Unfortunately it still doesn’t make it align better though.

The RADARSAT-2 data products have a very small set of state vectors for the orbits, not extending for much time before or after the scene. Depending on the methods used for orbit interpolation, this might cause some geocoding errors.