Remove GRD Border Noise does not seem to be working

We’ve got a lot of scenes that have border noise and the removal algorithm included in S1tbx is not reliable at all. Either I’m doing something fundamentally wrong or the implemented operator is useless in practice.

For both I just applied the Remove-GRD-Border-Noise operator with default values on the zip file.

In this example you can see that part of the black border noise is removed but other parts stay in the image. The part that stays black starts at a pixel-x value of 232. So it is clearly inside the boarder margin limit of 500 of the operator. (If I understand that parameter correctly).

If you look closely at the image before NR then you can see that some higher value fringing is removed by the algorithm inside the black area that is not removed. 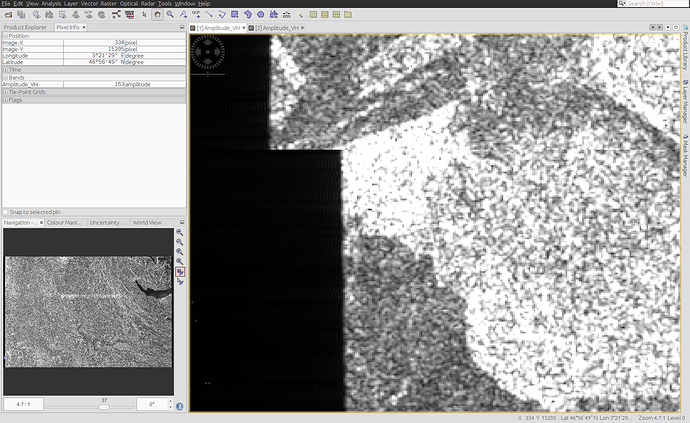 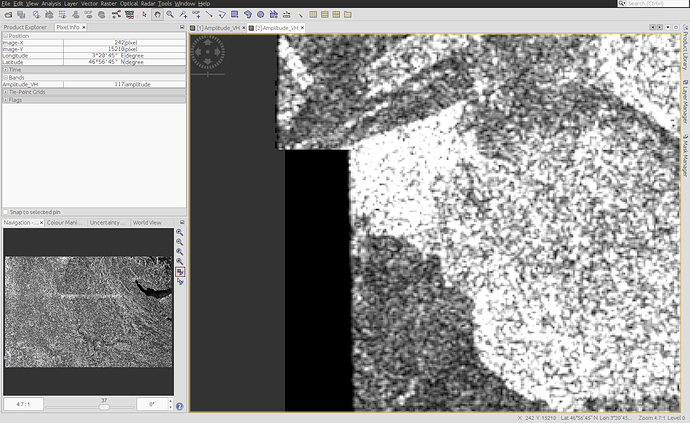 I also tried to increase the threshold parameter of the algorithm to 2 since on the left side of the image the amplitude sometimes reaches that value but that did not change anything.

Before NR (left side of image) 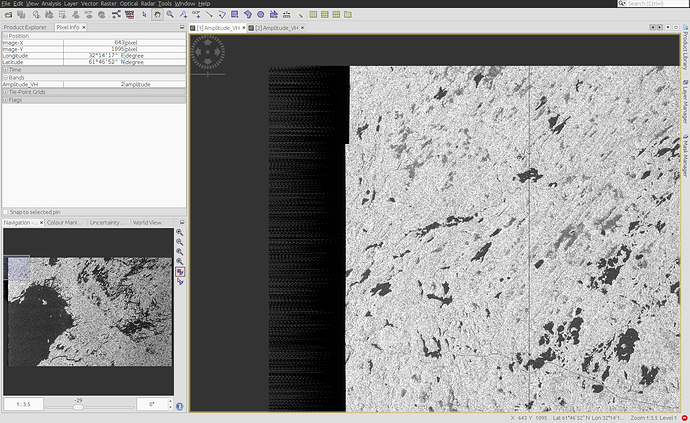 After NR (left side of image) 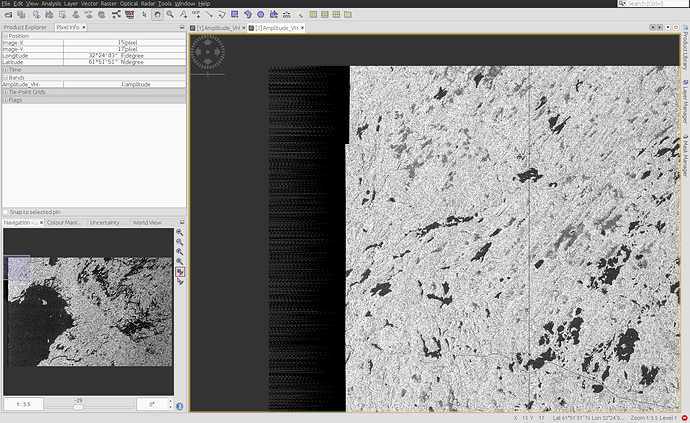 Before NR (right side of image) 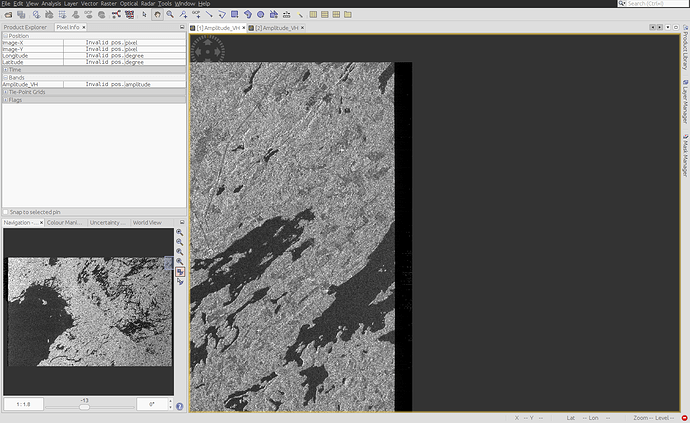 After NR (right side of image) 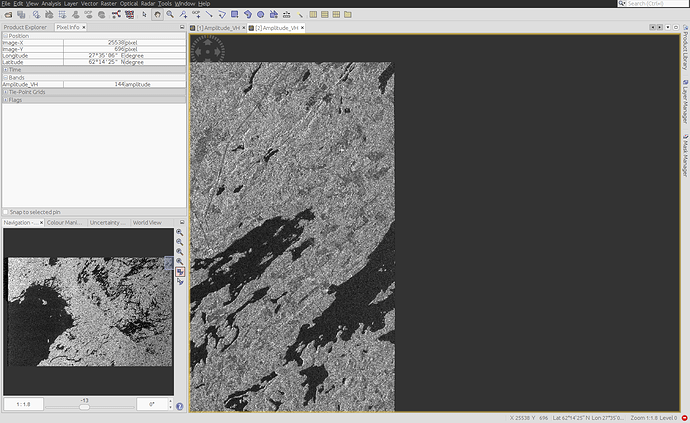 Yes, it’s not the best. It can work with some products and not others. It relies on the noise vectors in the product and these may be different depending on when it was processed. We may need to adjust the strategy a bit depending on the processor version.

Is this sorted yet?
Like, I mean I still see these Black stripes in a mosaicked image post Border Noise Removal.
How do I sort this.

Would it make sense to remove noise before mosaicing?

I used Border Noise Removal - But I still see few stripes at the edges in the mosaic.
For instance,

Please increase the feathering parameters to the amount of pixels of these stripes.