Reprojection leads to some NaN data

Recently I had the issue that after re-projection some values had turned into NaN values. Usually the re-projection works fine, but in this case it removed all values < 1. I checked all settings, but there was nothing that I could figure out could be the reason for this.
I don’t need an answer or solution (I can work with the img file from the .dim, which seems to work fine in QGIS). However, I just want to mention it, for in case it is a bug.
Here are the screen shots.
Original (note the low values where the mouse pointer is): 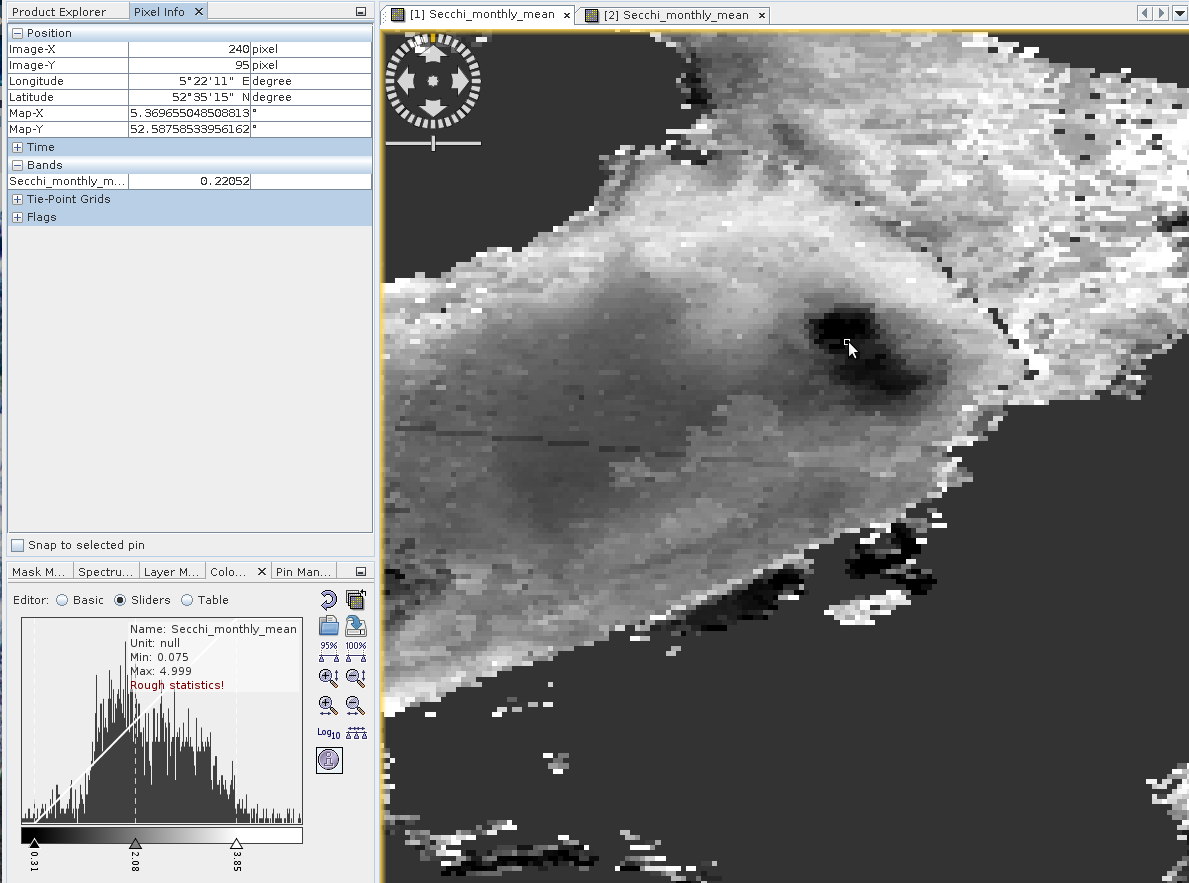 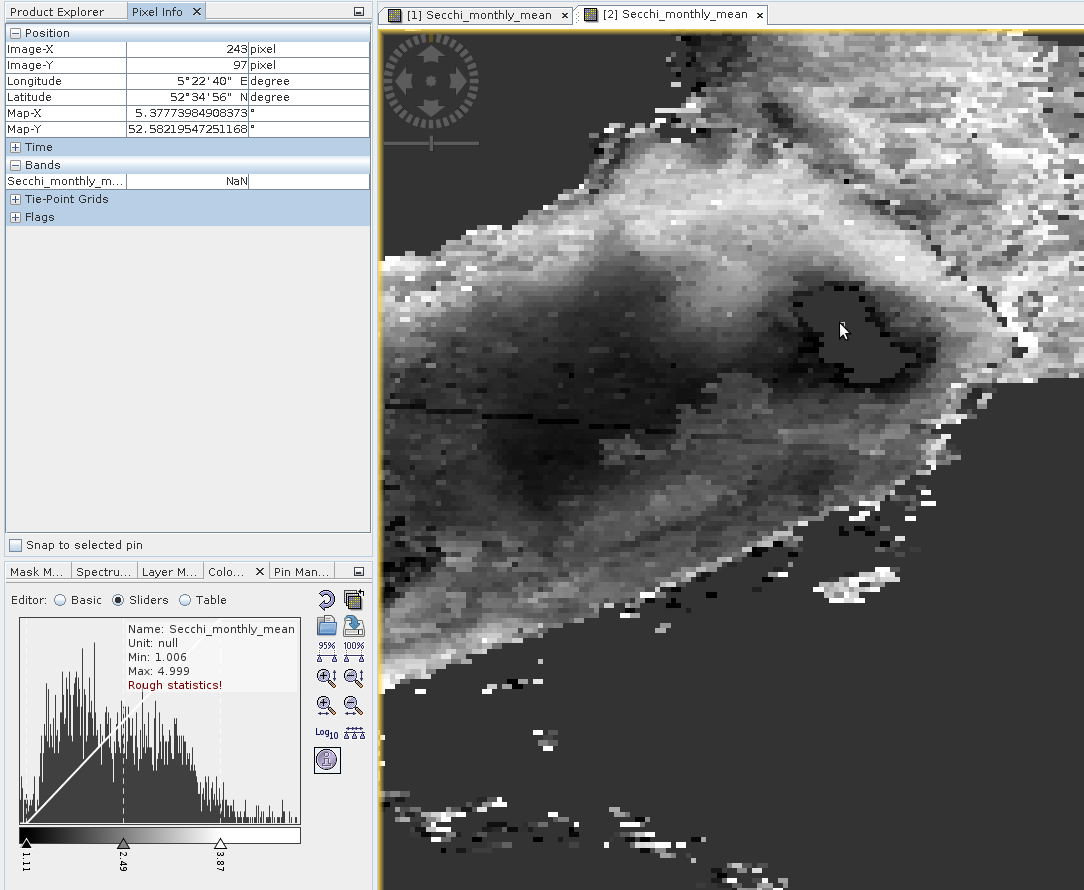 Indeed this is a strange behaviour. Can you show me the properties of the band? Open the Information window from the menu at Analysis / Information and attach the screenshot. Thanks!

This is the screenshot of the original: 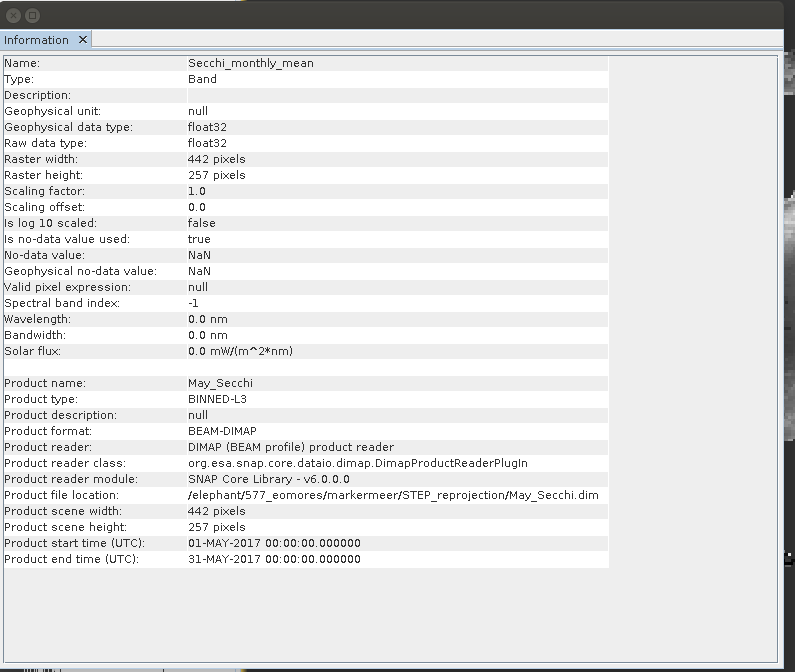 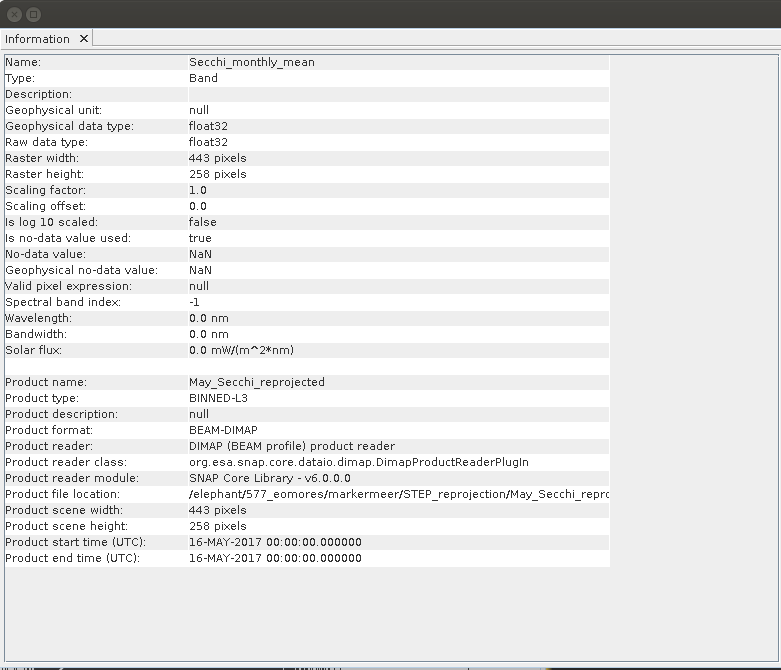 One thing I see (from the file paths) is, that you probably reproject twice. Also, the map looks the same in both images.
Maybe it is the same problem as described here:

I tried to reproduce the described behaviour. What I’ve observed is that the NaN values are only introduced when trying to reproject to the same CRS, and doing this does actually make no sense. I’ve tried with a resampled S2 MSI L1C product which is resampled to 60 meters. The CRS is already UTM 33N. If reprojecting to Geographic Lat/Lon (WGS84) everything looks good. Reprojecting to ETRS89 / UTM zone 33N works, also reprojecting to UTM 32NN works. What does not work is to reproject to UTM 3…

Thanks, this must be it!
I was reprojecting all data from S3, because I create maps in QGIS. As the normal S3 images come with a tie point grid that was needed. That’s why I did the aggregated product as well, but in the aggregation it got coordinates per pixel. I had not realised that the algorithm does that.

Thanks a lot!
Annelies