Hello all,
Does anybody has encountered a problem I would call “sun glint push broom” ?
My understanding is as follow:
The push broom sensor implies a look forward look backward movement when acquiring a full scene, thus inducing sun glint effects over the water (depending on sun elevation, angle …) as seen on the screen capture

Does anybody has a magic technique (photoshop aside) to remove such effects or at least minimize the effects ? 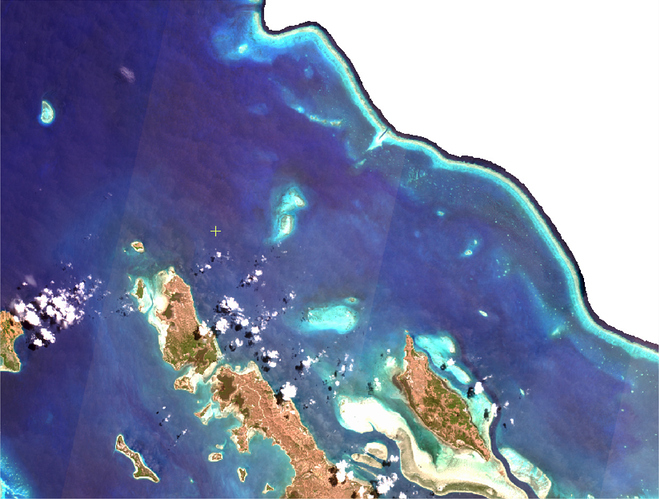 The effect is you observe is - as you surmise - due to the levels of sun illumination. The effect is dependent on the observation geometry, and - as a consequence - the 12 MSI detectors - facing as they do in opposite directions along the Orbital track - are each affected differently by this, which which results in the “stripe” patterns over homogeneous surfaces - such as sea and desert.
Over ocean, the intensity of this effect is variable as it is highly dependent on illumination and sea surface conditions at the time of acquisition; as well as the particualr season in which the image is acquired.

I presume some post-processing can be made to ameliorate this issue, but it’s not something I’ve ever undertaken.

Hi,
In a recent research project, we have developed a method to correct the S2 images for the sunglint signal. A paper is in review right now. But, I can apply the algorithm on your images if you are interested.
I give below an example over Venice area. Due to the lack of information on the proper viewing geometries for each S2 pixel, we get a thin stripe where the S2 sensors modules overlap.
Before sunglint removal 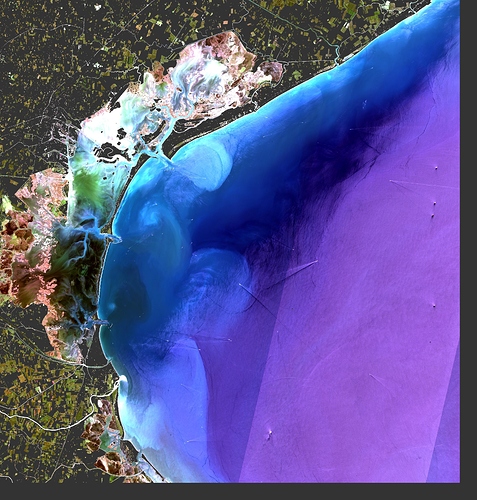 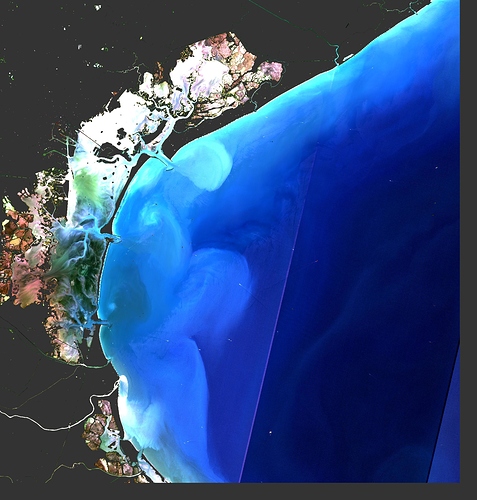 Hello Harmel and thanks for your answer,
Your deglinting algorithm looks very promising altough it still generates stripes over water areas.

I’d be very interested to read your paper about it, any idea when and where it will be published ? We’ve been working also on deglinting images (without satisfying results) as we are working in New caledonia (biggest lagoon in the world).