SAR mosaic - how to remove slant vertical stripes where scenes are stitched?

Anyone has an idea how to work on this? 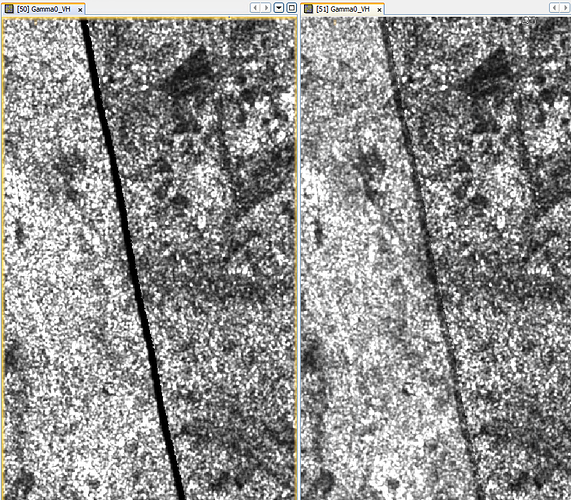 perhaps you need to deburst the images

For me as a new SAR user, another interesting new working step. But is it correct to deburst GRD products? As far as I understand, this working step has been already conducted in provided scenes:
‘For GRD products, the bursts are concatenated and sub-swaths are
merged to form one image. Bursts overlap minimally in azimuth and
sub-swaths overlap minimally in range. Bursts for all beams have been
resampled to a common grid during azimuth post-processing.’#
‘The input to the operator is the Sentinel-1 TOPSAR IW or EW SLC
product.’