Hi,
i have a lot of problem with instalation sen2cor 2.4.0 version. When I install this using cmd and run L2A_Process i get this error 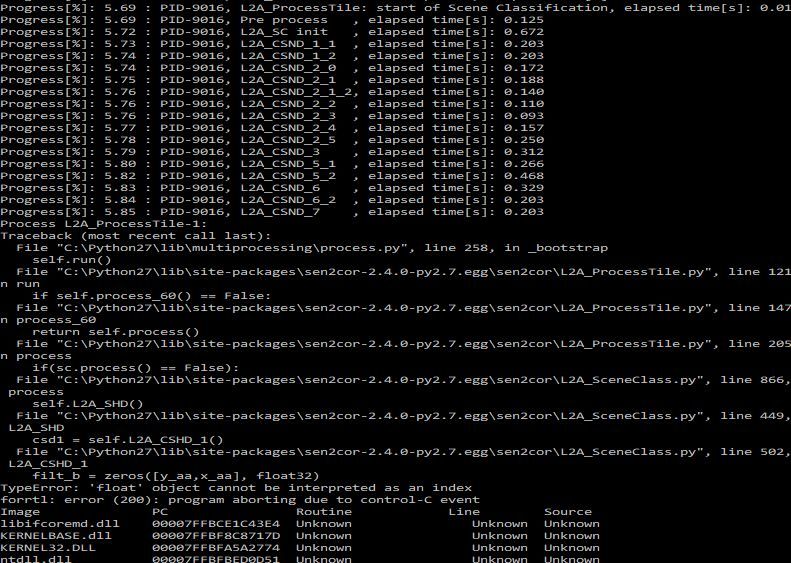 When i downgrade numpy to version 1.11.0 i get this error 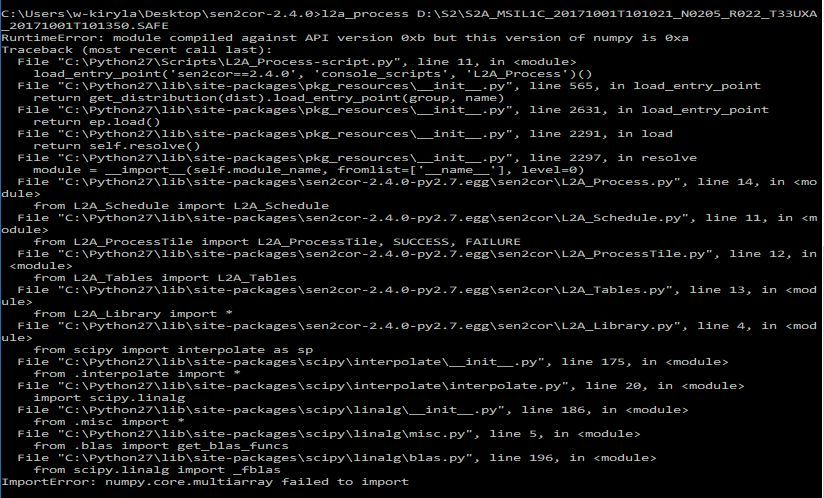 it seems you have another python environment installed and you are using it instead Anaconda when running sen2cor in cmd for Windows. Could you execute the command ‘python’ in your cmd? It will tell you which version of python are you using. If it is not Anaconda, then you have to modify your environment variables to change it.

On the other hand, have you tested the standalone version of Sen2Cor?

this is normal. you still have python in your path which is from Anaconda.
The ideal way to use sen2Cor is via L2A_Process.bat. AFAIK, this is working for you. Anaconda issue is another stuff. Probably a mess up in anaconda’s installation.

Also can you explain “old style” please? If this is something incapable by L2A_Process script, that can be fixed.

Hello,
i solved this problem I unzipped standalone version of Sen2Cor and added path to this folder in environmental settings in my computer That helped and process is performing via Sen2Cor 2.4.0 Thanks for help