We are trying to install the sen2cor processor in SNAP in order to perform atmospheric corrections in S2 LC1 products.

We first tried to directly install the plug-in through the SNAP/tools/plugins, but, as it is mentioned in some similar posts in this forum, it is required to first install the sen2cor processor independently from SNAP. Therefore we followed the procedure described in the Telespazio Vega User Manual, p. 29. Using a Win-7 64bit computer, we did the following:

2.1) The installation of sen2cor looks successfully complete. However, looks like the installation have failed in recognize the path for the environments _DATA, _HOME and _BIN (see attached image below).

2.2.) Despite the setting environment message above, we successfully tested the processor via the call 2A_Process --help, as indicated by the manual (see attached image below): 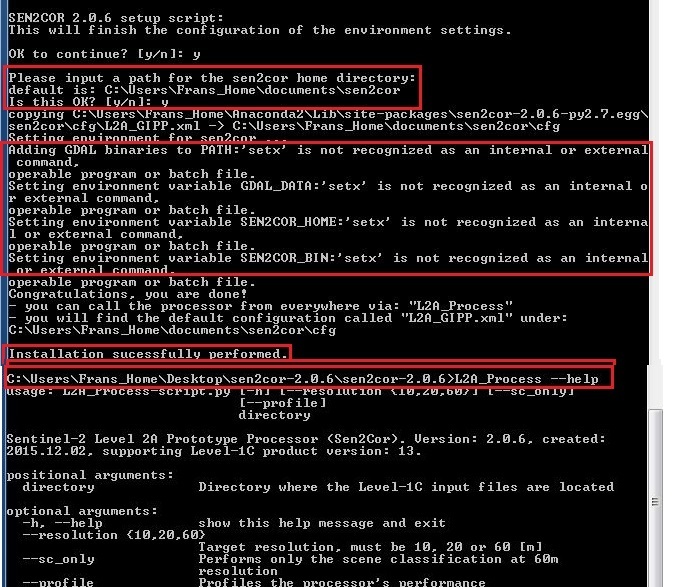 Do you have any comment of how to solve this issue and therefore install the sen2cor environments properly? We are new to S2 toolbox and we are not python experts. We think there might be an error in the ways the paths are located and tracked, but perhaps is something far more simple!

Hello,
i think you sholud uninstall sen2cor and Anaconda. By commandline use pip uninstall sen2cor (click yes) and next delete folder with environment settings (if was created) Next uninstall Anaconda and install again in properly path (dont change path. Installer ought to want install anaconda in C disk folder Anaconda2). Install again sen2cor.

Thanks for posting. Unfortunately it didn’t work. Sen2cor in SNAP shows the same message:

After which this window appears:

Any clue about how to configure the system variables value from here?

After uninstalling and reinstalling SNAP, Anaconda and Sen2cor and configuring the path, I tried to perform the sen2Cor process on S2A data and ended up with this error message, would anyone help me out please?

I don't know this program, but just entering sxstrace.exe doesn't get you much information because it needs some parameters. This problem is however not related to SNAP or sen2cor, but indicates missing libraries or drivers. Depending on your operating system some of these could help to find a solution: * https://help.ableton.com/hc/en-us/articles/209770865-Error-Message-Side-by-side-configuration-is-incorrect * https://answers.microsoft.com/en-us/windows/forum/windows_7-pictures/this-appl…

I cannot find the path of C:\Users\Frans_Home\Anaconda2\Lib\site-packages\sen2cor-2.0.3-py2.7.egg\sen2cor

Where did you install Anaconda?

If you use the latest version of sen2cor this is no longer needed as it comes as a standalone installer.

Excuse me ABraun , i installed sen2cor standallone version in window command prompt.
These are the environmental variables. I have also installed snap.
I tried many times to atmospherically correct an image of sentinel 2 through the commant prompt and sen2cor but it didn’t work.
Can i do the correction through snap as the sen2cor has succesfully been installed? 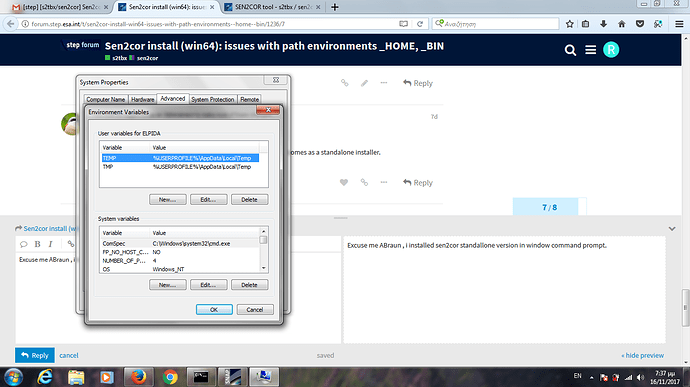 thanks in advance
R 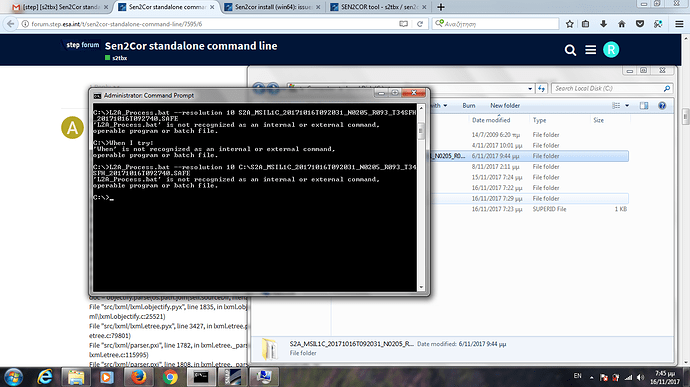 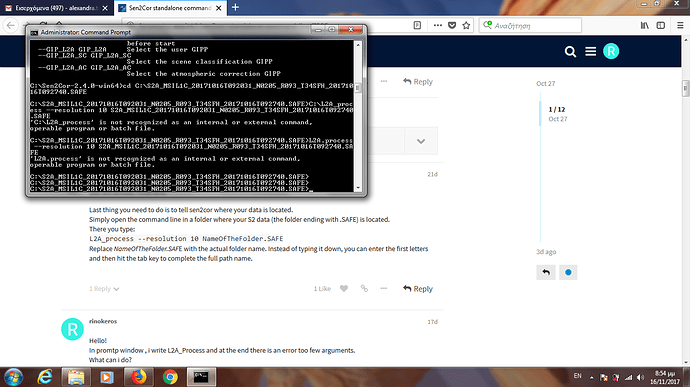 but it didn’t work.

can you please specify what exactly didn’t work? Otherwise we can’t help you.

you have to navigate in the command prompt to the folder where you have installed sen2cor and run it from there, if not, it will not find where is the executable. For example: 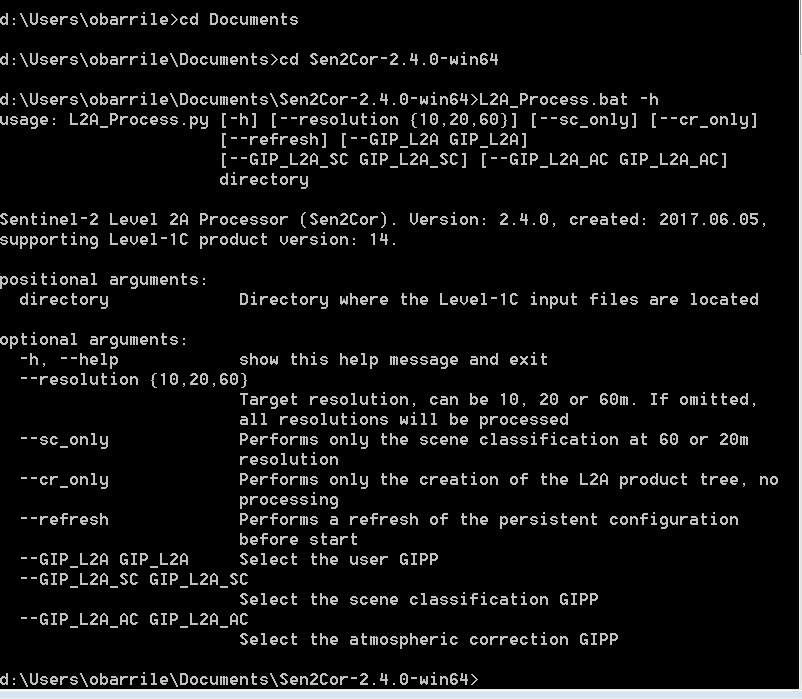 Another alternative is to include the path of your installation folder in the PATH.

It seems that i succesfully installed sen2cor (standalone version) . Now i have problem in atmospherically correct an image of sentinel 2, as you can see bellow 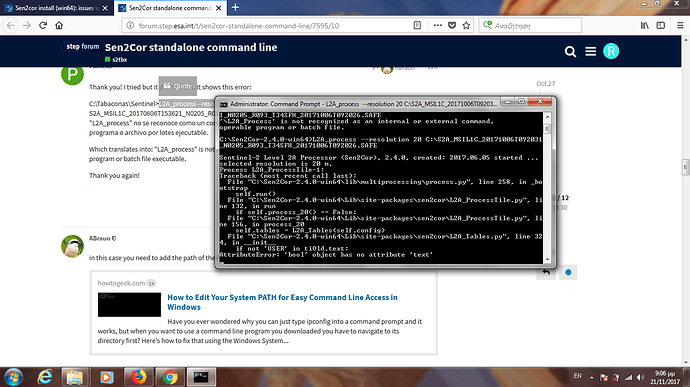 i tried again many times. At the end after 1 or 2 hours of processing ,the sen2cor terminated succesfully (resolution 20m) . From the new file that has been created the only image that opens in snap , is the MTD_MSIL2A. I suppose that this is the atmospherically corrected image. About the resolution of 10 m there is an error about the memory.
I run again sen2cor for 10 resolution and its fine!
The standalone version is super, easier and faster to install!!!
I can understand that i am not expert so i consume your time.
Thanks in advance
R