Hi, is it possible to find a link to download sen2cor version earlier than 2.4? it is impossible to install the new version for me that I am a beginner. I need that version to be able to follow the tutorials. Thank you very much and greetings

Don’t know if there is a source, but the standalone version of 2.4 doesn’t need any installation actually. It works right from scratch, at least using the command line (just as the previous versions):

I do not need to install anaconda? 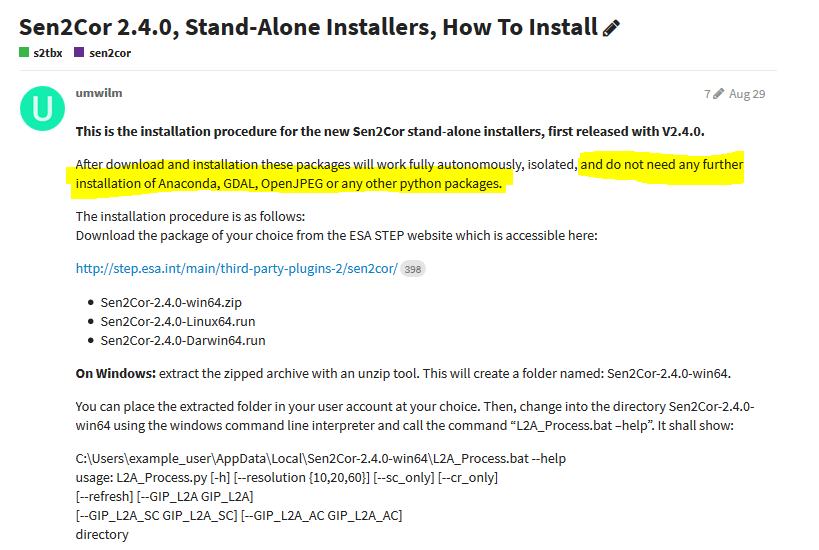 I can advise you to just follow the tutorial as you would do for the version shown in the video. I am a beginner too, but could get Sen2cor work within a day.

The standalone 2.4 will save you a lot of headache.

It works! thank you very much

Dear, the link to previous versions of sen2cor seem missing. could you please help me

I think they are no longer available because some bugs have been fixed and new product formats were supported since then.