Did you check up your product before applying sen2three?

Would you please to add up some more details, what are the process you applied before sen2three!

This is my L2A product folder

The first option is, try up to select only one resolution for instance 10 m, to find out sen2three works or not at all,

The second issue is,

Might be the solution is, download the L1C and use the last version of sen2cor to AC, converting them to L2A, and then apply sen2three, because most probably scenario these tiles were A. corrected using different method or different sen2cor which is ultimately not compatible with this sen2thee.

I’m not experienced with sen2three, but I installed it as described in the settings and ran it from the command line and get the same message
I tried both

None of them seems to work. I am not sure if we use the wrong input data or miss a crucial parameter here but at least it is not a case of your configuration.

For me the problems were solved by using version 1.2.0, which can be found on GitHub. An alternative appears to be sen2mosaic.

I have the same problem as @ChasLuo First I had problems with the installation following the official instructions: http://step.esa.int/thirdparties/sen2three/1.1.0/sen2three-1.1.0.htmldoc/sum.html#installation-and-setup. Anaconda 4.0.0 has problems installing Sen2Three due to contextlib2 library. This problem was solved with the latest version of Anaconda2.
Now I have the same problem than @ChasLuo. According to other users (https://github.com/umwilm/SEN2THREE/issues/1), the problem may be related to the change in the structure of the XML file that contains the image metadata generated by Sen2Cor 2.5.5. (and also 2.8.0).
Could someone help me find a previous version of Sen2Cor to install or the Sen2Three installer that @adriaan proposes?
Thank you

The previous version of sen2cor, version 2.5.5, can be found here: https://step.esa.int/main/third-party-plugins-2/sen2cor/ .

I was experiencing the same problem as @ChasLuo and have tried with version 1.2.0 but still have the same feedback.

Has any solution been found? @ChasLuo, did you find a work around?

Hey! ChasLuo. I have the same problem as you. Did you solve the problem at last? And how to solve if you process successfully by sen2three1.1.0? Thanks a lot. 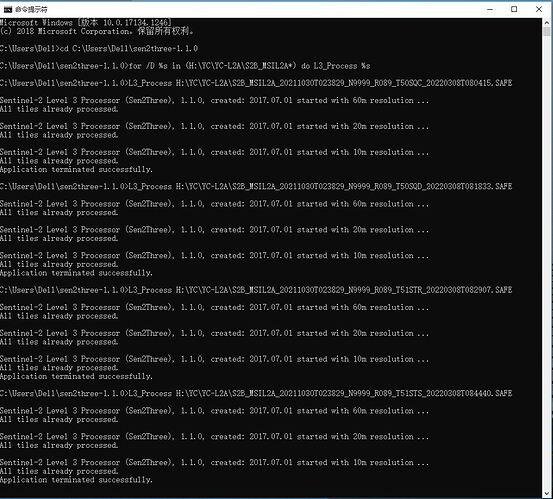