I am headed to the Karakoram Mountains for some glacial fieldwork in July 2017, and would like to plan field observations that coincide with Sentinel-1 acquisition dates.

In previous summer seasons, the Sentinel-1 acquisitions over the Karakoram have been relatively sporadic (compared with the 12 day repeat orbit acquisition plan), as I’m assuming the sensor has been tasked elsewhere. This spring and early summer, it appears that Sentinel-1A is on a consistent 12 day acquisition plan. Does anyone know whether ESA plans to continue this acquisition pattern throughout the summer? Is something going on with Sentinel-1B? I don’t see available imagery from recent weeks.

Thank you for any information you can provide!

As an update to my own question, S-1B planned acquisitions for the month of June, 2017 below: 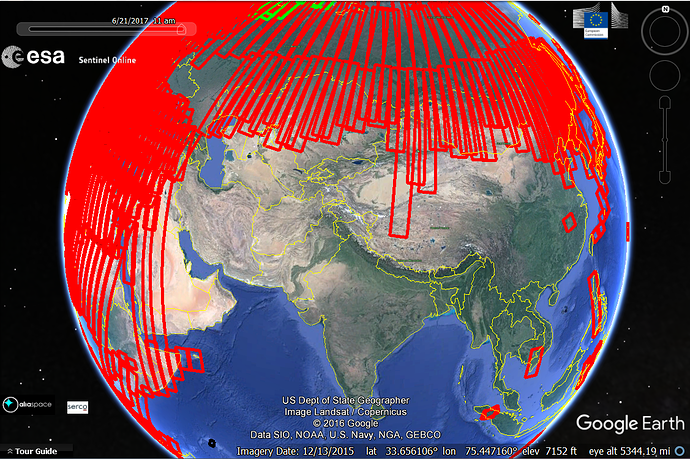 Anyone know why most of Asia is left out of the acquisition planning for S-1B since Feb 2017?

Does that mean that most of Asia will not get a 6 days temporal resolution?

I don’t know whether/how the observation plan will change in the future.