Sentinel-1 image and shapefile not overlaid

Need your help why my Sentinel-1 image was not fit with its corresponding shapefile?

I’m newbie. I use SNAP 7.0.0. I did preprocessing a Sentinel-1 image (GRD, IW, Decending) following a recent paper ‘Sentinel-1 GRD Preprocessing Workflow’ (https://doi.org/10.3390/ECRS-3-06201). In order to save time, I subset the image to smaller region and to VH polarization only. In Terrain Correction I set map projection to UTM Zone 49 South. I translated those steps to the graph that shown at below. It worked fine. 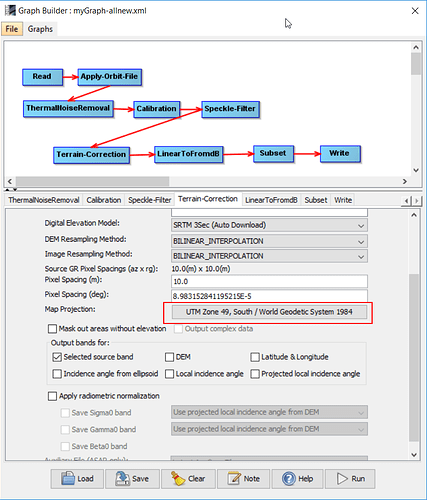 The problem appeared when I tried to overlay the image result with its corresponding shapefiles (Indramayu administrative boundary, West Java, Indonesia) through Vector > Import > ESRI Shapefile. They were not overlaid (shifted quite far) as seen at below. Note: the shapefile also has the same projection UTM Zone 49S. To make sure I used the correct shapefile, I converted it to KML and opened it on GoogleEarth. They fit each other. 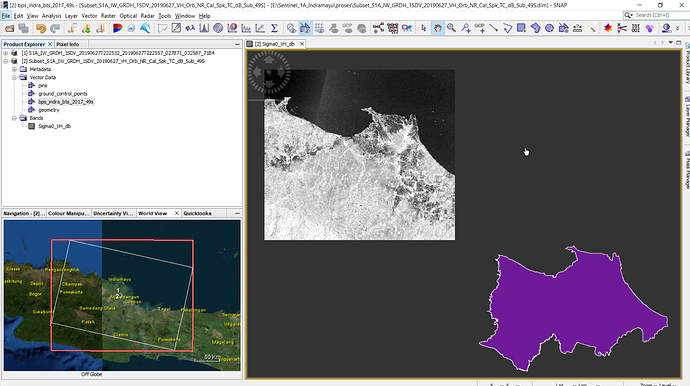 Finally, I found the solution. The Subset image step must be excluded from the Graph. Let the pre-process for the whole image first. My steps were: Apply-orbit-file > ThermalNoiseRemoval > Callibration > Speckle Filter > Terrain Correction. The result depicted at below. 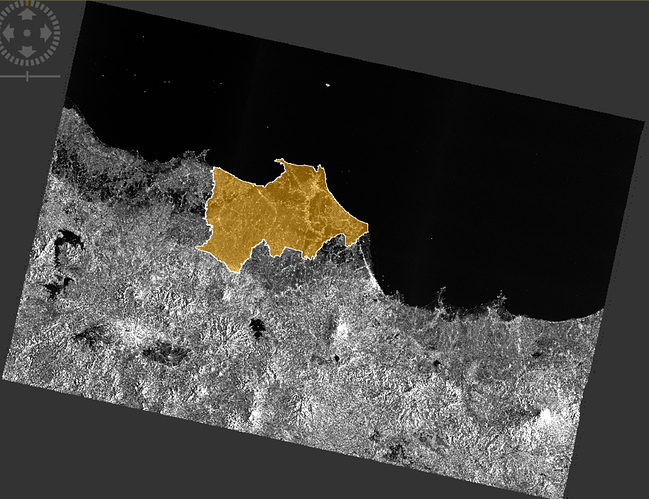 Your welcome ABraun,
But I wish ESA could provide SNAP user to subset Sentinel-1 image to smaller region in a Graph that I faced the problem above. It can reduce processing time and computer space capacity. I’m waiting for the SNAP update.