I found something interesting,
So I research the effect of incidence angle close range and far range to Palm, interestingly after all normalization, I found that backscatter intensity in far range is slightly higher than close range. This is opposite from majority papers that I read. Have someone found a similar case? and give me suggestion papers that can support my finding?
Thank you

I wonder where can you see it (could you give an example?). Maybe dependent on the topography of the particular scene?

Having higher intensity values in the far range of a SAR image might depends on the following: 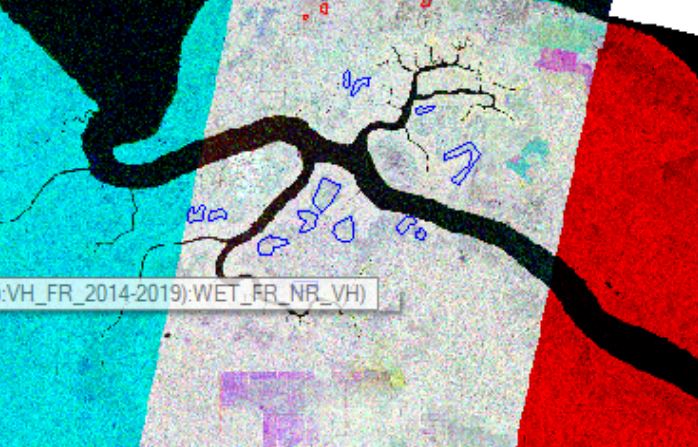 Thanks john, but this number actually from the same polygon in the slice area where close and far are overlapping. According to theory, the near range should have higher scattering back due to the distance is closer, so stronger signal. But, in my case the far range is slighlty higher.

What is that you are looking at for your research? is it palm trees? or different kind of crops?

yes I only focus on palm trees (sago palm, oil palm, coconut palm). So, for one palm, I made polygons in the slice area, at the end, one polygon will have two backscatter numbers, one for near one for far. The result so far, oil palm has quite stable backscatter value throughout near and far. But sago and coconut are usually having higher backscatter in far rather than near.

I also think that leave orientation or surface roughness could be the reason, since sago and coconut are planted in more open space, so maybe the signal from near range scattered the bare soil more than the palm itself, compared to oil palm (denser).
But it is very rare finding the paper found the same.

Do you have any suggestion papers?