We are working using Sentinel 1 imagery for classification purposes. The problem comes at the Terrain correction stage of this graph:

The tool works but the result is shifted several meters. The parameters selected are: 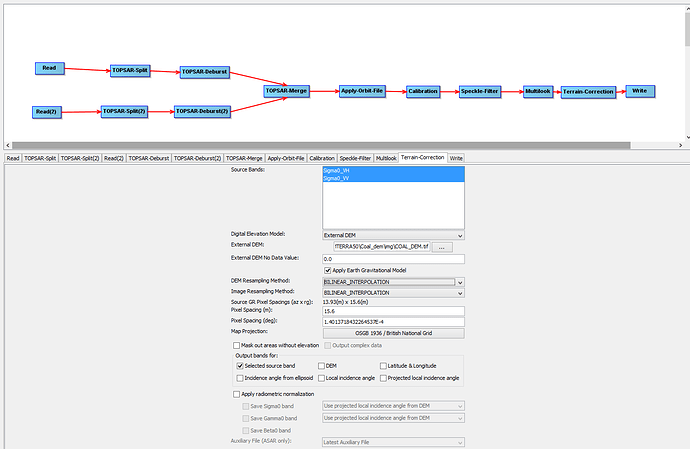 The results (we can see how those lines representing field boundaries are displaced several meters): 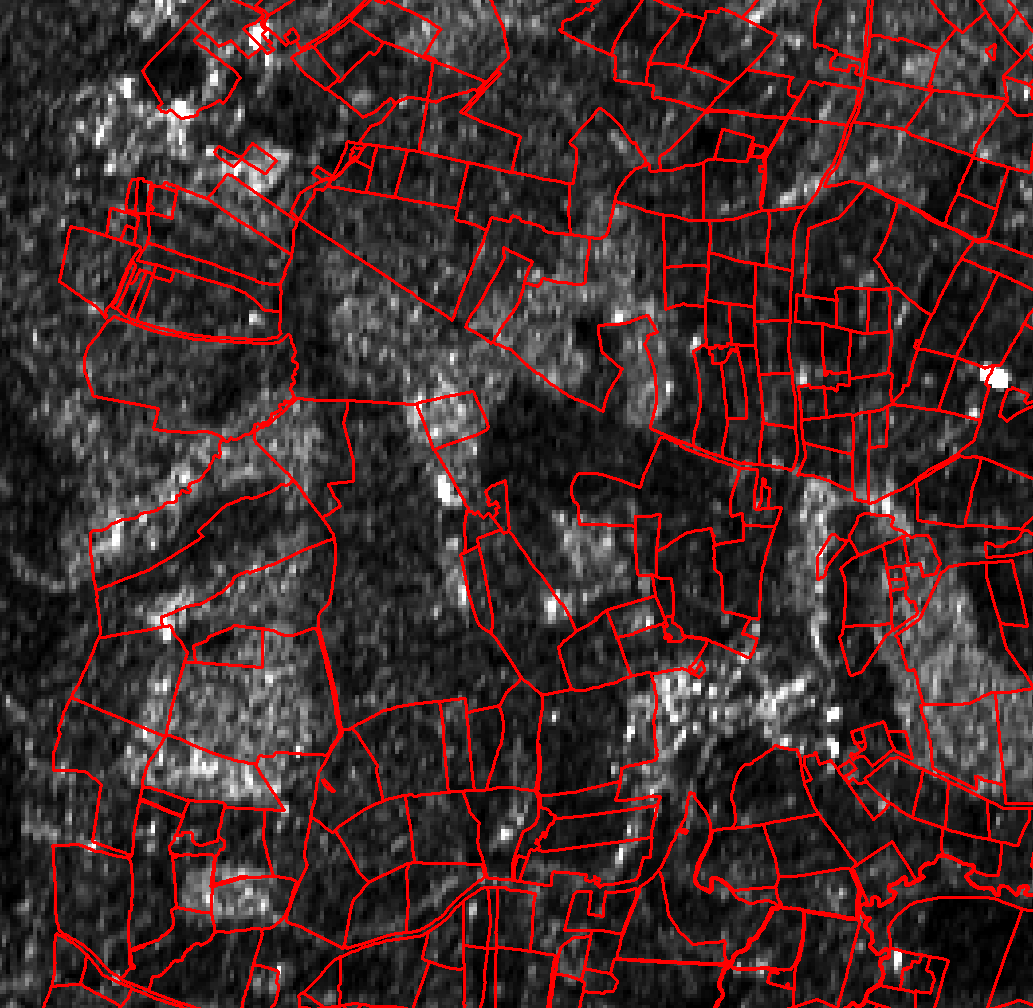 Could anyone help us out?
Thanks a lot in advance!

The product used is:

I too have noticed this shift when trying to project directly to OSGB within SNAP. It doesn’t seem to be product dependant.

Projecting to Auto UTM or WGS84 and then re-projecting to OSGB in GDAL produces the expected result.

Perhaps the OSGB in SNAP is not defined correctly?

I’m not sure if I understood you right, but the DEM must be in WGS84 for Terrain Correction, regardless of the chosen output projection.

I have tried using the SRTM Auto-Download (both 3-sec and 1-sec) and an external DEM in WGS84 to do the Terrain Correction.

When setting the output Map Projection to WGS84 or AutoUTM, the S1 scene is projected as expected. I can even reproject this data to OSGB using GDAL and it remains in the correct location. However, when Terrain Correcting directly to OSGB (EPSG:27700) in SNAP, there seems to be an offset that @msanabria is also experiencing.

Could this have something to do with the Datum?

Projecting to Auto UTM or WGS84 and then re-projecting to OSGB in GDAL made it work as expected.

Regarding the software, I still do not understand what could be the reason.

I wonder if “Apply the Earth Gravitational Model” has something to do with the issue.

Digging this thread out, as this issue with EPSG 27700 still occurs in the wild:

- which operating system are you using? Ubuntu 20.04.3 - which environment i…s pyroSAR running in? anaconda environment - which version of pyroSAR are you using? 0.14 - which function of pyroSAR did you call with which parameters? geocode, with external DEM This might be a quick one, and maybe just needs a sentence added to documentation, but I noticed a ~100-150m offset in GRD data processed with the geocode function, with the range-doppler terrain correction. I'm using an external DEM, which links to a copy of the copernicus GLO30 DEM. In my initial attempt, I had externalDEMApplyEGM=True (the default). I ended up with a similar offset using the default SRTM DEM, rather than an external DEM. After some exploration of different DEMs and keyword argument combinations, I resolved the offset issue by setting externalDEMApplyEGM=False in the geocode function. Is this expected behaviour for this function or have I missed something (quite likely!)? Thanks again for a super-useful package! Best wishes, David