Hello, My Friends …
I try to Generated DEM with Sentinel1 data.
After I read most of the articles here about generated DEM, I download more than 4 pair for Sentinel 1 with different dates and I choose the best pair to show the result here …
2 images of Sentinel-1 with temporal baseline 12 days and perp… baseline 172m…
my coherence very good with mean 0.7 as shows here 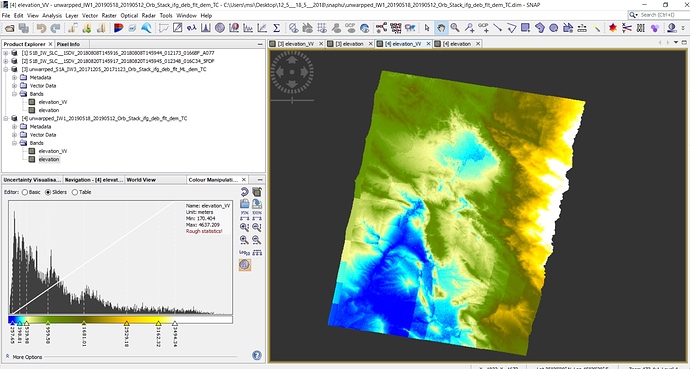 Ammar, have you perfromed the Deburst operator?

Dear Tomcator ,thanks for your replay.
Of course I performed Deburst step and all other steps without any problem …
But I think I found the source error , which is I used reference DEM with UTM coordinate and now I try with geographic coordinate and I get best results as shown below with one line in red box… 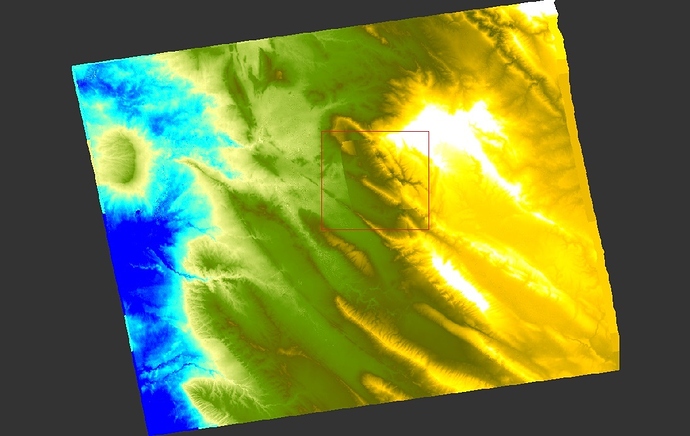 during the unwrapping, these patterns are sometimes introduced.

Try to reduce the number of tiles and add a considerable overlap instead. An explanation is given here: SNAPHU parameters

So you can try to increase the tile overlap firrst and reduce the number of tiles a bit as well. If this doesn’t give better results, try SMOOTH instead of TOPO. Lastly you compare MST and MCF for the unwrapping.

Dear ABraun, thank you for your replay and soeey for my late replay but all time yesterday I try with all parameters of snaphu export since I know my problem with these parameters because of my interferogram result with no phase jumping or any unnormal line. Finally, I got the excellent unwrapped image with the number of tiles 1 for rows and columns in my image of 3 bursts default another parameters as shown below
22.bmp (1.7 MB)
One case I get a good unwrapped image with DEFO option with default other parameters as shown below
25.bmp (1.7 MB)
these images for to scene of S-1B.
My question …what best method to mosaic them images from two scenes? I used SAR mosaic images after all processing and it has done but with the different legend or don’t read elevation as shown in below image 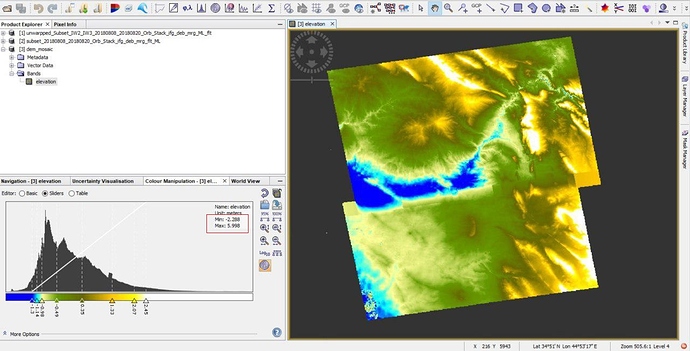 26.jpg1280×652 133 KB
another way I made moseic after unwrapping step and the result very good as shown below 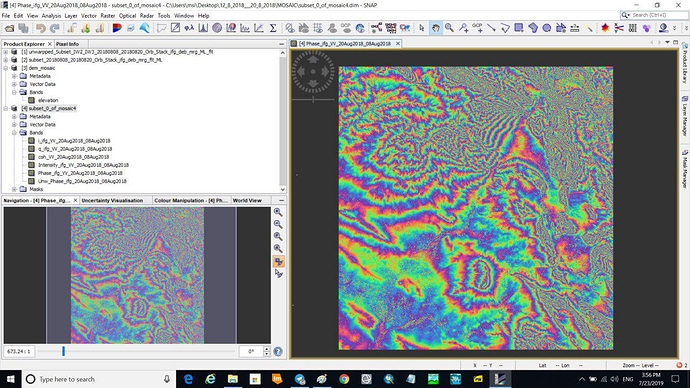 Instead of mosaic you might want to try the S1 Slice Assembly operator.

After any step i can use Slice Assembly ? after interferogram or Deburst ??

I haven’t tried but I would test it after the unwrapping. If that produces harsh boundaries, apply it after the interferogram generation.

It is important to check the unwrapped interferogram (your screenshot shows the original one).

I have to unwrapped with overlapping area as shown below 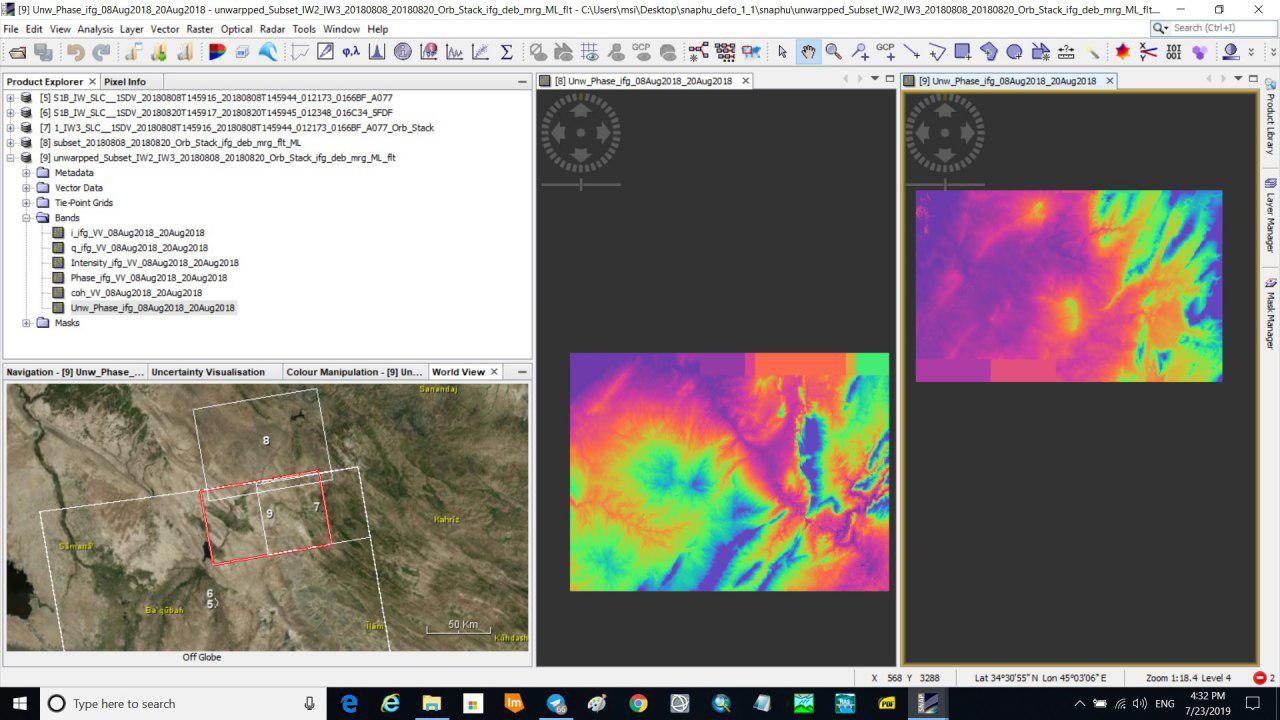 Maybe someone has an idea? 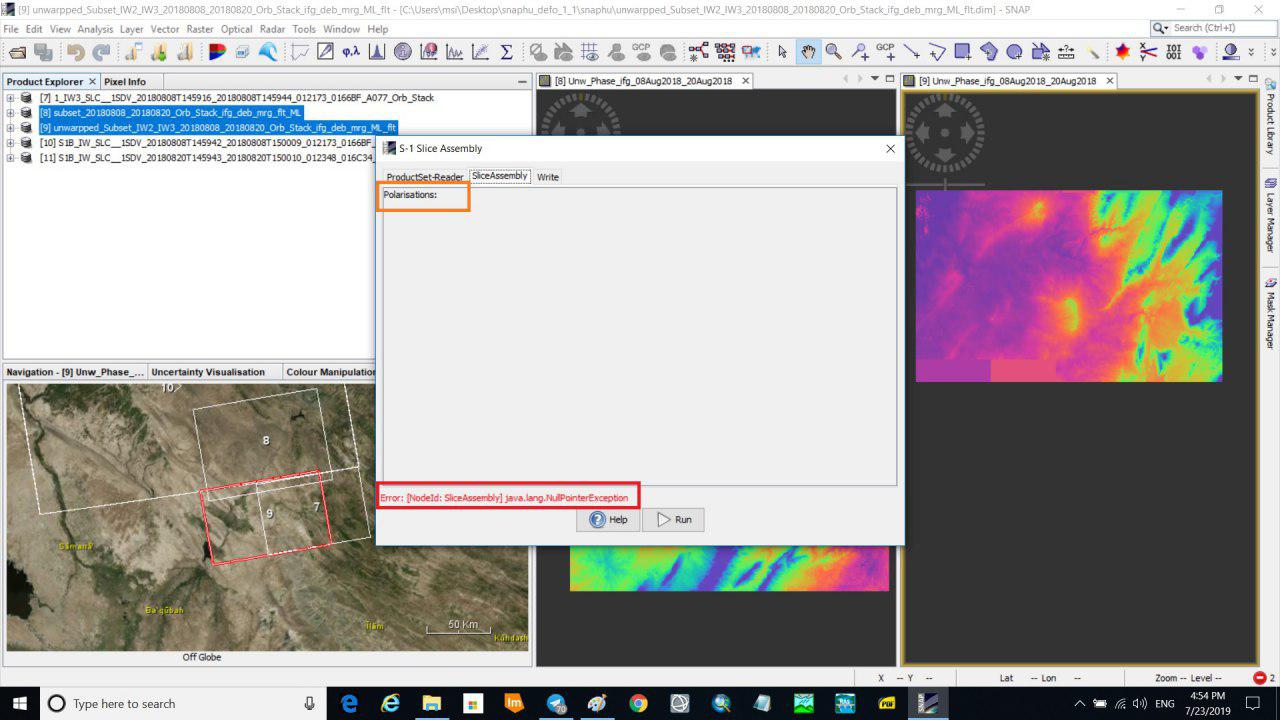 30.jpg1280×720 115 KB
It same this option found in deburst and merge step.
I try Slice Assenbly after interferogram but also with error message as below 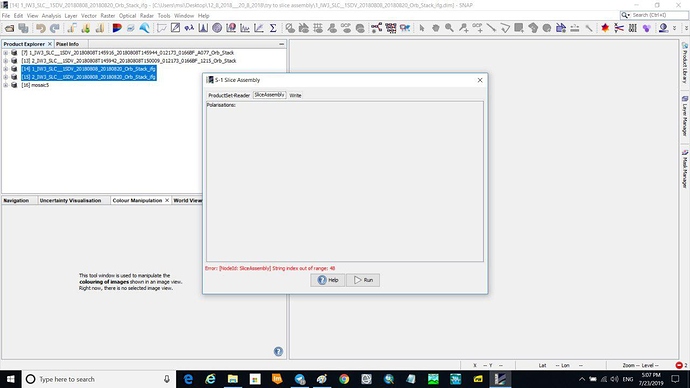 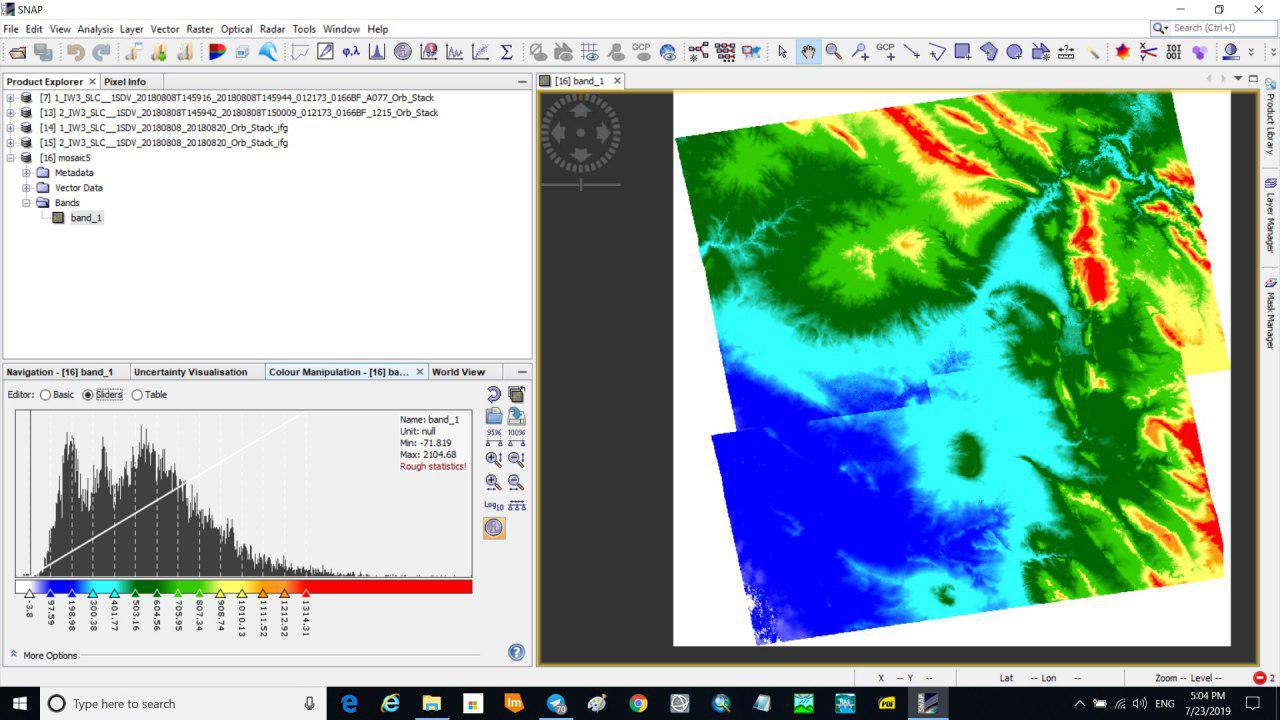 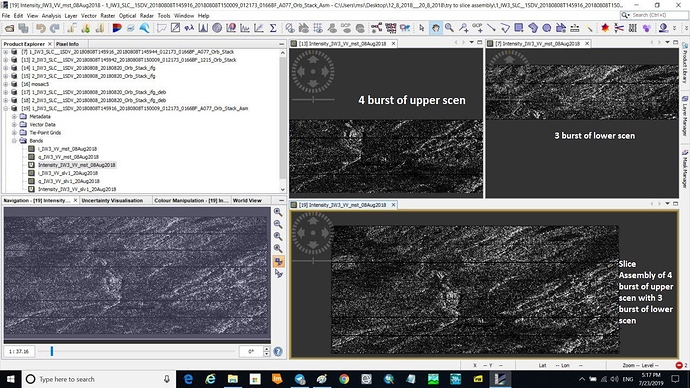 After that I made interferogram as shown without any problem 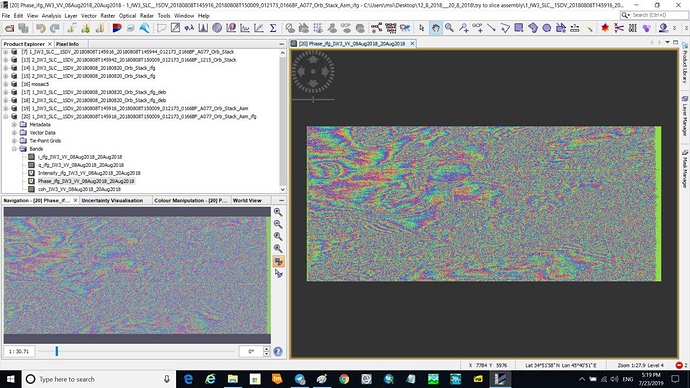 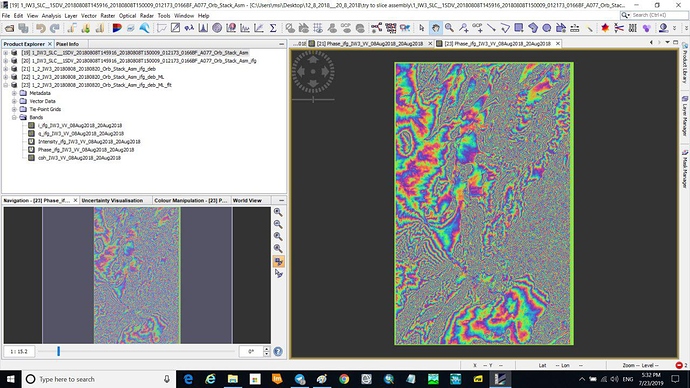 After any step i can use Slice Assembly ?

Slice assembly could be done, after TOPSAR split , Please take a look at the following similar post,

Dear Falah …
Thank you so much