I have found image artifact on many Sentinel-2A MSI L1C products.
Band B12 (2190nm) seems to replicate spatial patterns at different locations, at very low pixel values, for the different baselines (02.00 to 02.04). This can be seen on water bodies (eg. sea, lakes) applying a histogram stretch on B12 low pixel values.
This artifact has been demonstrated by displaying B12 in other software, hence should not be related to SNAP.

Here a screenshot reporting the problem, where it seems that the spatial shift is related to each single acquisition strip. 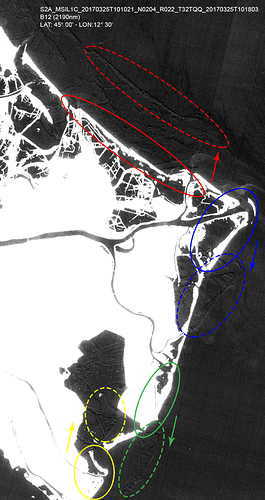 Do someone of you found this kind of artifact on B12 bands?

could be some kind of a ghost effect. It is mostly observed over water in coastal areas or at the transition between cities and vast surroundings. It is also known as ‘ghosting’ or a form of crosstalk. 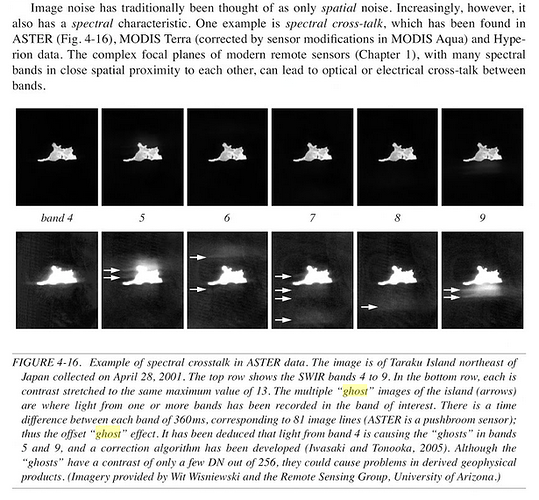 Publication dealing with it in the context of Landsat 8

The Thermal Infrared Sensor (TIRS) has been collecting imagery of the Earth since its launch aboard Landsat 8 in early 2013. In many respects, TIRS has been exceeding its performance requirements on orbit, particularly in terms of noise and...

Publication in the context of ASTER
http://ieeexplore.ieee.org/document/1542345/