Some experiment with the Beirut explosion's aftermath

Hi, news of the explosion in Beirut are very sad, I hope nobody from this forum has suffered losses.

I was curious to see what of the aftermath of the explosion is observable from Sentinel-1, and I tried to replicate the displacement mapping tutorial with two images before and after the explosion. It seems that Sentinel-1B has already passed over the area. 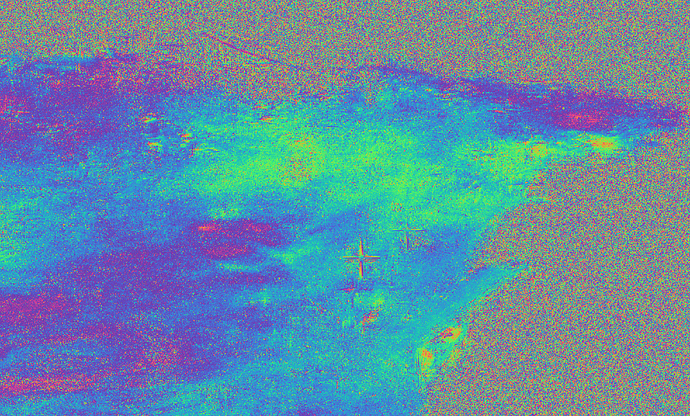 As a complete non-expert, I can make these remarks:

thank you for sharing.

I cannot tell much about the plausibility of the patterns (especially the red circles), but if you want to get rid of these cross-like patterns, you can decrease the adaptive filter explonent in the Goldstein phase filtering to maybe 0.3. This is often observed in urban areas where artificial structures cause these phase artefacts.

You may be interested in some work by a group at NASA looking at the same site with the same data: https://earthobservatory.nasa.gov/images/147098/scientists-map-beirut-blast-damage

Their results indicate that the damage detectable with SAR is localised to the region closest to the blast site, which would be the upper-middle part of your image, near the wavebreak. 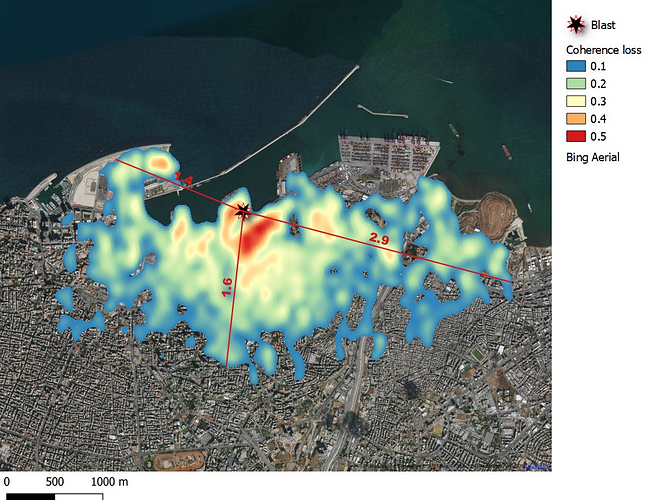