Subset giving me an extra band not asked for

I am having a really odd problem using GPT which I wondered if you had any ideas about. I am simply trying to subset 1 band (the DEM) from a stack of bands that I have made previously during the same script but every time I try to do it, I end up with one extra band included that I didn’t ask for.

This is my input stack:

This is the graph: 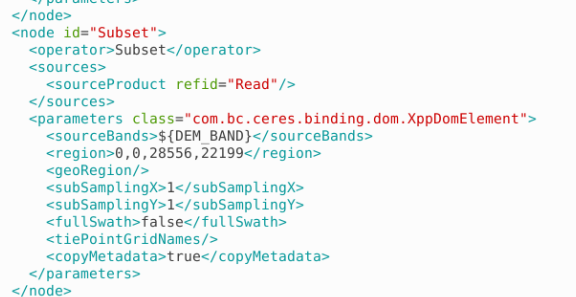 This is the GPT command I write in my bash (entrypoint) script:

And here is the log output when I’m running the script which shows that only one band is being allocated:

Even when I look into the processing node metadata it says there was only one source band input into the parameter (sorry its a bit blurry):

I’m very confused as to what’s happening at the moment - hope this has been seen before!

Mmmh?! Is the Sigma0 band used in the valid-pixel expression of the elevation band? This would be an explanation.