I am applying the following sequence of operators, with as input two separate bursts (on the same location). 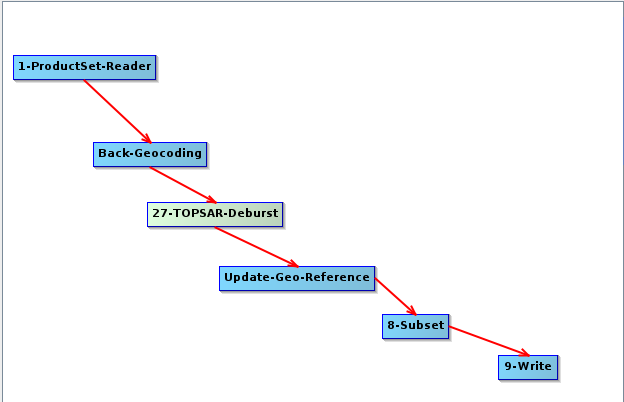 I am encountering the following warning:

No product is generated at the end. This seems to be right, when the region subset is indeed not located inside the source product used.

However, the specific region for which the subset is applied, is located inside the source product. To test this, I removed the subset from the previous operator sequence and wrote the product to a nc file. This product being equal to the entire subset.

Consequently, I applied the same subset by using a separate graph file. No similar warning was given, and it worked. 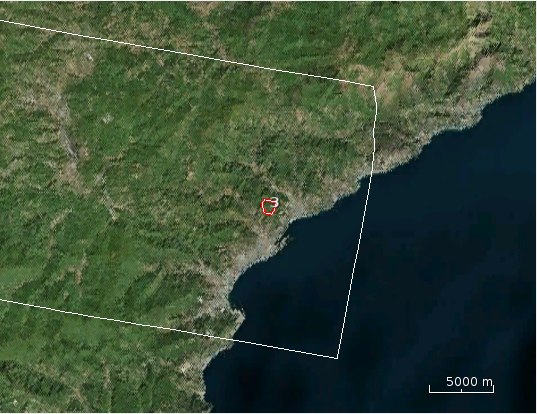 However, I’d rather not have the subset step to be applied in a separate graph file, as this requires saving the product in the middle. What could be the issue here?

instead of manually subsetting the S1 image you could apply the TOPS split operator at the beginning and only selecting one or two bursts (The Order of DEM Creating Steps). Then you could just apply Debursting (in the case of more than one burst) and run Terrain Correction for selecting a projection.

Thank you for your reply, but this is not exactly what I am searching for.

The input to the mentioned graph file, which I used, already is a single burst. This might have been not entirely clear, however TOPSAR split has already been used, selecting only one burst for two subsequent dates.

Furthermore, I could indeed use the “Terrain Correction” operator, however in this case this is exactly what I do not want. This is why I apply the “Update Geo Reference” operator. I want to perform a correction for the terrain, however without the interpolation that is included inside the “Terrain Correction” operator, as was stated in the following topic:

Dear developers, I was wondering the following. Would it be possible to output processed radar data to a file in its original satellite coordinates (so rectangular grid without any interpolation done to it) while having the coordinates itself terrain corrected? So for example, I like to take a subset from a debursted S1 product and output it to a file without any further processing done to it (just a subset of the raw data). In addition I like to have two bands that contains the lat-lon coor…

So, maybe any other suggestions?

I see, sorry for the misunderstanding. I actually never understood the purpose of Update Georeferencing to be honest.

@junlu, we followed your advise in the aforementioned post about using the Update Geo Ref (Ouput processed results with only coordinates terrain corrected).

However, we encounter the issue as outlined in this specific post. This seems to be a bug. Do you have an idea what could be causing this?

As an example I include here an image of the square (white) image over which we take the subset, and the resulting subset region (red): 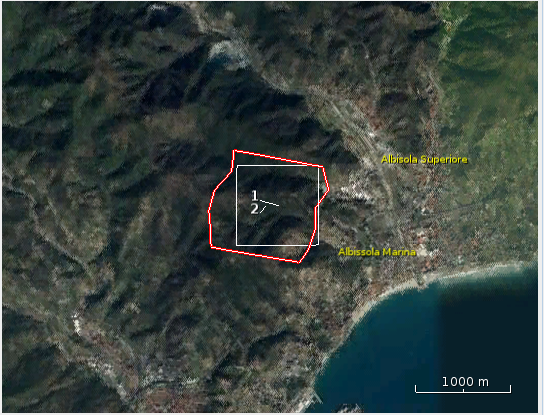 I am not sure what this is caused by. I was thinking this might have to do with the fact that latitude and longitude are specified in the “Tie-Point-Grids” and are not updated after using “Update Geo Ref”.

Might you have any suggestions? I appreciate the effort. Thank you.