Which of the options you suggest is better? I think the first, but I would like to know your opinion.

Technically, any area with good coherence can be used so, the first might leave you with fewer remaining areas (because bad coherence in one case might outvote good coherence in all other image pairs) but is probably the more obust way reagarding long time-series. If you see that enough areas with constant high coherence remain, I would prefer it.

But there is nothing wrong with the second as well.

Well I just complected the mask. I used the expression provided to the tutorial: 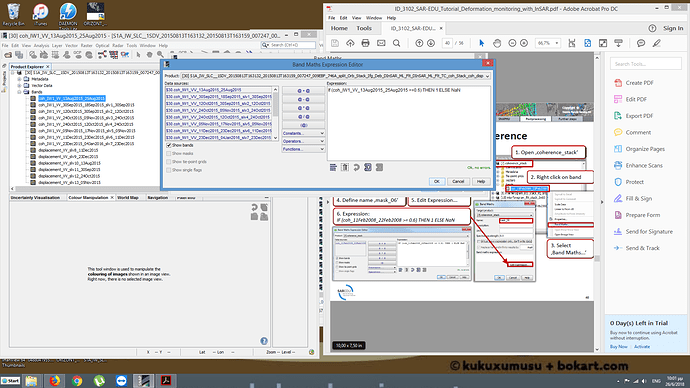 And my result is this: 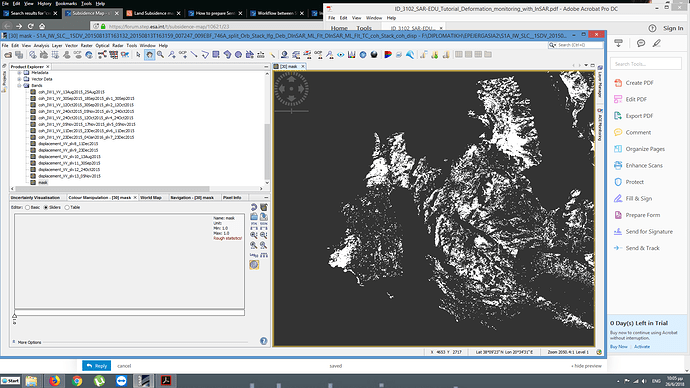 Ok. Now do I have to find a reference point in order to apply the mask? And if so, how do I choose the point? Does it have to be at the edge o the image?

no, you simply define a mask by stating "coherenceAB > 0.3 AND coherenceBC > 0.3 AND coherenceCD > 0.3…). This gives you a binary mask which you can then use in the valid pixel expression in the properties (mask = 0) of your deformation maps. This will automatically remove all pixels where the mask is zero.

What do you think of the result? 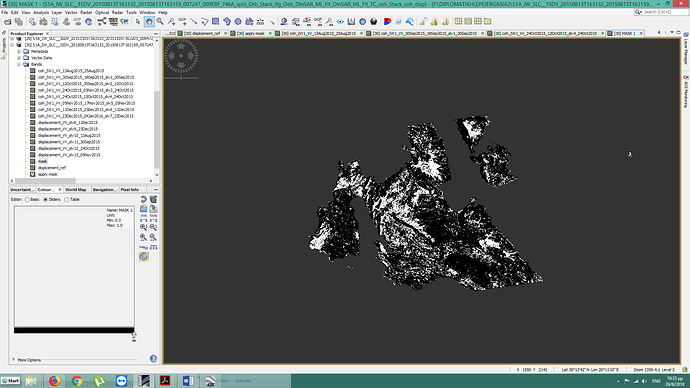 Sorry, that’s impossible to judge without context. You can use another colour scale and export it to Google Earth, for example. 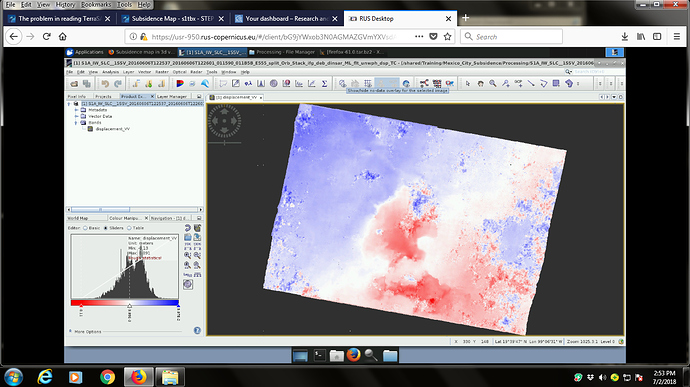 please have a look at this discussion on the masking of areas of low coherence:

Please correct me if I am wrong. With the first way I haven’t masked the areas with low coherence. Should I have done it before terrain correction? Which way is, let’s say, more accurate?

I did it after TC and not tried the way you have mentioned Abraun.

This is the result. But i want to know why this blue color is there showing uplift of almost 3cm? 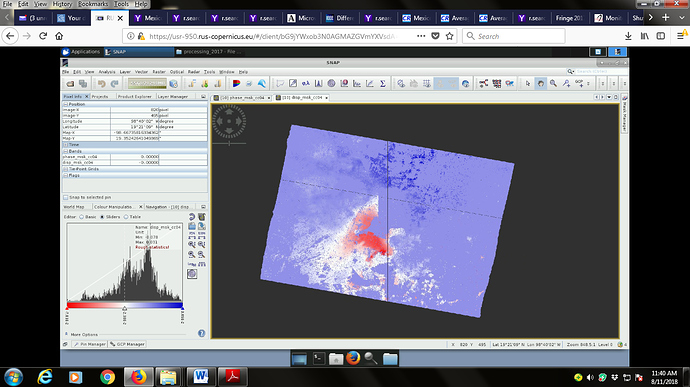 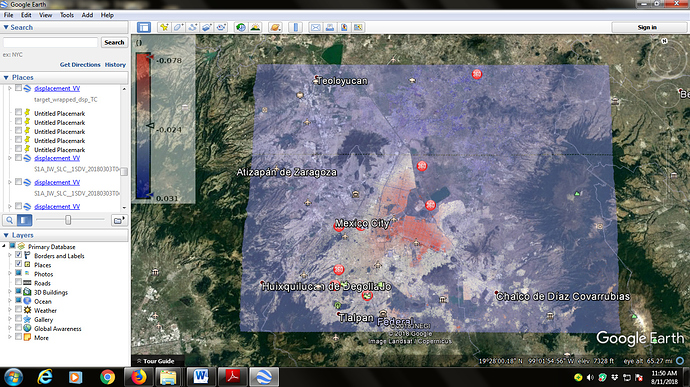 looks good!
Not every value in the product can be trusted. Mask out low coherence areas to have a more reliable result.
That requires the coherence band to be included in the final product, so you have to select it in the Terrain Correction step.

Have a look here: Subsidence map in 3d view

Good job! You got nice results!

Just pointing out that taking subsidence values out of unwrapped DInSAR results (after applying TopoPhaseRemoval), you must remember the remaining phase contributions of the phase you had filtered (with Goldstein) and unwrapped (deformation+atmosphere+noise).

Surely you still has atmospheric artifacts in the interferometric phase as well as other noise sources that you could remove using more advance interferometric techniques such as PSI, SBAS …

In the specific case of Mexico city, where the deformation is such high (in the order of 2.5cm/month) that other contributions could be not considered*, but only in such cases of high deformation.

Atmosphere still could produce errors of such magnitude, but limiting the area of interest to few kilometers you could limit the atmosphere differences among the image.

Thanks Abraun and Mdelgado.
I will keep on advancing as per your comments and update.

I had removed low coherence upto 0.4.

also in your exported image? It doesn’t seem to have any masked areas…

Dear ABraun plz tell where could be a mistake?
Can i mask out area color (light blue) from final product?
Is it seems coh thresholding is not proper?

PSI/SBAS could not be implemented this time. See it later.
Do you mean i should take a subset and then proceed?