You have to save the product with digitized geometries and then do the classification. I did the same mistake.

I do have the same issue

you can also ressamping the [S2A_USER…] to save as the ENVI format(choose you need resolution), and then processing in the ENVI software.

I have your same problem about “no data” and I did the reprojection but I didn’t get through the problem. Do you have some news about this “bug”?

Dear Pierro,
My issues were solved with the reprojection of the data before the classification.
Alzira

I updated everything to the latest version and it STILL doesn’t work. Now, there’s no mysterious red error, it informs you that classification has been completed at couple MB/s, but the resulting classified image doesn’t load properly. In fact, there’s no data in it (img file contains only 0xFF).
I have to say I am very frustrated. Did you ever test this thing?!

I can show you step by step what I do for you to repeat, but if you promise to actually repeat it and look what causes it.

Hi!
I did supervised classification also. To explain what I did, I write down step by step because something went wrong and the result were not what I expected: 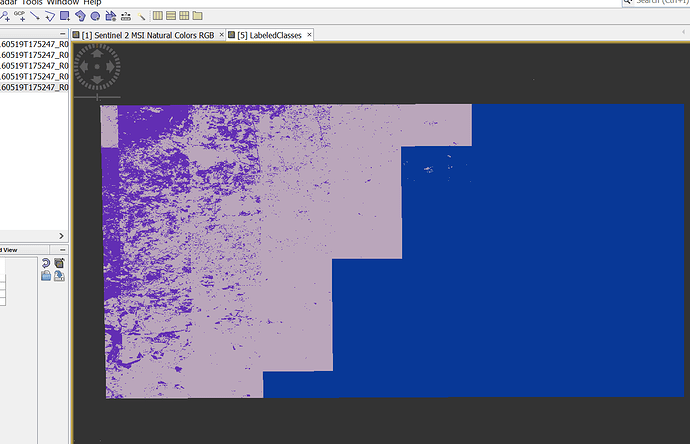 Almost the same (even worse) happened when I tried unsupervised classification ( K-means ): 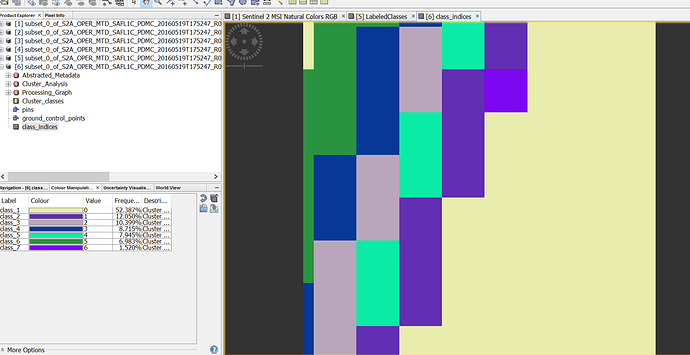 Any ideas what I did wrong?

what was your input data and why do you think the results are wrong?

How does one carry out a validation using the training dataset? I dont see where to separate the training and testing data 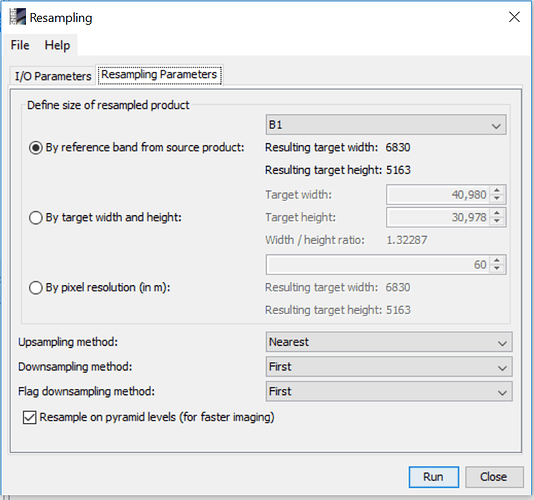 After resampling I subsetted a specific area using these parameters: 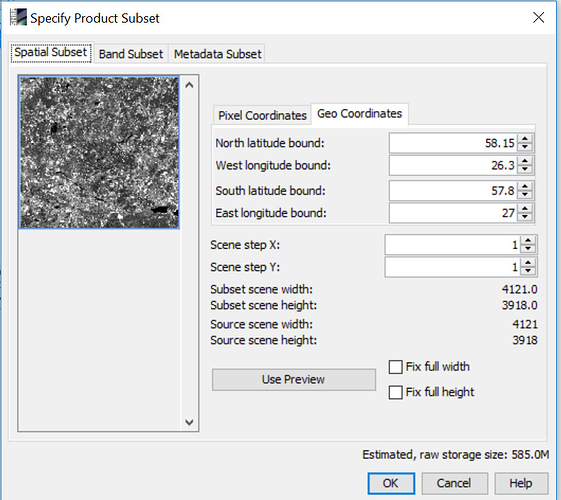 For the next step i defined geometries on the subsetted image and saved the project (file): 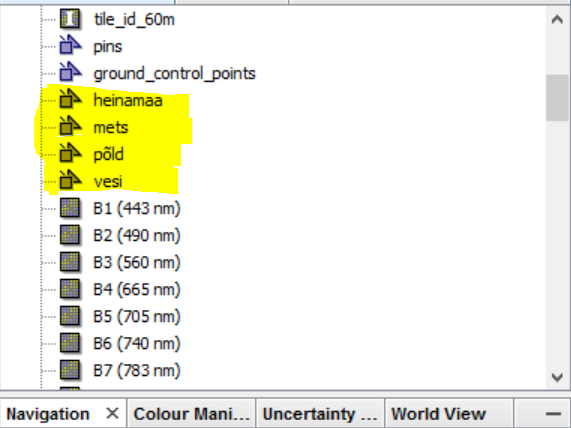 After saving I did these steps : Raster -> Geometric operations -> reprojection. When the reprojection was done i noticed that the image was streched from left to right.

The finished product was ( as shown in the previous comment): 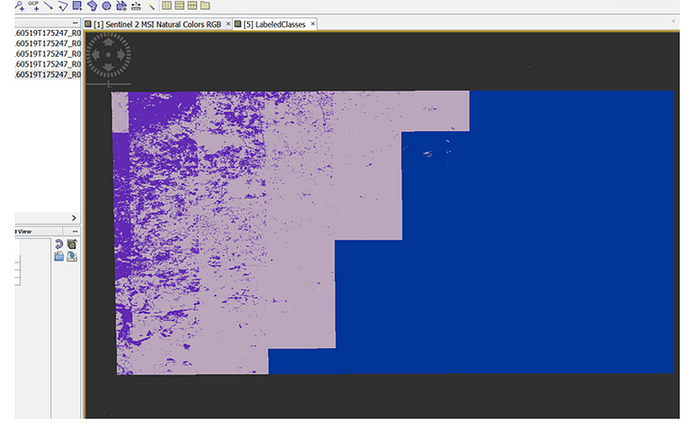 I know that the result is wrong because half of the image is covered with water, but it should be mainland including forest, roads etc.

I hope that now you understand my problem and have a solution for it. Thank you in advance!

Thanks Andreas for your speedy response. Question is, how does one do the
validation? How is it setup in SNAP?

I don’t think it’s possible in SNAP, but I can recommend the SCP plugin for QGIS 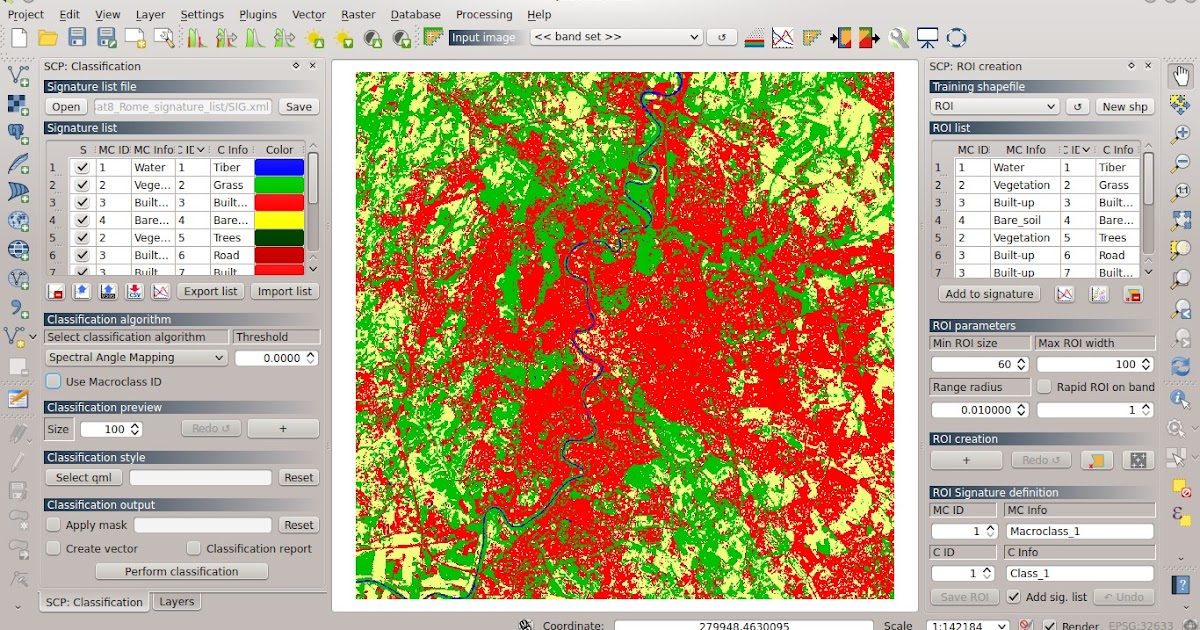 From GIS to Remote Sensing

From GIS to Remote Sensing

yes, it provides great post-processing options for classification. img-files of the dimap format can directly loaded into QGIS.

Ok, great. I will try QGIS. Cheers and thanks

Hi again. I am re-running the classification in SNAP and I get the following message:

Java.io.IOException: The device is not ready.

What could be the issue?

Often it is caused by a wrong path to a file.

I am unable to load dimap files into QGIS…what could I be doing wrong?

Don’t open the dim-file, this is only the metadata. Take the img-file from the folder of same name.