this still seems to be erroneous in SNAP. 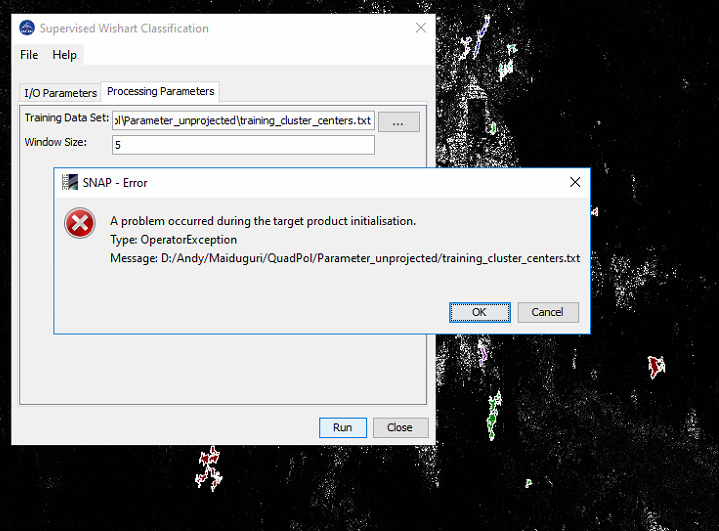 The clustered data seems fine, but baybe there is some kind of syntax error within the module. 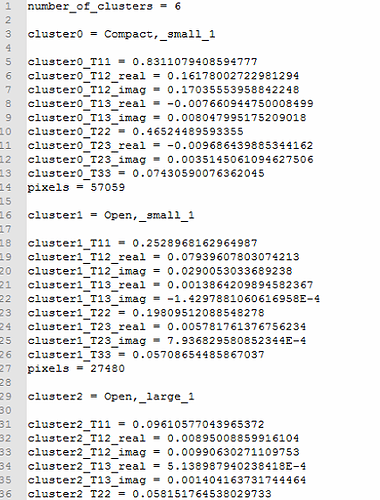 Any hints would be appreciated.

I have been trying to apply the supervised Wishart classification on quad-pol RADARSAT-2 data and I get the same issue.

It seems that a number of users have been reporting this issue and this seems like a bug in the software. One could use PolSARpro, as described above, but it is not a very user friendly tool and I would like to have this functionality performed with SNAP. Therefore I would like to know from the developers if this issue is being dealt with?

I’m not sure if this is related to the problem. In the name of the cluster there is a comma. Is this how you named it? what I see is:

thanks for the suggestion, lveci.
Unfortunately, it makes no difference.

waiting for the answer

have you solved the problem?

i mean how to export the sentinel-1 matrix as .bin file using SNAP

Regarding PolSARPro, I would very specifically like to mention to use stable version of PolSARPro software. For eg., I used to have problem while using Supervised Wishart Classification in Version 5.1.3. Then after some days, I changed my software version to 5.0.4. And voila, it worked. It not only gave me result but it was easy. The only problem which I found in version 5.0.4 is when I wanted to plot mesh and contour graph. So if you try PolSARPro , go for the 5.0.4 version.

I don’t know about exporting as .bin in Snap, but PolSARPro provides user-friendly export module. There is a module for conversion too. You can definitely explore the software.

if you intend to use S1 data in PolSARpro I recommend to directly import the SLC data.
SNAP also has an export function to PolSARpro format (bin) but I’m still not sure how many of the metadata are included.

Sorry, I don’t have the solution yet.

x from the snap, and input it as C3 in PolSARpro. th

Can you show me your detailed steps?
thanks a lot

i imported the vv/vh data following your steps, but the output image seemed to have some questions
as you can see : 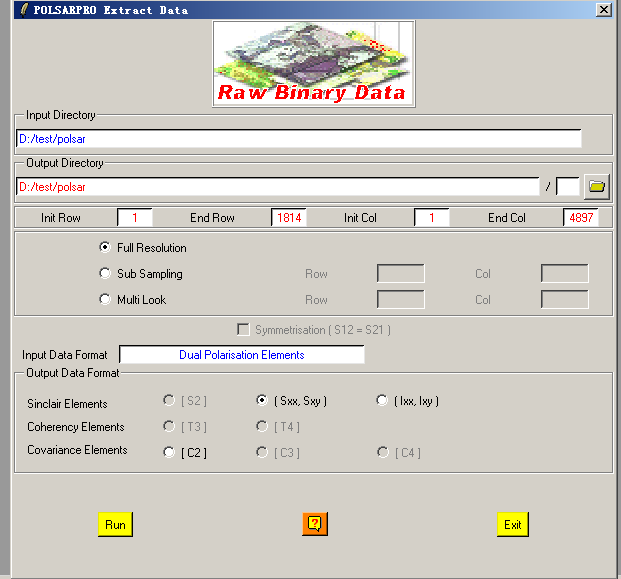 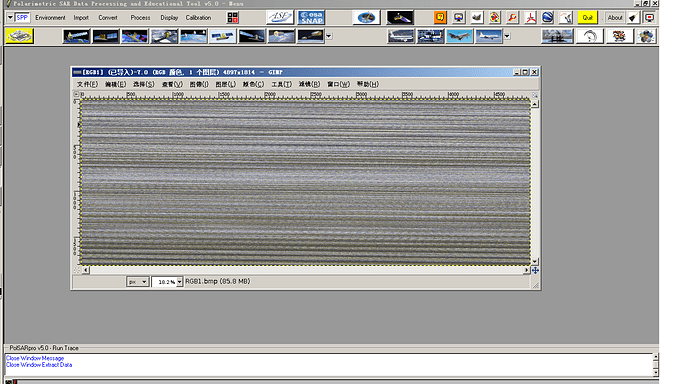 Hi Aridane!
That’s another thing but I have to ask this question here. First I apologize that I am new in the fields of sentinel, radar, polsarpro and Snap, but I should do because my theme is totally bathing in these areas. So my question is that if I need to analyze and detect the marine flood in the mangrove forest, which image format is very efficient (S1A_IW_SLC_1SDV) or other format ?? How to import the image into the Polsarpro? because each time I import my image, it makes me signal an error “Error due during the extraction of image”. In addition how to create the input directory? in the end, in configuration of the columns and lines, is there a general normal or according to your objective which defines the choice ??
Thanks in advance Aridane and I need your help

Hi,
I’m trying to do Supervised Wishart Classification with an SLC Sentinel-1 product and I’m facing the same problem as you.

After running the process I’m getting this error:

Has anyone of you found the solution for this? Or is it still not possible to use Supervised Wishart Classification in SNAP with Sentinel-1 data?

it will be fixed in the next SNAP release: Supervised Wishart Classification - Quad-pol RADARSAT2

However, Wishart classification only works with quad-pol data while Sentinel-1 is dual-pol only.

Thank you. Then I will try to do it with PolSARpro.