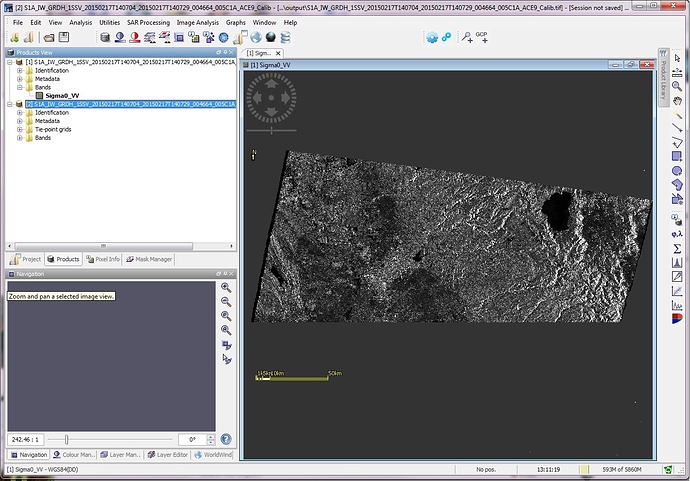 Has anyone else encounter this issue or know how to fix it? Restarting the S1 Toolbox software did not make a difference.

I didn’t have a problem using the latest SNAP 2.0 - calibrated and terrain corrected
After terrain correction, the image may be larger due to the map projection. In that older version it might not have been able to handle large tif files. 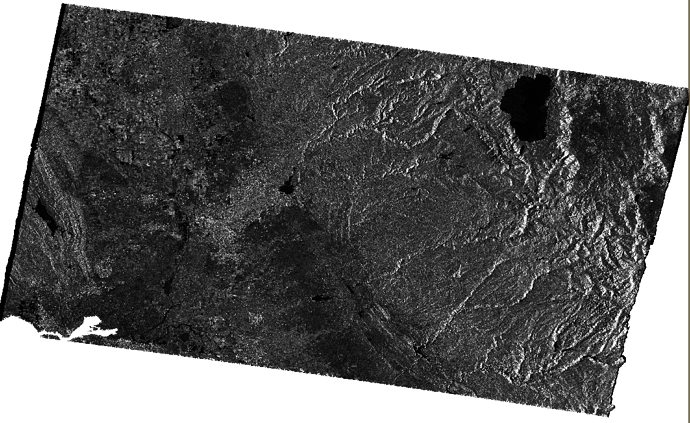 What exact commands did you use with SNAP 2.0? I’m having trouble finding the corresponding Calibrate and Terrain Correction commands. Or is there a way to open the Sentinel-1 Toolbox from within SNAP 2.0?

I figured out that I had an older version of the Sentinel-1 Toolbox installed (from PolSARPro), so I uninstalled and reinstalled SNAP 2.0 including the new S1 Toolbox. This solved my previous question about commands.

However now after I run the two steps using the pdated SNAP 2.0 I am still getting an error. When I go to open the final output GeoTIFF I get the error:
“Failed to open image view
java.lang.IndexOutOfBoundsException”

“java.lang.IndexOutOfBoundsException: pos < flushedPos!” is the start of the full error trace.

It appears to be the same error as mentioned here: SNAP Error, Failed to Open Image

I think your GeoTIFF may be too big and going beyond its 32-bit index.
You will need to export as BigTiff.
That’s odd because it should give you an error telling you to use BigTiff.

Exporting as BigTiff seems to have solved the error. Thanks for your help.

Using the Principal Component Analysis operator I also got the error: ‘pos < flushedPos!’
I used a 2292 bands ENVI file as input, maybe the error is related to multi-band ENVI file, as reported in https://senbox.atlassian.net/browse/SNAP-502

Dear lveci
how can we export as bigtiff