I am relatively new to SAR processing, and am working on processing a stack of S1A SLC IW images for basic classification on mountain glaciers. I have begun to incorporate calibrating to Beta0 and Terrain Flattening, as the terrain is quite complex. My processing flow thus far is:

The results show images that appear much more speckled than ignoring skipping Terrain Flattening altogether, and simply Terrain Correcting and applying radiometric normalization (everything else in the work flow remains the same). Anyone know why this might be? 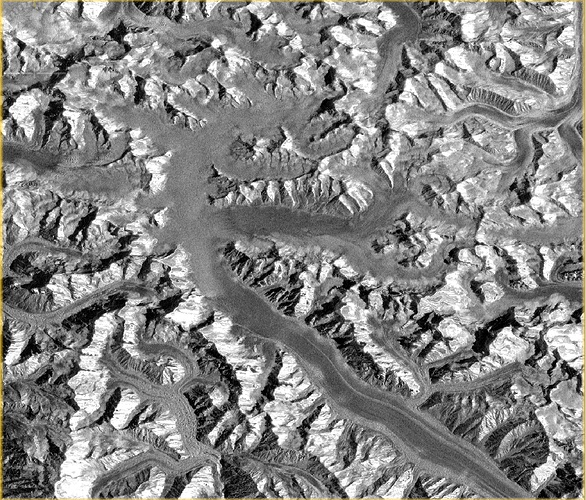 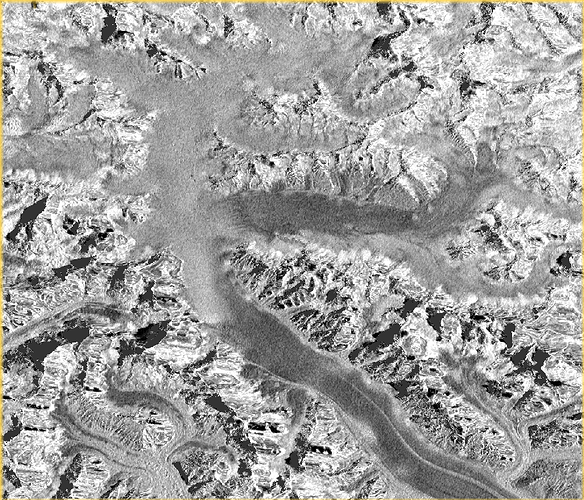 terrain flattening tries to correct the radiometric distortions caused by different local incidence angles.
That means, that originally areas facing the sensor are pictured brighter and the other ones darker. Terrain flattening then uses a DEM to re-calculate the actual radiometry based on the area illuminated per pixel.
If your DEM is bad, you could make it worse, theoretically - especially at ridges facing towards or away from the sensor. You can try the ALOS World DEM for a comparison. It also has 30 meters but was made from optical stereoscopy
http://www.eorc.jaxa.jp/ALOS/en/aw3d30/index.htm

I made a similar comparison and found the best results gained from Terrain Flattening on GRD or SLC data:

Another thing is that creating Sigma out of Gamma is not a good idea. At least to my knowledge, Gamma0 is the final stage that can be reached. Why going back to Sigma?

Thanks for sharing your expertise.

I don’t believe the grainy picture is a result of a poor DEM; there are no
other anomalies I can detect that one usually finds with a deficient DEM. I
am also using the same DEM in the sigma0 terrain corrected image, which
also shows no anomalies. Any other ideas why the result would differ this
much?

You’re right, the conversion back to sigma0 is unnecessary. I began
exploring it after my resulting gamma0 image was so grainy.

@ABraun : As you mention Terrain Flattening on SAR prod. (like GRD) is better than Incidence angle correction. in this case if we need sigma0 in db how can do it?

Terrain Flattening uses the integrated area illuminated by the signal instead of the angle of the incoming signal. It was proven to result in more accurate corrections:

But it inevitably results in Gamma Naught instead of Sigma (as a form of higher level calibration).

I understand Gamma is the higher level of calibration, but I got curious how did you (@lundj17 ) convert Gamma to Sigma?

And another question, what means the option “Re-grid method”? When selected I got the error message “NullPointerException” that may be related to memory issue (NullPointerException with Terrain Flattening of TDX). I process when I deselect that option.

first use “Calibration” and select Beta0 as the output and then apply the radiometric terrain flatteming on the Beta0 image.

Yes I did. I was referring on the band math applied to reconvert gamma to sigma.

I still trying to understand what the re-grid does and why I can not run with that option checked.

I am not sure myself but this is part of the answer:

that worked for me. Thanks

Just because it might be interesting to some of you.

Tuckenbrodt et al. compared the outcomes of Terrain Flattening between SNAP5 and SNAP6 and found considerable differences with smallest coefficient of variation and generally best flattening results for SNAP6. 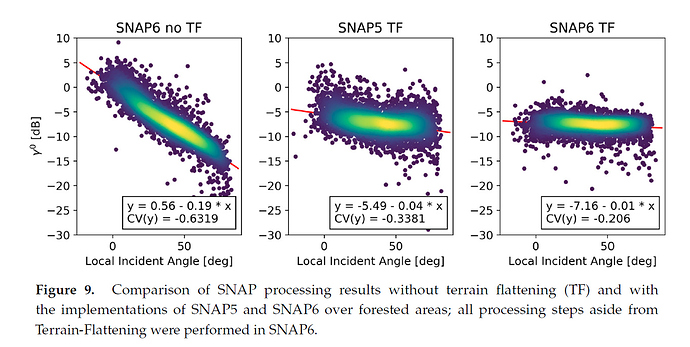 Is this improvement further carried on to SNAP 8?

No, but the conversion to Beta0 prior to TF us no longer required, the operator takes intensity now as input