The final interferogram is not correct

Hi
I tried to make an InSAR for an earthquake in Iran. the images were for dates 11.2.2021 and 7.3.2021
first I had problem in Back Geocoding that couldn’t download more than 1% for DEM in SRTM 3sec (so I choose 1sec instead)
in Topographic phase removal and Rang doppler terrain correction I had the same problem.

finaly the last map become something that I attached. but it’s not a map that I expected. It’s very smooth and hasn’t a phase layer.
is this happend because I choose 1sec instead of 3sec? 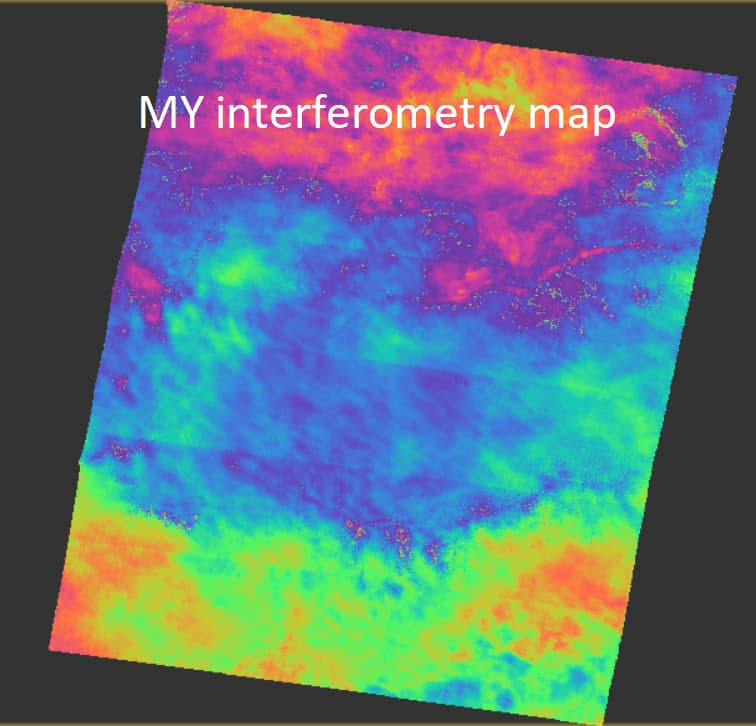 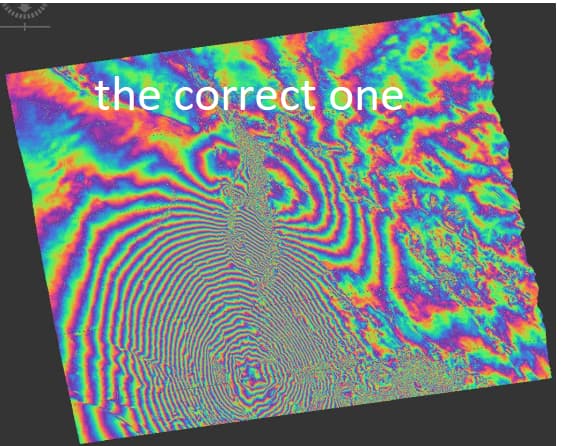 The DEM used for topographic phase removal shouldn’t have an effect large enough to explain these differences. But the 1% error indicates that you haven’t updated SNAP in a while.

Are both interferograms based on exactly the same images?

yes both of them are exactly the same
the software version was 8 and it’s updated to 8.0.5

yes both of them are exactly the same

Unlikely. One is ascending and one is descending, at least according to your screenshot.

the correct image that I sent was my sample map, it’s not relate to the region

my important problem is that after topographic phase removal the phases outlook disappear
and I don’t want that happen. 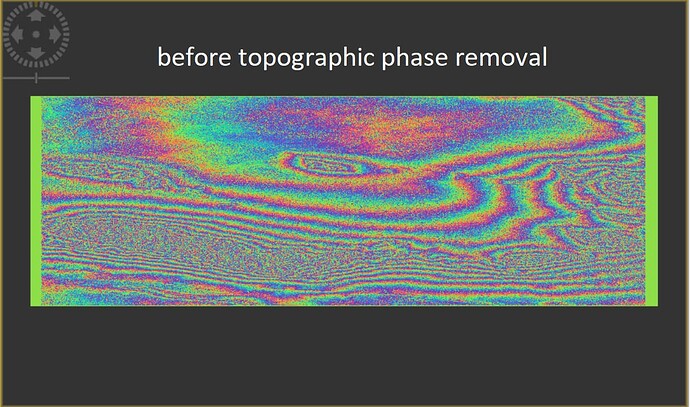 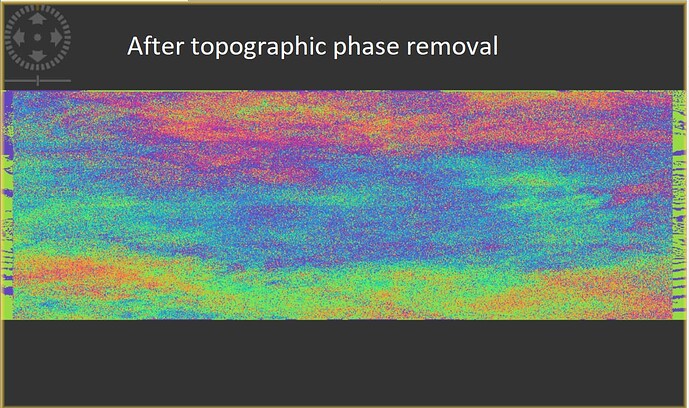 This is correct. You remove the topographic phase contributions if you are interested in surface deformation. The remaining phase variations are caused by either deformation or atmospheric contributions. The example you gave above is probably from a strong earthquake which produces extreme patterns. In your case, the changes due to the earthquake are only small. To reduce the atmospheric phase contributions use shorter temporal baselines and compare interferograms of both ascending and descending orbits.

thank you very much