I am using quad-pol TanDEM-X and TerraSAR-X data for PolInSAR application. For descending pass, I am able to generate complex coherences using polsar pro software. But when I process the ascending pass data, polsar pro was not able to generate the accurate coherences. Instead, it creates the image with salt and paper noise, the phase image is also not accurate. What is the problem? If someone has faced this issue, please comment. Suggest the solution if any.

can you please post screenshots of the issue? It’s hard to understand without an example.

Let me explain you with the snapshots.
I have TanDEM bistatic data both in ascending and descending pass. when I have generated complex coherence for descending pass, I am getting a good result as shown in Figure below. 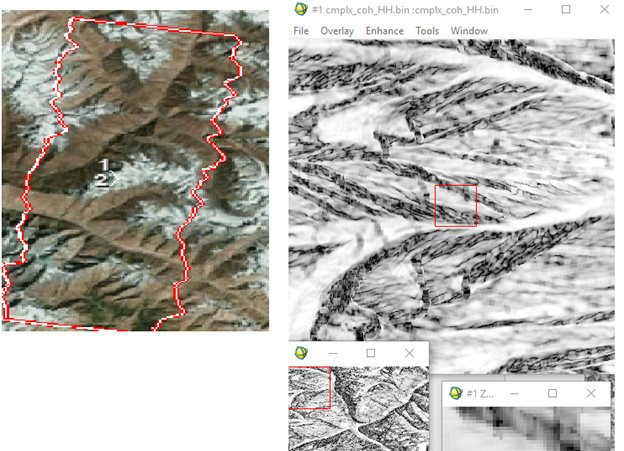 To calculate coherence I have used TanDEM-X and TerraSAR-X data of descending pass.
Now when I follow the same procedure with the ascending pass data I am getting results as shown in Figure below 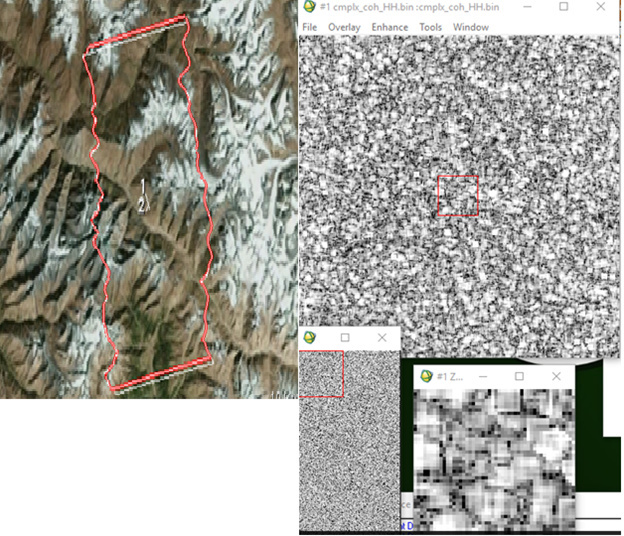 image.jpg624×536 170 KB
. I thought the problem was in geocoding of the two scenes in ascending pass, but when I checked the geocoding, it seems that the scenes are co-registered. Why is coherence appearing like salt and paper noise?
ABraun May 29, 2017, 8:30am #4

I am not experienced with ENVI but it can be that the different direction also is based on different geometric distortions. In mountainous areas the signal reaches the other sides of the ridges and hills. So both the interferogram and the coherence are potentially different.
But as it is shown by your screenshots there must be more to it. Could it be that the ascending images is wrongly coregistred?

Improper coregistration might produce such results. but I have checked the images and it seems that both are correctly coregistered. And it is happening with all the ascending bistatic data sets.

Could it be that the ascending images is wrongly coregistred?

you can try by separating them with “Stack Split” and then coregister again.

Ok, I will try this. Thanks!

You mentioned that you used polsarpro? What’s the result if you use only SNAP?
Try creating the coherence and interferogram. Also try just an RGB view of the master and slave intensities.
Keep in mind that there was a bug about missing ABS_ORBIT with TanDEM-X in v5 which was fixed with update 5.0.5. So check that you’re up to date in the tools/plugins dialog.

I tried to generate coherence map with SNAP. It also produces the same result as mentioned earlier. I am using PolSAR pro v5.0 and v5.1. I am unable to find the v5.0.5 update. Where can I find the update?