Hi, I am going though the tutorial from SAREdu (https://saredu.dlr.de/unit/insar_deformation) with the same data. Everything is fine until the unwrapping phase and creating displacement map. 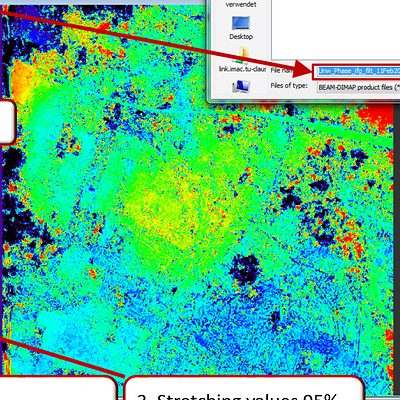 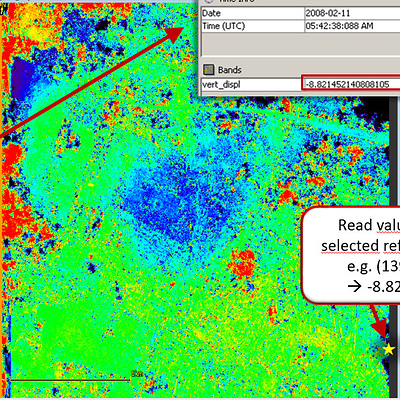 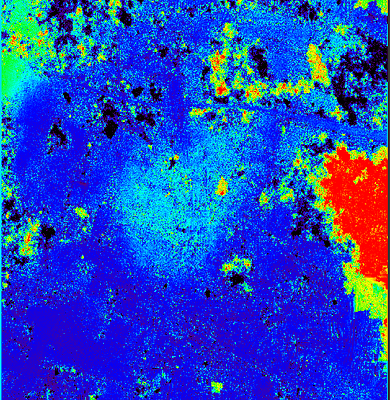 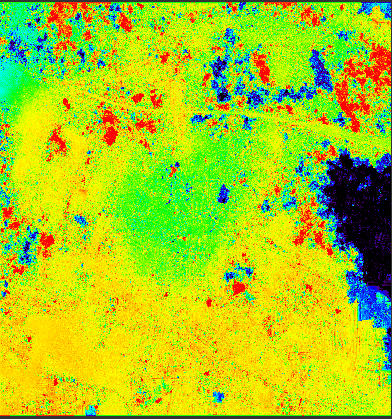 I mean what is this area on the right on my results; there is nothing like that in the tutorial!

DInSar is relative measurements. The propotsion of subsident looks same for my point of view. But the level is different and your pictures are upside down.

hard to tell without the color coding. Are the value of the same range at least?
I agreee with @agruno, what matters is that the proportions between the different areas of subsidence are the same like in the example.

Hi, thank you both for your answers.

As for you question, it looks like the values are pretty similar after the unwrapping but not so much in the displacement map.

Those are values from tutorial (in mm):

Also Agruno, what do you mean by my pictures are upside down? they are positioned just like in the tutorial (try to look at the line in the upper part of the area

You both are right that the proportions are pretty similar except for the area on the right side - that is totally wrong and I wonder why.

Hmm I was trying really hard to find out what could be the cause. This is dinsar after the goldstein filtering and I have highlighted one place - do you think that this place could be the cause of that bad result? That in the process of unwrapping the SNAPHU though that this is the complete cycle (even though it is not?). 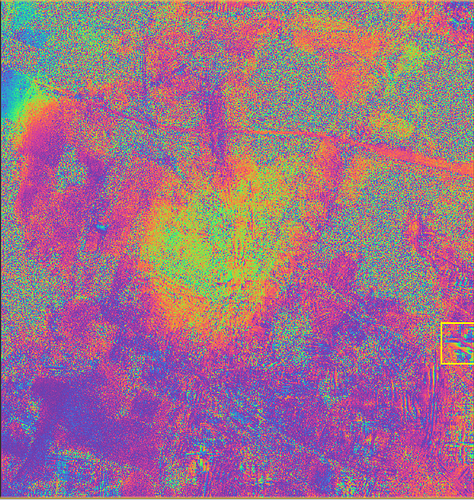 I see, I might try to do it through the band math…but still, this doesn’t explain the right side and that is my biggest concern

The tutorial is for the Nest. Snap is advantsed on time. For example golstein filter input are changed. Are You sure that filtering are exactly same as it was in NEST. Export for snaphu is also changed (input to). Nest did not supporte tiles. So tiles in snap should be put 1 not let default (10) and ect…

I have tried maybe ten different filter settings and no result looked the same as in the tutorial, it seems to me that not all the parameters are in SNAP.

As for the snaphu - those pictures are made by using single tile but it took like 10 times more to compute it (I guess it is because it runs only on one core but even then, shouldn’t it take only 4 times more?).

I really want to try it on my own region but it is scary when I am not able reconstruct it right according tutorial.

I understand :). I was taken this same tutorial as a guide for workflow, not "exercise that has to be done to get “A”). If you real dataset is Sentinel the workflow is different anyway. Real data is highly different, so dont take it so seriously and start your own dataset protsessing tens of times as it correct at your point of view.
Good luck

Thanks for your replies, I think I am familiarized with the process so I will start to work on mine area and I will probably post here some results to consult

I wnated to ask one more question. In the mentioned tutorial I have skipped the part where they make vertical displacement relative to reference point. I thought it was only to show how band math works but now I am thinking that it is actually a really important part of the process.

I am doing interferogram for one city in Czech Republic and the results seems fine but for one thing - it is most likely incorrect that the whole area subsided by 2 cm in 12 days. Does it mean I have to pick some reference point in order to “shift” the whole area? And if this is the case then how should this reference point be chosen?

This is my today’s result. I think it looks trustworthy (the subsided area on the right side is undermined). But as I wrote in the previous post, I think that I should add some constant for the whole area because I don’t think that the whole area is subsiding - or is it nonsence? What do you think? 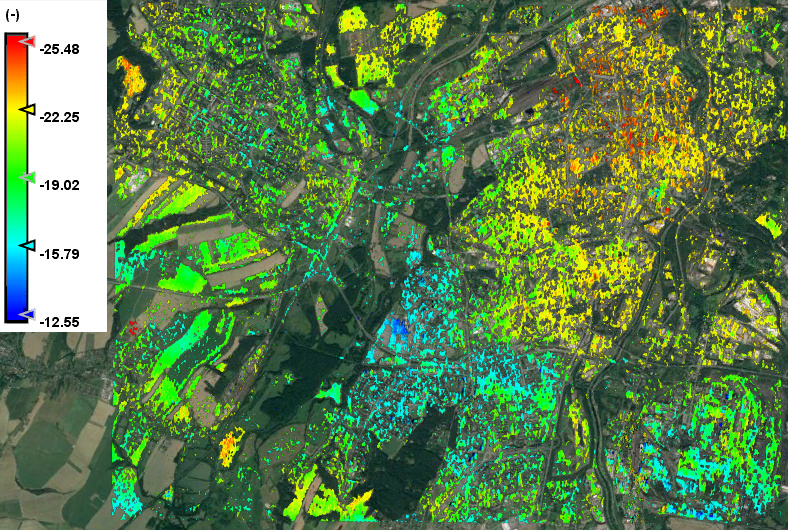 I am doing interferogram for one city in Czech Republic and the results seems fine but for one thing - it is most likely incorrect that the whole area subsided by 2 cm in 12 days. Does it mean I have to pick some reference point in order to “shift” the whole area? And if this is the case then how should this reference point be chosen?

exactly. These changes are of relative nature between the first and the second image. But you don’t know your "level value"above which there is uplift and below which is subsidence. Therefore you need to define a point at an area where you don’t exoect changes. Take the value of the unwrapped phase at this location and substract this value from the whole image.
Where you select this point depends on your knowledge of the study area, landuse distribution, topography and the patterns in your unwrapped interferogram.

Thank you both for your answers, they are really helpful! So it seems that the last goal is to choose the reference point. I think that in my area the reference point will be somewhere in the blue area because I believe there should not be much uplifting there.

Also, I am planning to do another interferograms with the 12 day baseline and that might also help me with the picking the right points, don’t you think?

Please keep in mind that subsidence measurements from one or a couple if interferograms cannot be trusted due to the presence of atmospheric artefacts.

In this case do you recommend averaging the displacement results that we get from different unwrapped intereferograms for the same area?
Can this be a solution?

@mengdahl
Thanks for providing insight on this. I read in a number of posts on this forum about atmospheric artifects correction. Do you have any recommendation of a standard procedure for atmospheric effect correction of Sentinel-1 interferograms?

as the artifacts can have multiple reasons, there is no standard procedure of avoiding or removing them.