Use of VV & VH polarisations for Water Detection

In order to delineate water, I have used the VV band as well as a combination VV & VH band(using a AND/OR statements within band maths). Will the VH band be helpful to compensate for the surface roughness in VV band? 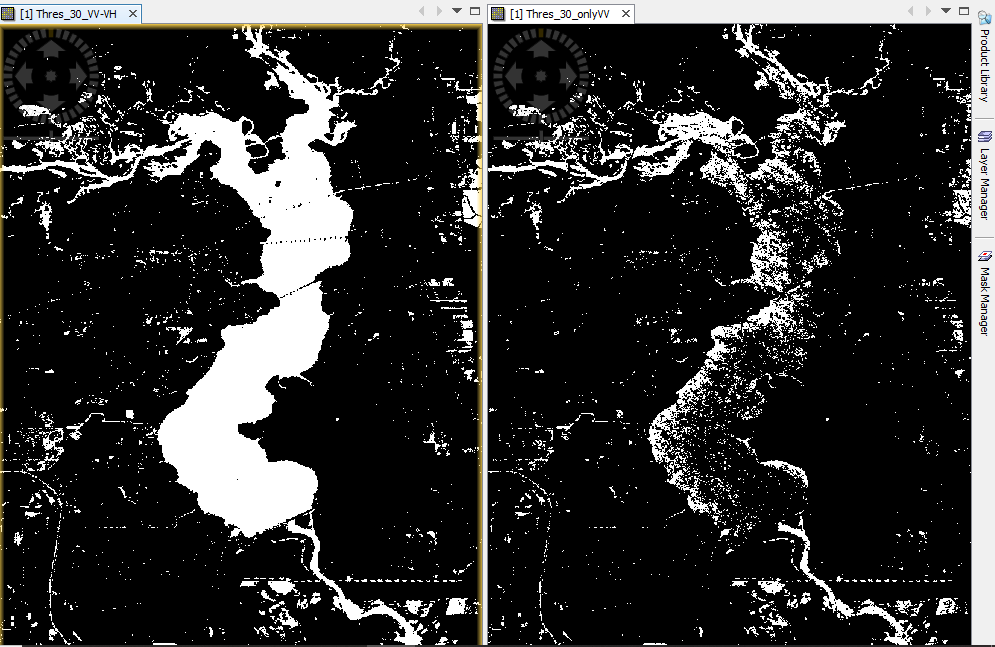 It seems that VV-VH is better than VV to delineate the whole water body, and I think in the VV, this is not surface roughness, however Nodata according to your statement,

Did you use the same statement condition in both VV-VH and VV?

Would you please to share the statement in band math you applied,

Did you also apply this ?

I think as you mentioned this is not applied because this is VH<-14.0 Isn’t it?

sorry, read it wrong… i haven’t applied the VH band, just looking for a comparison of VV& VH vs VV alone.

Could you apply to see the difference, 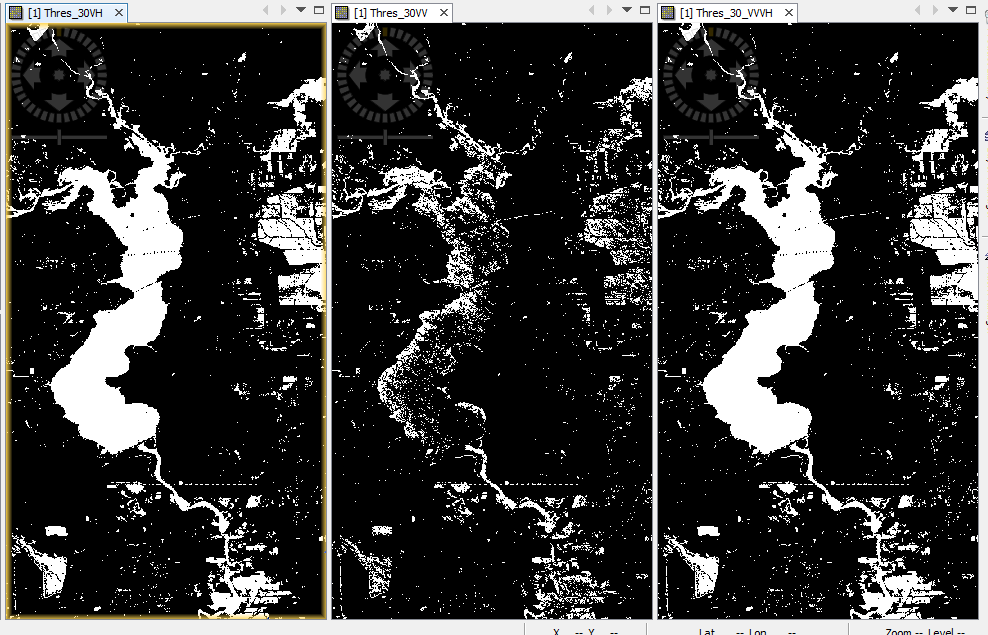 As I mentioned in the post, Use of VV & VH polarisations for Water Detection

VH and VV-VH are better than VV to detect and delineate the entire water body,

But may ask you, What is this line refers to? 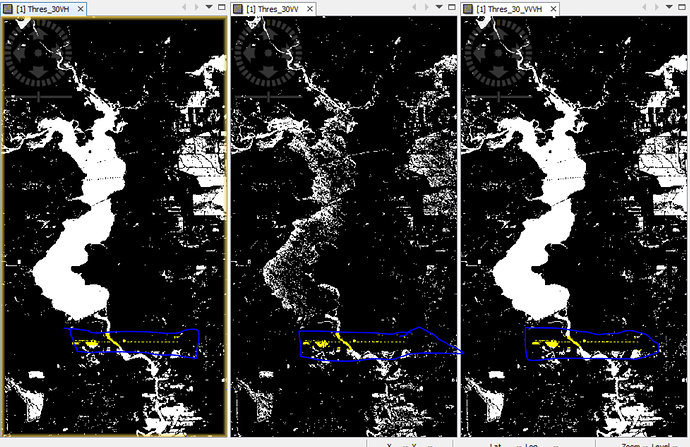 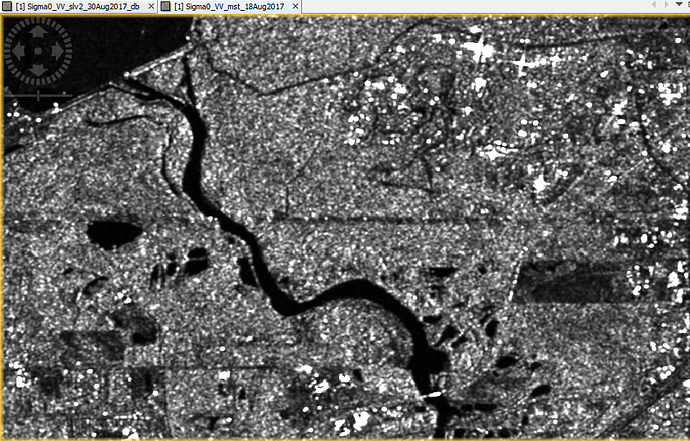 Have you tested this with Lakes with ice as well especially breaking up ice is very interesting to identify?

Would be good that the algorithm would work there as well.

I am also trying to extract water thorugh VV and VH. I have Sentinel1 SLC Data. I am uisng SNAP tool and I need steps to generate GeoReference VV and VH data

You can use the GRD data for this and proceed with the pre-processing as described here: Radiometric & Geometric Correction Workflow