What are these artifacts (and how can I remove them)?

I have noticed a number of images over the same area have some artifacts or interference outside of the bounds of the data - and their presence is causing errors in my automated routine.

In SNAP it looks like this (after calibration and terrain correction): 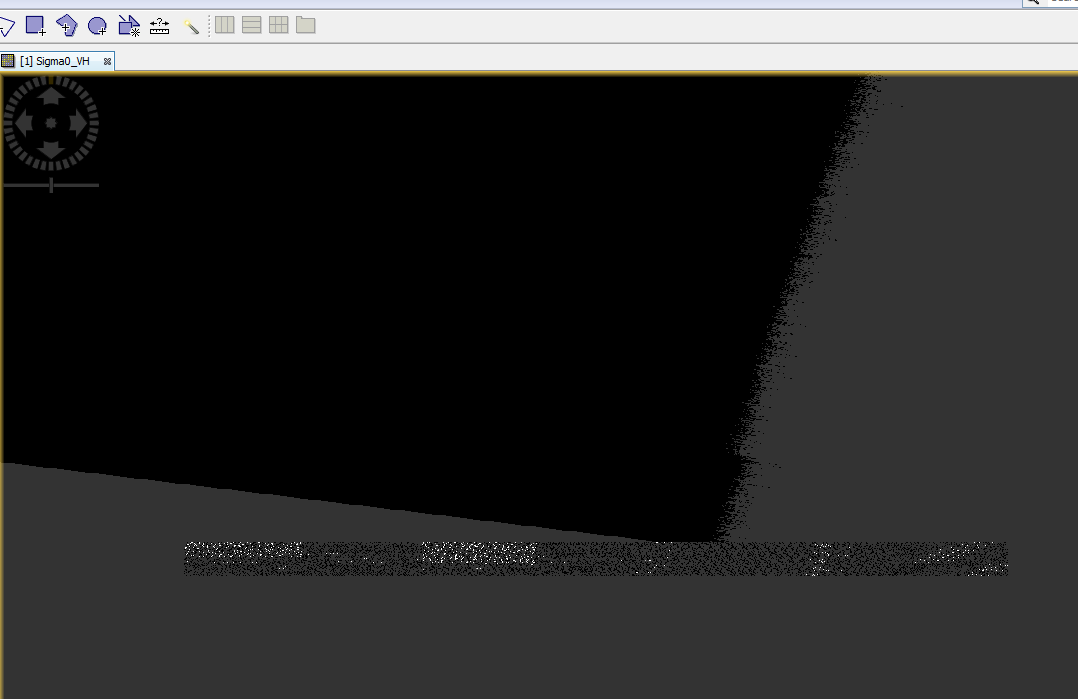 Is this radio frequency interference?

Any suggestions on how to remove this would be very welcome!

Please look at this topic, it might be artefacts are Radio Frequency Interference (RFI)

Hi, We have several S1 Scenes that show strange artifacts. One example is [image] from the Scene S1A_IW_GRDH_1SDV_20141112T175905_20141112T175934_003252_003C22_395D.SAFE The artefacts on the lower right of the image introduce wrong values in our model parameters so we must remove them before calculation. I've checked the metadata included in the file but did not find a flag that would help me to detect such scenes. It seems that several error flags are also set to True in scenes that look…

I did see that but it seems slightly different in this case - the interference (or whatever it is) being outside the data detected for the area by the sensor.

Is it appear in one image or in many images?

Check out your DEM

3 images I’ve seen so far. I’ve just repeated the process using a different DEM and it is still there…

After checking out the DEM as well it is obvious the pixel size of the noise is a lot smaller than the grid of the DEMs I am using - so that rules that out at least.

Are your images Senenil-1 Or others?

In case of Sentil- Try to process different burst…

In which step of processing these artifacts appear?

I believe it is some flaw in processing in the first months of Sentinel-1. 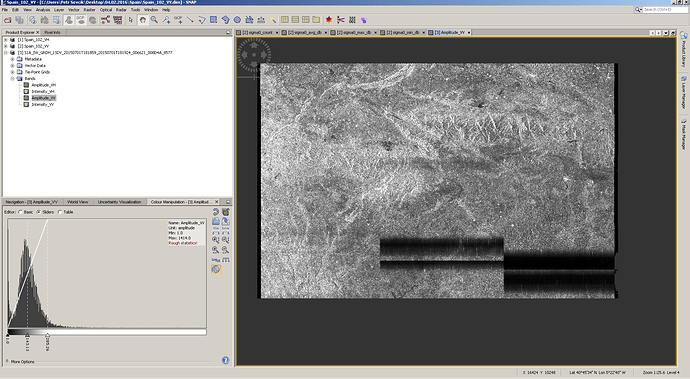 The best solution should be the filter as suggested.

Otherwise then remove the problematic data afterwards as if you are scripting the procedure it is troublesome to prove every input on false values…the best way is to conduct some overview…like output average values of your data and identify the anomalies based on this information.

One more thing…if this is the output then the file is probably considerably larger than other outputs, so you could try to solve it just by setting up a file size threshold .

@Suprd is that image one of the first to be collected then? All the ones I am looking at are from less than a month ago.

I ran the processing in SNAP (calibrate + TC), saving as a geotiff every time and the artifacts where still there…however exactly the same steps but sticking to BEAM-DIMAP and they are gone!

Suggests something to do with the geotiff export but I can’t figure out why it’s only on images in this particular area - if it was purely a geotiff problem I would expect all the dozens of other images I have made this way would be affected, but they are fine.

I’m just running the processing again using snappy in case there is some difference between snap and snappy.

My guess is that those artifacts do not have a physical explanation (i.e. they are not radar-related) and are created during the processing in SNAP.

I don’t think it is to do with the geotiff export because your first screenshot shows the artifact in the SNAP GUI before any export takes place.

Are the artifacts already present after the calibration and before TC?

Things I would try:

Thanks @css - you are right that they are not radar related - through process of elimination the artifacts first appear after an export to geotiff-bigtiff, no matter what other processing steps I have in the chain (the first screenshot was of a geotiff created as part of a automated routine).

This is true both when using snap or snappy.

I can’t work out why though - or why it looks like it does, maybe some sort of EOF error and some metadata is being read as pixels and therefore appending on the bottom? Just a wild guess!

Below is screenshot of a BEAM-DIMAP image above, and that image exported as geotiff below - the artifacts have appeared. 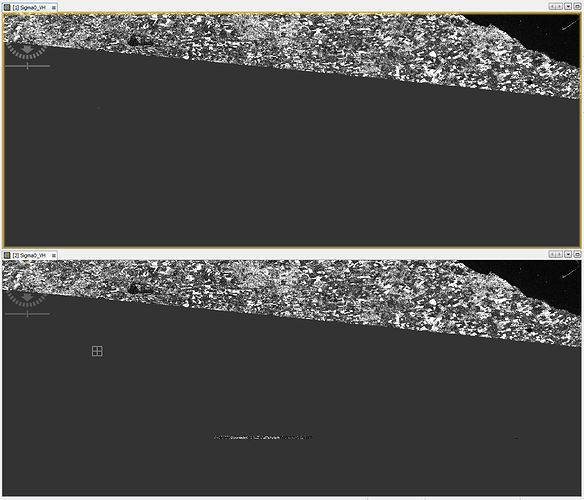 I think rasterio can read multiple data formats. So you could try NetCdf or Envi format. Maybe the Envi files in the data directory of the BEAM-DIMAP product.

The artifacts are strange. Beside the artifacts, the image looks also more noise.

Did you try if rasterio supports the ENVI format which lies in the data folder of BEAM-DIMAP products?
http://www.gdal.org/frmt_various.html#ENVI

Oh I stand corrected - rasterio is happy with ENVI.

I still like geotiff better (maybe I’m too stubborn).

Seems the cause has been discovered, could be just bug at exporting to GeoTiff or something else, and yes GeoTiff is probably only good for exporting /converting the final product from ENVI (BEAM-DIMAP).

But if you can work with ENVI in rasterio everything should be fine now.