Workflow between SNAP and StaMPS

Hi all,
First thanks for all the advice, this forum is so helpful!
In SNAP I work with Windows (for StaMPS I gonna use Linux).
I created a stack from 14 SLC after split, and apply orbit. This stack was debursted and then a subset defined. The ifgs prepared from this, then topo phase removed and the elevation band added. The two stack I would like to export to StaMPS is in the screenshot. So I got this error what a couple of other users. I tried most of the tips have been written in this forum but the same error always.
Any further idea will be appreciated! 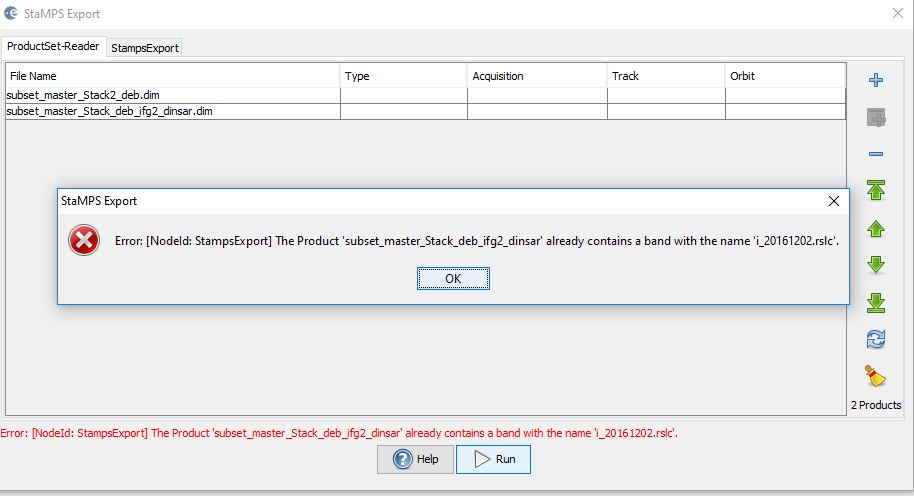 Regarding the lat and lon export. Is it ok if I have 20161202.lat and 20151202.lon files in geo directory after StaMPS export? Is it necessary to rename them? Or should I add the files with the ENVI or Gamma export?
Thanks

dear ledotimea, could you please tell me how you loved the problem? Thanks

I had both VV and VH data in stacks so i deleted the VH and saved as another file after this I could successfully export the two stacks. Hope this will help in your case as well!

Thanks for mentioning! Unfortunately, I am not longer able to edit the post and maintain the link, please use this one snap_stamps_1_0.zip (2.1 MB) I had to zip the html document because of upload limitations of this forum. End of June or during July I will post an update of the summary.

It has all the instruction you need, and I suggest you use ubuntu/debian linux cause it will run more smoothly without error headaches if you try to perform the process on windows.

Hi @daniel_bona,
thanks, yes it works with this method.
regards

Hi, Can I ask about SARscape new version limition in ps analysing, I,m using it and everything proceed good, so why every one go forward to StaMPS !!?

I guess because it is free and can be modified by anyone who understands Matlab language.

@ABraun how to fix this problem ? There are some errors when I doing steps 6 in StaMPS 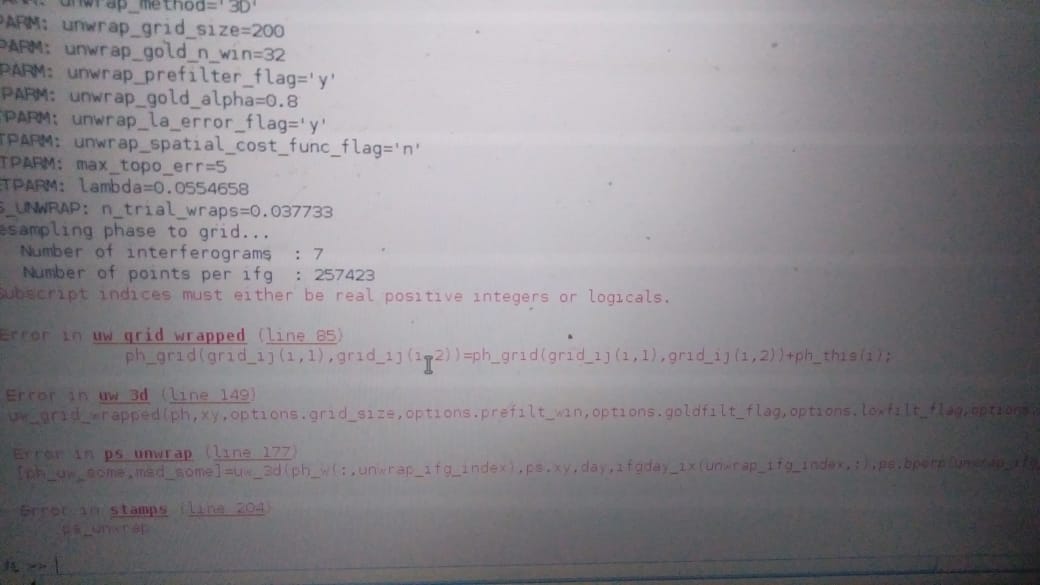 Dear Katherine
I want to know if we have negative heading , it sholud be converted into positive.
Regards
Antonella

Did you figure out a solution or work around to the ‘indices must be…’ error you encountered in step 6 you could share? I’m having the same problem.

Dear @twburns
I deleted .lat and .lon generated from TopoPhaseRemoval and replaced it by creating lon and lat from _stack_deburst result.
So before I delete I have 2 .lat files (.lat and .lat.par) and 2 .lon files (.lon and .lon.par) and after I delete and change them, I have 1 .lat file (master_date.lat) and 1 .lon file (master_date.lon).
I hope this will help you and others
Thanks

You may be interested in using the snap2stamps package.

Have a look at this thread: Snap2stamps package: a free tool to automate the SNAP-StaMPS Workflow

Hi @annamaria I have the files in their respective folders in STAMPS directory. But I can´t run STaMPs as the manual says. There’s a trick for this? (I have modified the Mt_prep_gamma and the config.bash files in order to prepare them for matlab)
Thanks in advance

I have done a 34 SLC images stack using the algortithm proposed in the html SNAP to StaMPs manual. I’ve sorted many problems just reading this great thread (my first Linux experience,and in Azure, for worst), but I’m stucked now in the launch of StaMPs. I have all the files properly saved in their directories, but I’m still confused with. According the manual, you have to run StaMPs from terminal, and according to simple algorithm posted by @katherine, you coul do it from matlab.
Please, any help will be appreciated.
Thanks and regards

Dear @CarlosSierralta,
When you said… “I have modified the Mt_prep_gamma” , how had you done it exactly?

As I have already replied yesterday in this thread: Snap2stamps package: a free tool to automate the SNAP-StaMPS Workflow , you only need to modify the s by an f on the lines there mentioned.
Let me know and you still have the problem after trying that, I will share with you my modified script.

Regarding matlab, it can be run via GUI or via command line if you run it with the -nodesktop option.

I hope that this helps!