I hope I could explain my problem. I apologize for such a big post, but I need to derive some conclusion from the results.

Look forward to your advice soon.
Thanks.

the big problem with pairwise DInSAR is decorrelation. It all depends on wether you have clear fringes in your interferogram or not. If the interferogram produces random patterns, it does not make a difference if your use consecutive images or pairs with one fixed master. If the interferogram is empty, the coregistration failed, so you can try to repeat this with higher number of GCPs.

Can you maybe show an example of how the interferograms look like?

About the analysis: Please have a look at these resources (available after login): https://eo-college.org/resource/insar_deformation/

Although the slides are quite old and refer to earlier versions of SNAP/NEST where many things were more complicated, it gives an outlook at the end on how to combine the displacements of many images for a time-series analysis.

About the conversion of LOS to vertical displacement: There are many discussions on this in here, you will find them with the search function.

Thank you for your response Mr. ABraun. Highly appreciated. So that means if I show the results from march 2008-Mar 2011 or Jan 2009 to Feb 2011 it should make sense. Not necessary to be consecutive.
Below are the screenshots of what I got till now.

I’m afraid these interferograms are not usable. There is high coherence over the city, but the noise outside introduces weird patterns which are not related to subsidence.

Besides, the pattern of the fringes indicate ionospheric effects superimposing the actual displacment (Interferogram from Alos palsar 1.1 data)

Did you perform topographic phase removal?

Yes I did topographic phase removal.If this is noise is there other way to get the interferograms. I dont see any prominent fringes in my images as I see in the research papers.

can you try one with the shortest temporal baseline possible?

For around one month baseline i get the following 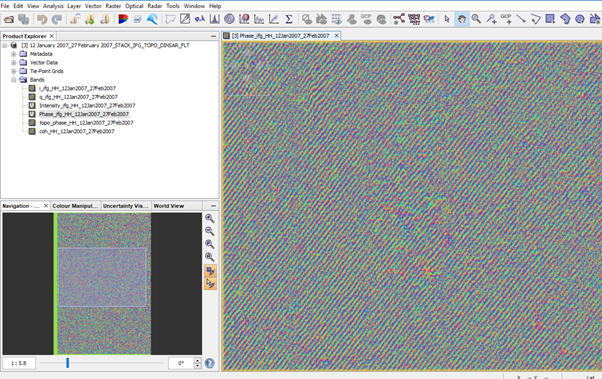 And this is the coherence that i get 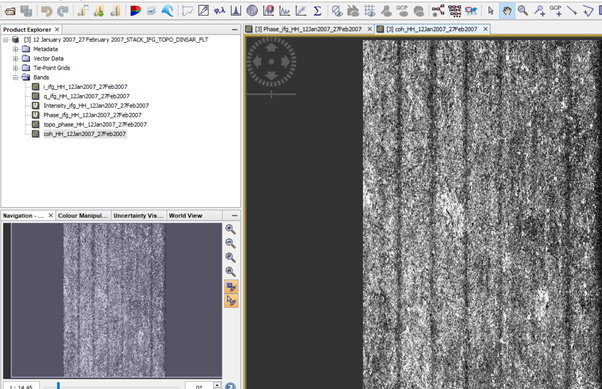 this doesn’t look so good…

Either the coregistration was not successful or there are ionospheric effects. These kinds of linear fringes are not caused by deformation and it cannot be extracted from theim either.

Did you apply ALOS Deskewing before coregistration?

No I did not do alos deskewing. I will try to see how to do it and then I will get back to you. thanks

Thanks Mr. Abraun for the advice.I did Alos deskewing before coregistering. But the interferogram still is the same. 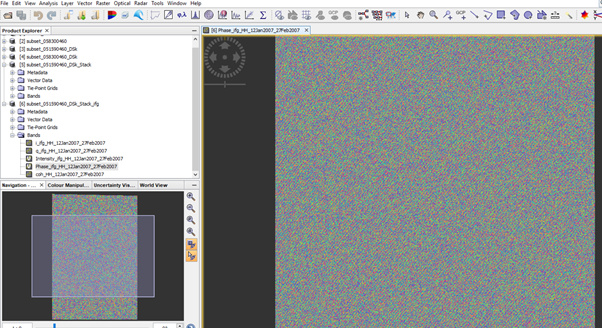 Is there any way to remove ionospheric defects in Snap.

i subsetted my image to just focus on the city. I did as suggested by mdelgado in the post you referred to change the polynomial degree and gcp to higher side, I get the following interferogram now. I dont see the line patterns now. But still no visible fringes. 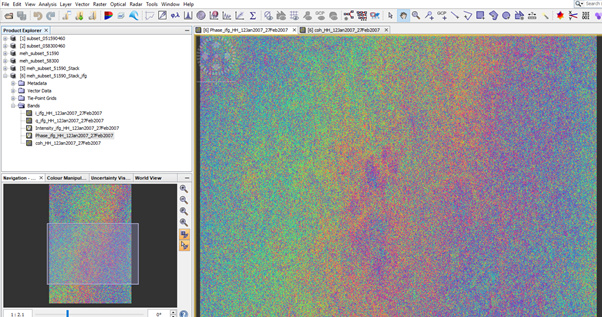 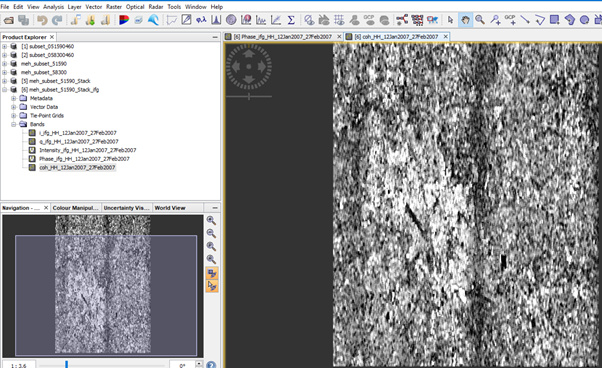 this looks better, although we cannot say yet if these patterns are caused by artefacts or real displacement.
Can you please open the InSAR stack tool to view the perpendicular baseline and the altitude ambiguity? 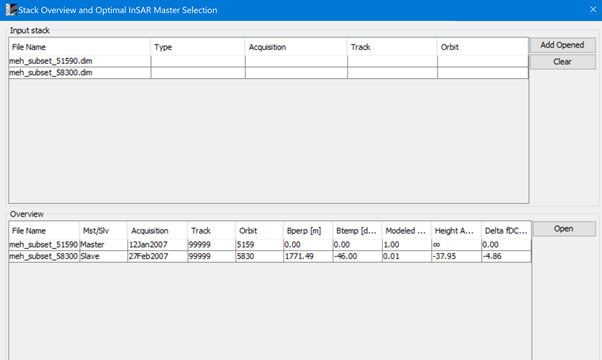 Is there something I can do about this. I am desperate to get some interferograms in my images.

you have no impact on the satellites’ positions, but you can test different image pairs.
Unfortunately, ALOS has no baseline information on available products (like the baseline tool of Sentinel-1, for example).

Thank you very much ABraun. I will try more pairs. I have already checked with 12-15 pairs. I dont see any fringes in any of those except the ones posted earlier which you said looked like ionospheric errors. What might be the problem. And there is defintely subsidence reported in my area.

the largest problem I see is temporal decorrelations. There might be fringes over the urban areas but total phase decorrelaton over its surroundings caused by vegetation.

This might be interesting to you: Echoes in Space - InSAR error sources