After interferogram generation, topo phase removal, and goldsten filtering in s1tbx using Sentinel-1A data, during terrain correction there is an option to ‘include DEM’. Does the DEM produced by that way a STANDARD way of producing DEM? If not can someone send me your favourite flow steps for DEM generation using master and slave SLC files?

1 Like
DSM from Sentinel-1
DEM Interferometry with SLC
How to use TerraSAR data to creat DEM?
Coregistering with TerraSAR-X
lveci October 27, 2015, 1:22pm #2

The ‘include DEM’ check box in terrain correction is to add a band
containing the DEM you used during terrain correction.
If you want to produce a new DEM from InSAR, you don’t remove the
topography with topo phase removal - you need this.
Follow the DEM generation tutorial.

@lveci I went through the help contents of the toolbox for dem generation but its very limited.
So, the input is just interferogram for it? What about goldsten filtering?

Do an interferogram and include coherence
Apply goldstein filtering to clean it up or multilook it (uncheck output
intensity)
Don’t apply topo phase removal if you want a DEM.
Export to Snaphu Select TOPO mode for DEM generation and method MCF
From Linux, run snaphu with the command in the snaphu.conf file
Import from snaphu into SNAP
Run Dem Generation

Hi. Congratulations for the discussion. I want to export a resulting DEM to ARcGIS. You can hel me with that? Thanks.

@lveci Where can the DEM generation tutorial be found?

Hi, @lveci
I’m trying to create a DEM with two pairs of TSX1
I do an interferogram and include coherence
Then apply goldstein filtering (adaptive filter: 1 FFT size 64, windows size 3). But i don’t find uncheck to output intensity

I don’t follow what you mean by “uncheck to output intensity”. You still want complex data and that is what the goldstein filter will produce. Next you will need to export to snaphu and unwrap, then import the unwrapped phase and run the phase to elevation.

This is results from creation of DEM with S1, this was compared with SRTM 30m, for this we compared two profiles from both DEM (both profiles are interpolated, rescaled and adjusted) the result was of 25 meters of error for this case. The size of pixel is 13.93 m. 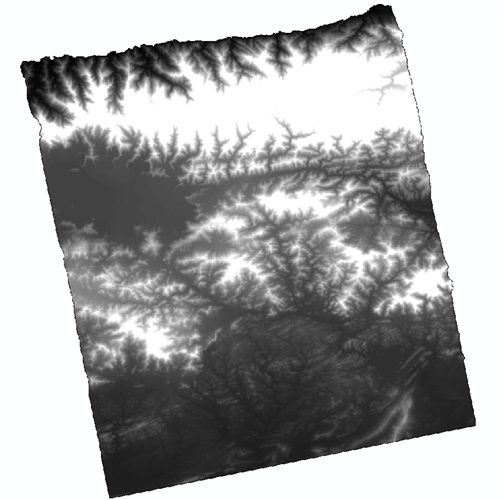 I tried to create DEM using TanDEM-X bistatic data (CoSSC format). Here is my current best workflow after some trial and error based on scientific reference:
1.Interferogram formation, I assume here that current SNAP Desktop has taken into account the bistatic data acquisition.
2.Goldstein filtering
3.Multilook
4.export to snaphu
5.run unwrapping using Linux
6.import from snaphu
7.Phase to elevation
8.Range-Doppler TC
The DEM creation was successful.
In order to improve the DEM creation, I want to use GCP measurement using GNSS. I tried to create coarse DEM reference from my GNSS data but still the result is not yet improved significantly. I just wonder maybe my above mentioned workflow is not correct. Do you have any suggestion? Why Phase to height is not succeeded in the current SNAP Desktop and should directly proceed with Phase to elevation using DEM Reference instead.
Many thanks for your attention.

I met the same problem. Where can the tutorial about DEM generation from Sentinel 1A IW SLC product by using SNAP software be found?
Thanks

How did you get the pixel size of 13.93 m for your DEM? It was reported a 5m*20m resolution by ESA.
Could you give a detailed explanation about your 13.93m ?

Have you found the tutorial about DEM generation from Sentinel 1A IW SLC product by using SNAP software yet? Thanks.

as stated in the other topic, these are the steps to follow. If you have specific questions on the single steps you can use the search function of this forum (many issues have already been cleared) or ask in the corresponding topics.
Please don’t cross-post questions which are too general throughout various topics as they are hard to answer.