I am trying to use the Envisat ASA WSS products for large-area processing using the old Envisat products, but I am getting in troubles to reach my objective using SNAP.
Had any of you successfully processed interferograms using that data and SNAP? or NEST? @marpet @lveci , any clue?

I only could fine few papers in which they do this type of processing, such as: http://home.deib.polimi.it/monti/papers/scaninterf.pdf

Could any of you please provide me with the right workflow?

I tested the processing with ASA WSS data (over the Sahara) and didn’t succeed as well.
perpendicular baseline 140 meters, temporal baseline 35 days. 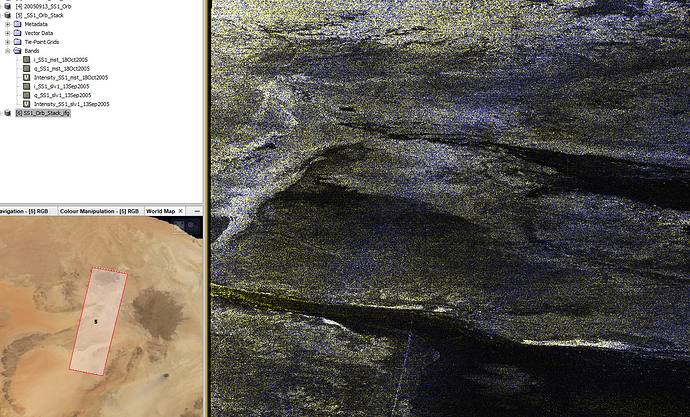 But the interferogram (tested various configurations) doesn’t look correct and superimposed by horizontal stripes. Coherence might be alright 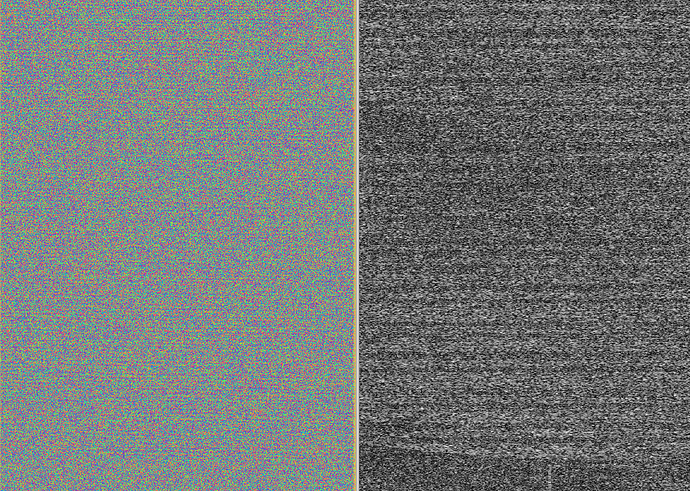 After extensive Multi-Looking, there is something like a pattern emerging, but still there are stripes 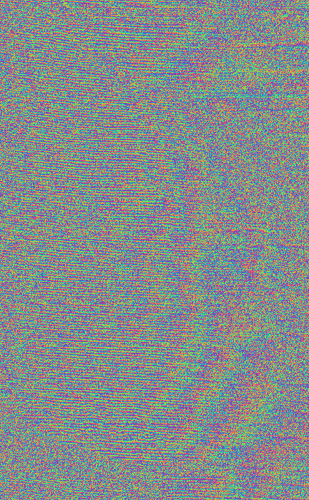 Thanks @ABraun, indeed the processing goes without error also for the tests I have done before writing the post, but the results look useless.

I will keep trying but surely there are needed the indications for reaching nice good results.

could it be that the perpendicular baseline is just too small? I didn’t find an image pair with baselines larger 15 meters.

d it be that the perpendicular baseline is just too small? I didn’t find an image pair with baselines larger 15 meters. 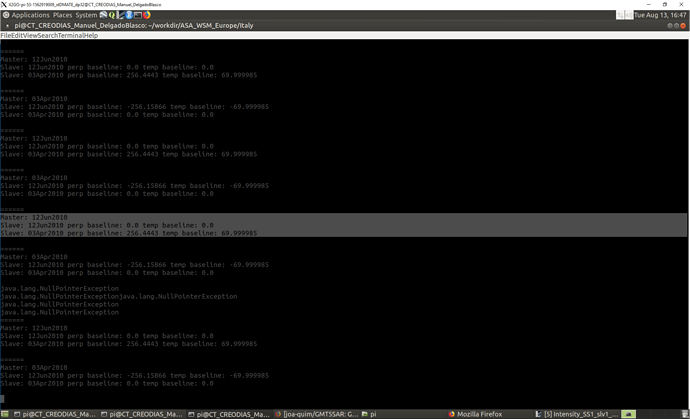 I downloaded them but currently struggle at the coregistration step.

Let me know. I am more than curious

did you achieve a good coregistration? The stripes make it quite difficult.

I do not like it much the fact that I, either I have done DEM-coregistration or standard coregistration for a single subswath SS1, the slave seemed few pixels shifted.

The cross-track baseline is not the only factor for ScanSAR-ScanSAR interferometry. You also need good along-track burst alignment to get adequate InSAR coherence. The Envisat satellite was not designed for ScanSAR burst alignment, but they did make an effort to improve it starting around 2008, if I remember right. This does not mean that every pair has good burst alignment.

this would explain our miserable results

I now see that ESA allows to search for this parameter
http://esar-ds.eo.esa.int/socat/ASA_WSS_1P/pair_search

We published a paper on ScanSAR-ScanSAR interferometry with the ALOS-2 “full aperture” products, which are somewhat different from the ESA WSS products.
https://ieeexplore.ieee.org/document/7857102

Yes, you probably want at least 70% burst alignment or synchronization.

I tested it with a pair of 93% burst alignment and the coregistration was notably better (and faster).

Yet, the interferogram looks wrong (no fringes, even over arid desert areas) and I think SNAP cannot handle ASA WS data correctly. I would have expected at least some fringes. 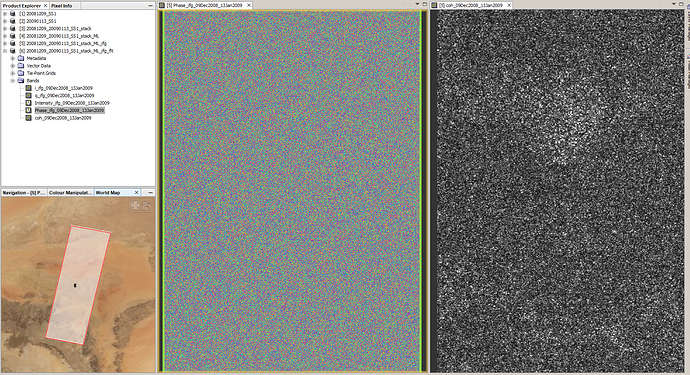 Do you think it is another open source software able to process them?

Or do you think it is still a solution for processing them using SNAP?

Or do you think it is still a solution for processing them using SNAP?

I don’t know if the data structure is really different or if we just don’t achieve a proper coregistration.

ASAR WSS InSAR should work but it has not been trested for a long time. @jun_lu coud you take a look?

ps. I think a sandy desert can be a very challenging target due to very low backscatter values and very large amounts of volume cdecorrelation in dry sand.

ps. I think a sandy desert can be a very challeging target due to very low backscatter values and very large amounts of volume cdecorrelation in dry sand.

I think a sandy desert can be a very challeging target due to very low backscatter values and very large amounts of volume cdecorrelation in dry sand.

Well, if the desert area is not contaning big sandy layers such as a sand field, a desert area should be ok. An example could be the Bam Earthquake mapped using Envisat ASA WSS (https://www.gamma-rs.ch/uploads/media/2006-1_ASAR_ScanSAR_Interferometry.pdf ) and ASAR IMS (basic example for Earthquake mapping)

I am in fact trying to process Bam using the ASAR WSS, but without much luck for the moment.

@ABraun, let me know if you have identified a valid pair over urban area. Thanks!