How to determine appropriate threshold for flood detection (Sentinel 1)

I’m new to the sentinel toolbox application but not to remote sensing, so I apologize if this is basic - I searched the forum first to see if my question was answered.

I’m trying to detect flooding with Sentinel 1, and this is my first time with radar data. I’ve been following the guide here: https://sentinel.esa.int/web/sentinel/user-guides/sentinel-1-sar/acquisition-modes/interferometric-wide-swath and have gotten good results after a few software hiccups. That said, when it comes time to threshold the image to separate water from non-water, that guide is vague. It looks like they just choose the value right at the left edge of the normal distribution in the histogram, but that’s not clear. 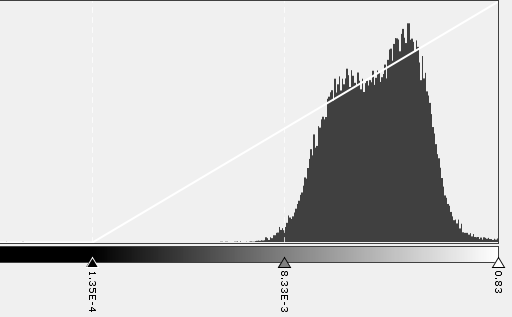 My own histogram (above) looks quite different from the one in that guide, and choosing the value just to the left of the main part of the distribution doesn’t give results I think are valid. I’ve experimented with other values, and have found some that seem sensible, but the process of choosing a value felt too subjective. So I have a few questions, some specific to flooding and some to radar data:

Thank you for your help!

2 Likes
Supervised classification for sentinel 1
What is the function of change detection used to do?
ABraun August 31, 2017, 5:20am #2

In general, you need to have a histogram of an area that is covered by land and water to around the same parts. So instead of calculating a histogram for the whole image digitize a rectangle that features the two parts equally.
In the histogram tool you can then select to calculate the histogram only for the digitized geometry.

to your first question: It is an accepted method to have the histogram that has two peaks in a numerical format, then make a mathematical graph/curve out of it and then search for the local minimum between the two peaks.

Thank you, that was very helpful - I used that method and it worked well. Thanks for taking the time to describe it!

Differentiate the absolutes of Sigma0 VH db between non flooded and flooded. (Terrain correction and conversion to UTM is a nice thing to have done) . <---- Processing!!!

The threshold is if done correctly is somewhat bigger then other values so between 5 and then depends what you are looking for.

What formula have you used to calculate the water threshold ? Using the histogram values .

A widely used method for image thresholding was provided by Otsu:

However, a global threshold is searched which often is insufficient in cases where land and water are not equally distributed in the image and the histogram doesn’t have a clear minimum. There are several approaches for local thresholding

can you send the correct link for "implementation in python (Otsu’s) ". The one you placed in this message is not opening.

Hi Sir,
Can you please send me the detailed process of how to determine flood detection using Sentinel 1 images in Snaphu software.

Maybe these help you:

I wanted to carry out a standard thresholding procedure to segment the land the water bodies.
And I did try out the Otsu’s thresholding method, adopting the python program specified in the links provided here. But however, I am not sure how these scripts takes in the Sentinel 1 image.

If suppose i need to try out the code from the link “https://scikit-image.org/docs/0.12.x/auto_examples/segmentation/plot_local_otsu.html”
Then, how and where should i include the image file.
(This is my first time working with python, kindly help me please)

Could sumone provide a possible way to find the local minima?
@ABraun

Could sumone provide a possible way to find the local minima?

before you can use S1 image within python, you have to pre-process (calibrate, geocode) and export them as 8 bit integer. Then you can use it as an input as described here: https://scikit-image.org/docs/dev/api/skimage.io.html
Afterwards you can convert it to a python array and process them as documented in the script you linked.

Is there any future plan to include an algorithm, such Otsu’s, to compute the threshold in SNAP ?

I reached the point has mentioned via this post in the last few days, I found that unfortunately there’s still no method via SNAP, to calculate the intensity threshold of VH, VV, That’s why I edited and created the Otsu’s method via skimage library to be compatible with GRDHR images, and full preparing the intensity VH, VV, and also getting the threshold is available within my github repository.