But actually I do not meet the problem as you do, so you should test it by yourself, increase the size of your subset, and maybe the problem can be solved.

Hi Adrian,
Neither do I. I haven’t found out why we couldn’t export the ‘dem’ folder.

Hi Sharon,
I’m very sad to hear that,but I will not give up the attempt.If I have the correct folders,I will tell you.

I will keep trying. And also will tell you if I know what is the problem.

Do you have ever tried to output the elevation band in topo phase removal step? 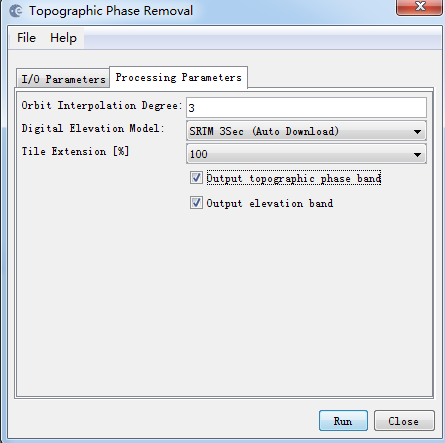 In this case, you do not need to add elevation band manually. 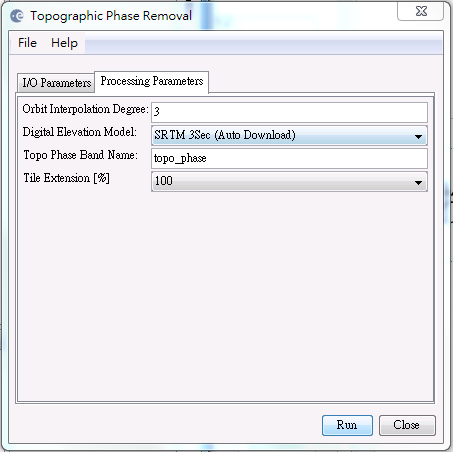 So, after that step, I don’t need to add the elevation band and just export to stamps directly. I will try it and tell you if it’s work.
Thank you!

Thank you very much for your detailed explanation FeiLiu.

I extended my zone and it seems to be working now, it seems that the lines wasn´t enough.

Sharon, make sure that you are using latest version of SNAP software, you can check by entering in tools menu -> plugins and clicking on “check for updates”.

In topographic phase removal you should have options to export the elevation band.

Yes, I have some update. I will update them and then try it again!
Thank you!

It´s trying to download an old version of the software (snap-rcp-5.0.6 is outdated by 5.0.7). Did you click in “check for updates” to reload the list of packages? If it´s not working I would reinstall SNAP.

I found the problem for updating, and it updates now. Thank you for your help!

I think I have met another tricky problem, here is my result after run stamps(5,5): 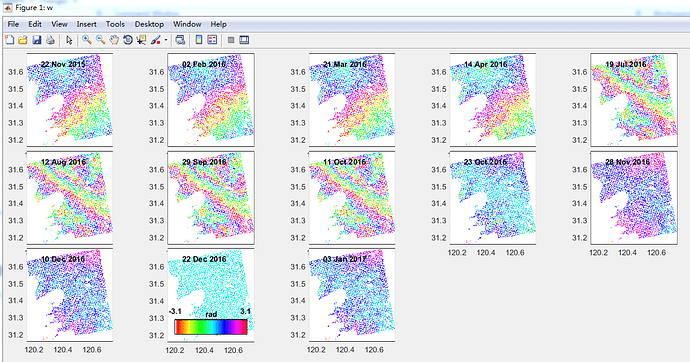 I have 13 images(1 master and 12 slaves), I split them into 3 stack(each has 1 master and 4 slaves) and export them separately, after I merge them and process them by StaMPS, I get the result as above(the 12th ifg is the master-master ifg).

I was thinking it maybe in the interferogram formation step, I have done Substract flat-earth phase, since they belong to different stack, the result might be different.

I tried not to substract flat-earth pahse in interferogram formation, but the result is not good, fringes are too dense. Maybe put all images into one stack can solve this, but it requires very high memory.

Do anyone has an idea or meet the same problem?@katherine@ABraun
Fei

thanks for reporting. Actually, I didn’t get this far yet, I’m still trying to understand the steps before. But I’ll let you know when I’m there.

Topographic Phase removal of S-1 stack for StaMPS export has some problem
Topographic phase removal does not seem to work
annamaria June 19, 2017, 9:46am #96

Dear @FeiLiu, I met a similar problem: in my case the results of topographic remove tool are wrong.
Have you compared interferograms (after topo remove) in your stack with results of single pairs?

Thank you for your hint, I just do the experiments as you said, you guess right, the stack topo romoval result are different from single pair, but the ifg are same before topo removal, and just like you have described, the topo removal of stack has some problem and I can not get right result. Do you have any progress now?

Dear @FeiLiu, i’m sorry that you have this problem.
I contacted @lveci last week but I haven’t had answer. I haven’t had time to check the source code, expecially beacuse i don’t know java language. I think that this is a big problem for not expert users. @ABraun Have idea about who I can contact?
Anyway, as i wrote in another post, i bypass the problem with the creation of a stack with results of single pairs elaborations (in this case you must rename all images removing “slvx_xxxxxx”, otherwise StaMPS export doesn’t find the correct images).

After update and removed topographic phase, I got another error at stamps export as below:

@Sharon you must use “XXX…ifg_deb_dinsar” and “XXX…_deb” (without interferogram).
Are you sure that there are right layers?

You must use the corregistered stack and dinsar product. You are using two stacks of interferograms.

Also you must deburst the corregistered stack before the interferogram formation. So your products should be:

Hope that this helps you.

Dear annamaria,
Could you please describe your method more specifically? I can not find the post you have written, sorry for troubling you.