hi
Please bear with me, as I am a new user with SAR data, and in some my post the answers haven’t been really clear to me.
I doing a project determing vertical displacements using 2 S1A images using instruction “Sentinel-1 TOPS Interferometry”-Michael Foumelis.

I see that values of displacement have correlation with values of terrain height.

can you describe this a bit more? Maybe a screenshot would help. 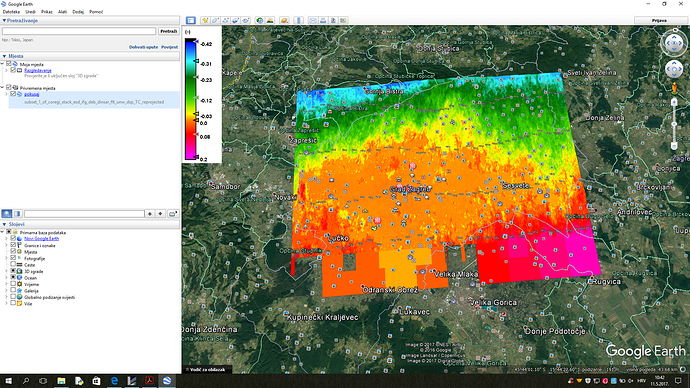 thi is screenshot from Google Earth application.
I’m doing processing for area of Zagreb city (Croatia). On the image the orange and yellow part represents centre of city and it’ neighborhood and for that area values of displacement are good. Green and blue part of picture represents area of mountain Medvednica (max height 1033 m) and you can se that from going to north values of displacement get bigger and bigger??

this kind of ‘ramping’ is often observed in Sentinel-1 repeat pass interferometry. It is probably caused by insufficient topographic phase removal but also from atmospheric effects.

Was your coherence good in your image? You could mask out areas with coherence lower than 0.3 for example. The resulting pixels could contain higher information content.

How large is the temporal gap between both images? 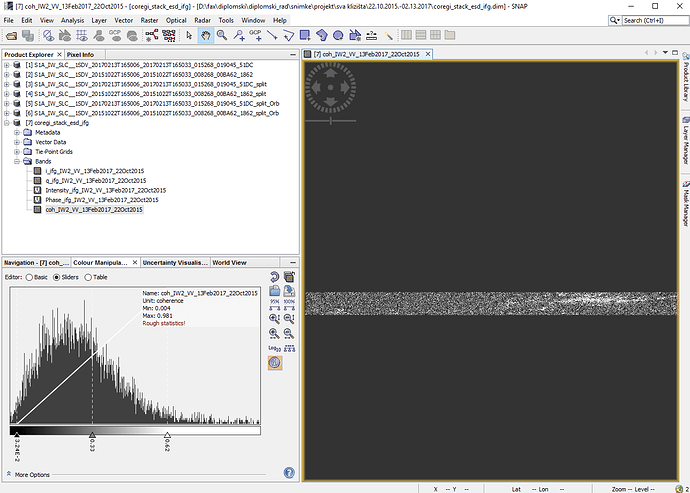 this is statistic from coherence

How to mask out pixels is described here:

Of course you need the long temporal baseline in order to observe changes. But the coherence won’t be high over the full image.
Regarding the atmospheric content: Maybe you have the chance to investigate another image pair within a similar period. If it contains the same ramping as your example above, it is probably caused by the topographic phase removal (did you use the 1Arc Sec SRTM instead of the 3Sec?). If it is different atmospheric effects dominate in the distortion of your displacement values and you could have more success with another image pair.

huge thanks for fast reply!!!

I’ll try with other pair of images

I don’t have option to use 1Arc Sec SRTM

Here is all what I can use 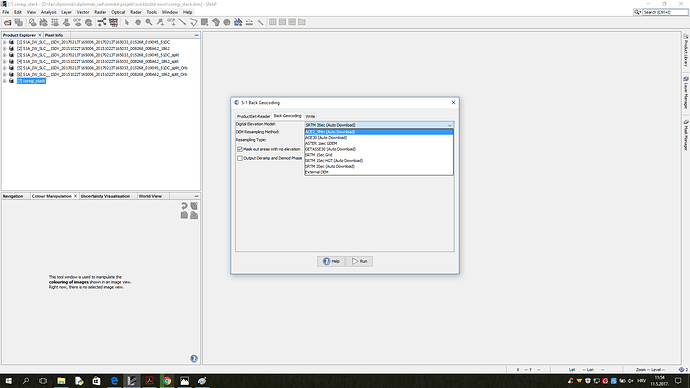 I just re-arranged the term

From your screenshot I saw that you performed Split and Orbit File as separate steps. There is also a module which coregisters your S1 scenes at once.

I know for that module but I thought it is the same result doing it together or as separated steps, am I wrong?

So did the masking work out?

I’m stil trying.
If I understood, I need to mask out unwrapped phase which I get after interferogram formation?
can you please suggest me what value of coherence I should put in coh_VV_22Oct2015_13Feb2017 > ??

yes, after unwrapping it would be best. I’d say 0.3 or 0.4.
You can also make those areas zero

To include the coherence layer in the final product you need to select it in the Range Doppler Terrain Correction module.

Sorry but I don’t understand

after unwrapping or at the very end. It is just to exclude the pixels in the final product with low coherence. So you could also do it after terrain correction.

Ok, thank you for explanations

I will post results as soon as I get them.

actually, coherence is exported by SNAPHU export and imported with the unwrapped product again. 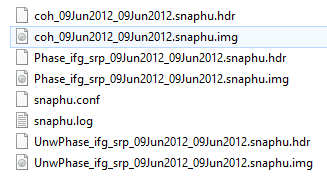 after import in SNAP: 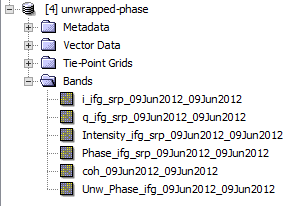 Oh I see. Thank you

But how you put all these files i,q,Intensity, Phase,Coh and Unw in one? I can only import one by one and than they are separated

you need to import it via Radar > Interferometric > Unwrapping > SNAPHU import

I already have this instructions and I did import by these steps, but my problem is that I cant’t see on page 36 what is the name of 1-Read-phase folder???