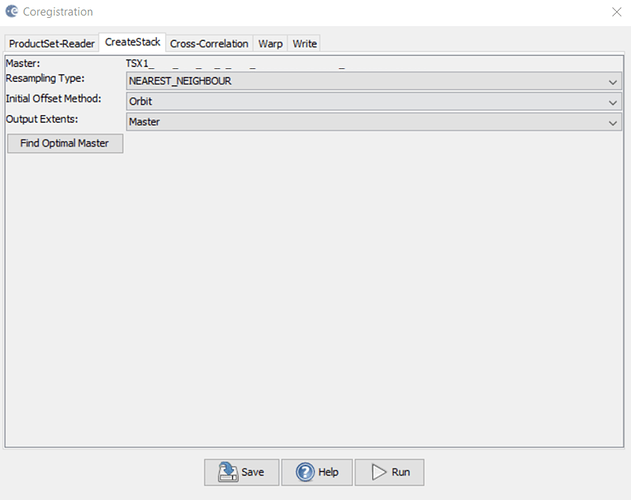 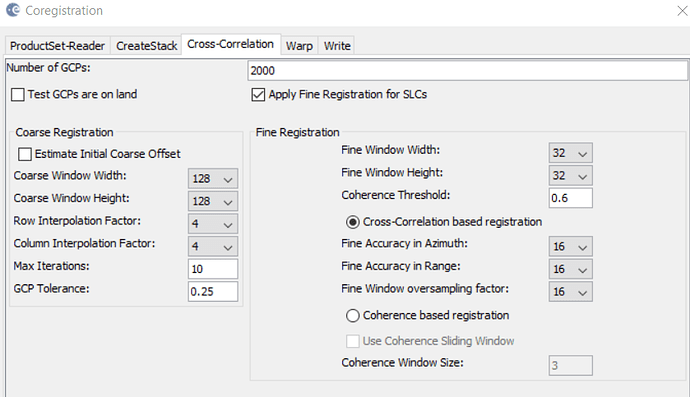 With the products corregistered, I derive the interferogram. I am not removing the topographic phase as my final objective is to estimate it. 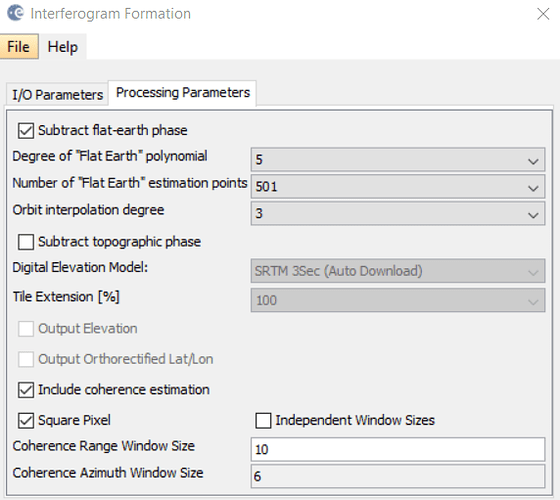 The result I get is completely random: 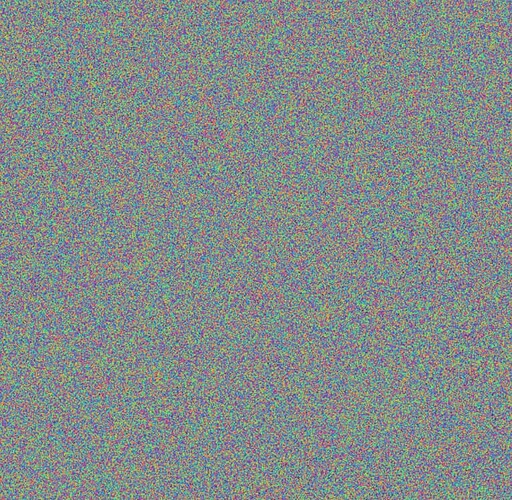 Of course, corregistartion did not work properly. If I visually inspect the corregistration: 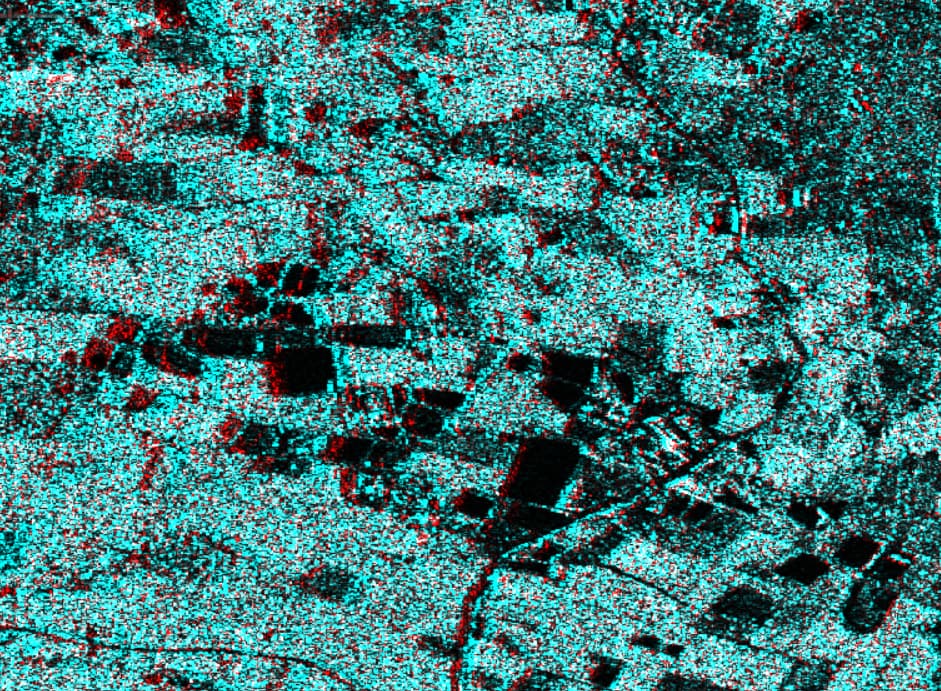 Did someone worked with TSX and SNAP? Any previous experience on how to better approach the corregistration? This is blocking my possibilities to use SNAP for InSAR with this satellite

How many GCPs were left after coregistration?

To get a more accurate coregistration

Andy, is the Nearest Neighbour what one should select in the Create Stack step? I have to admit this is confusing with two resamplings to be defined.

Thanks for the feedback. Setting the parameters as you suggested: 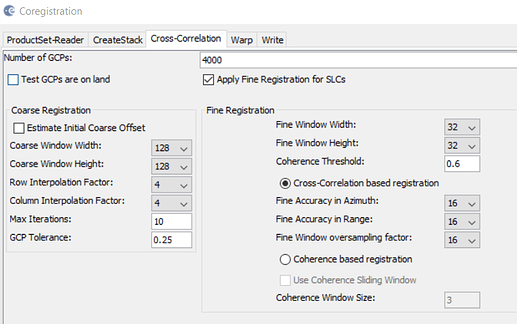 Did you mean bicubic when you said bisinic? By the way, I am putting NN as resampling method in the CreateStack step. I dont think selecting Bicubic or bilinear will affect the int creation? Could you comment on this?

After corregistration with this settings, the int I get looks as random as before. As you can imagine, I have same acquisition geometry

Try first getting the coarse registration correct skipping the fine part (that you will eventually need for InSAR). Andy might be referrining to bsinc.

Andy, is the Nearest Neighbour what one should select in the Create Stack step? I have to admit this is confusing with two resamplings to be defined.

I was lucky with both NN and bilinear resampling in the Stack option. NN is more preservative regarding the original phase values, although it is not the predefined value.

About the resampling during the Warp step of the polynomial: I was referring to this tutorial which used TerraSAR-X data and a truncated sinc (6 point) interpolation. I mixed it up in my post above, sorry.

I would have guesses the 1st resampling method should be None, since there’s no business-reason to resample twice in a single co-registration but that is surely suboptimal. I wish I had time to try it myself…

Sounds logic to me. And you’re right: “none” is the predfined choice in the first step (CreateStack), but not available during the warping, of course.

@ABraun @mengdahl thanks for the inputs. I am using a twin mission that orbits together with TSX (PAZ) so I need a resampling method when creating the stack. I agree with you that NN is better as it affects less the original values compared to the others.

I have tried to play with the corregistration parameters as indicated in the tutorial but still the inf looks completely random. Below the settings I used now; 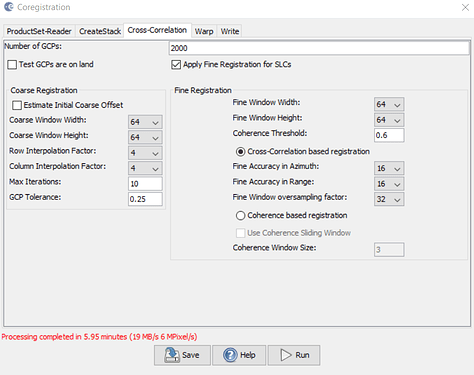 Any thoughts on this? What about the DEM assisted corregistration?

What is written in the logs?

Not sure what you mean about it, I dont get any error on the process. Seems like some papers went for TSX processing in SNAP. Unfortunately no further details on parameter settigns are shown

The logs should contain info about how the co-registration failed. Are the image footprints identical?

yes both have identical acquisition parameters.

About the logs, the process does not fail, it finished properly so I dont have it. The problem I am facing is that the result is not optimal. I am visually inspecting the output (comparing the intensity images in the corregistered product) and when zooming to a small subset it looks well.

Do the two images start more or less at the same location on the ground? The size of the search window is not enormous so if one image starts a bit earlier, the search might fail.

Looking at their footprint:

There is indeed an area north and south where they do not fully match. A coarser window height and width then?

You should be able to see more information with the InSAR Stack tool window that is available from the View-menu.

I select the corregistered product and when I open the tool I get basic info about the interferometric pair (height ambiguity, temporal, perp baseline, etc). The corregistration residuals looks empty 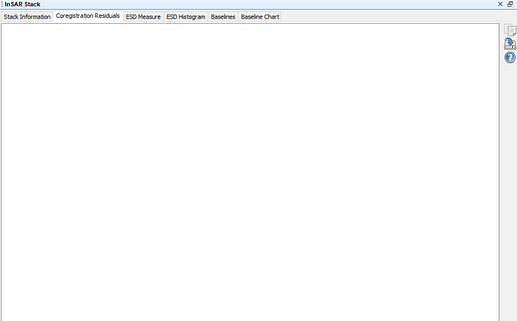 If you just do the create stack phase, how does the output look like?

@jun_lu Would you have any ideas?

My doubt now is which advantage is DEM assisted corregistration bringing vs. the normal one? Is it prefered to coregister with DEM always?

Can you please create an RGB image of the coregistered product to test if both images align well?
An example is given in page 9 of this tutorial: Sentinel-1 TOPS interferometry