How to check mid incidence angle in sentinel 1 datasets?

these two may help you

incidence angle is dependent from the distance to the sensor. So there is always a difference between the far and the near range.: You find it under Abstracted_Metadata: [image] If you want the incident angle of a specific pixel, you can open it as a Tie-Point-Grid: [image]

this is because the raster cells in the near range are hundreds of kilometers closer to the sensor than the ones in the far range. Due to the side-looking geometry of the SAR sytstem, the angles differ so much in large data sets. If you want the average angle of the whole image open the image statistics of your incidence angle image: [image] But if you need the angle for the computation of certain derivatives I highly recommend the band maths function using the incidence angles (activate …

Thank you sir… I checked in SNAP Tiepoints its shows, mim,max and mean. whether its right one or else I have use band math functions to resolve…!

maybe there is also the mid-range incidence angle in the metadata, but I don’t know that.

Hello,
how can I determined, for each PS by Stamps, the angle of incidence?
in order to calculate the Vertical Displacement by the formula:
𝐷𝑣𝑒𝑟𝑡 =𝐷𝐿𝑂𝑆/cos(𝑟𝑎𝑑(𝜗𝑖𝑛𝑐𝑖𝑑𝑒𝑛𝑐𝑒)) 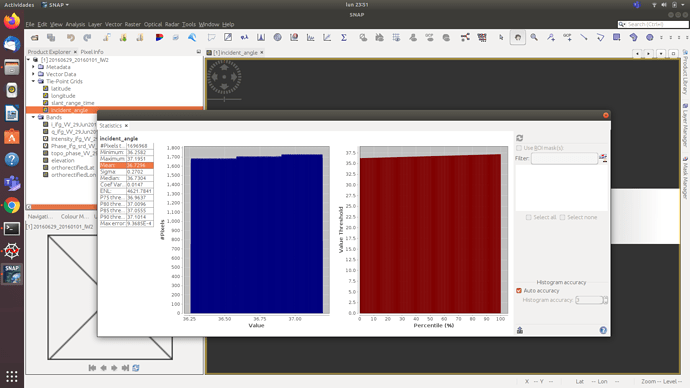 You can export the PS as points from StaMPS ad described here.
Then process one single image in SNAP and select “local incidence angle” as output band in the Range Doppler Terrain Correction.

Hi there
I have not understood your kind reply. 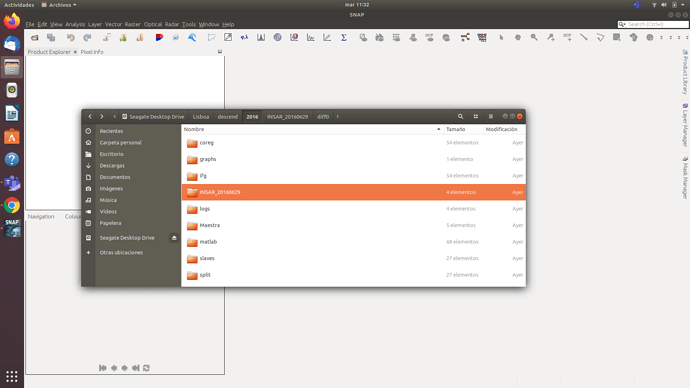 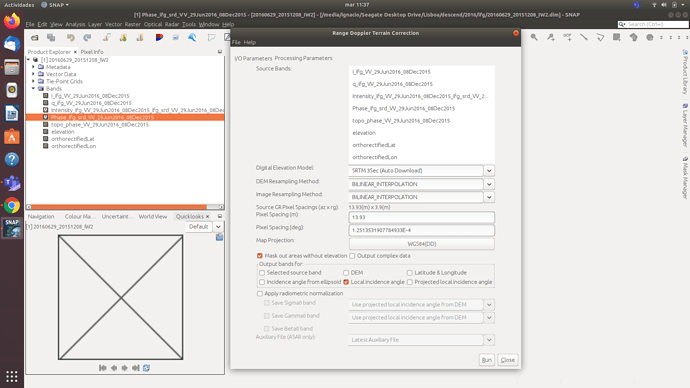 this calculation can no longer be done in SNAP, I recommend QGIS or another software where you load the exported PS and the raster of the local incidence angle

the local incidence angle should not change between different dates of the same track. Can you please give an example? 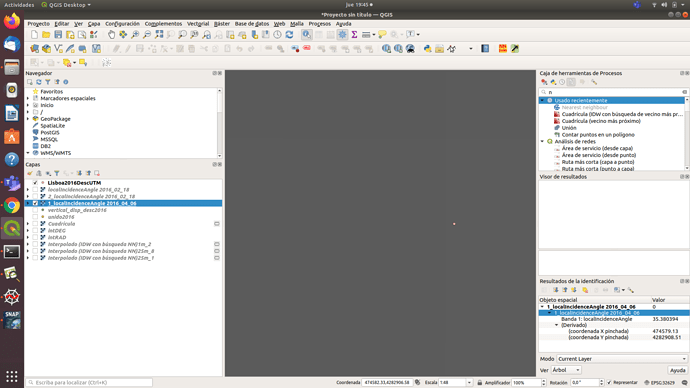 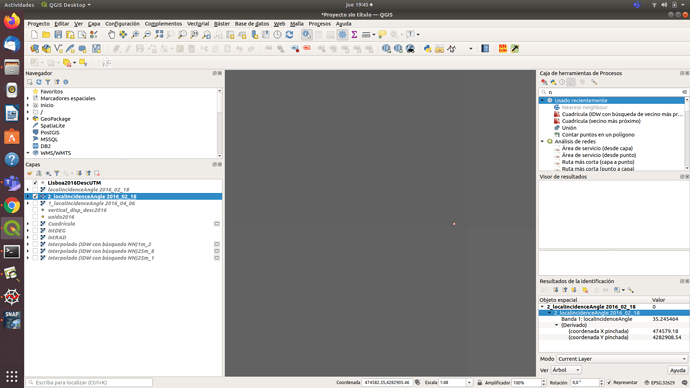 Also a third image was used to verify if the pixel value also changed if another product was used.

it is imported to SNAP and used directly range dopler terrain correction. 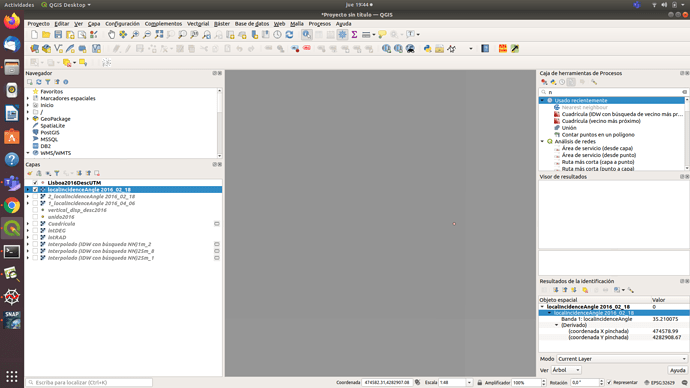 the coordinate you selected lies at the edge of several pixels. It’s not surprising to me that the values are ot 100% identical, because the three dates do not share the same grid (they are slightly shifted, depending on the acquisition geometry).
Also, the DEM is resampled to the resolution of the radar image using bilinear interpolation, so depending on the grid spacing this can also introduce differences.
Lastly, I doubt that the differences decimal places will distort your result in a harmful way, especially because the phase error is probably much larger that the angle used for conversion. You will also need the incidence angle of the descending image (potentially containing the same amount of variation).

I recommend using one ascending and one descending local incidence angle raster for the computation of the vertical component. 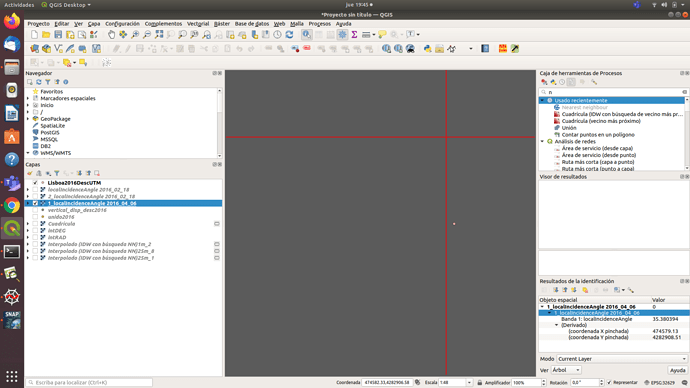 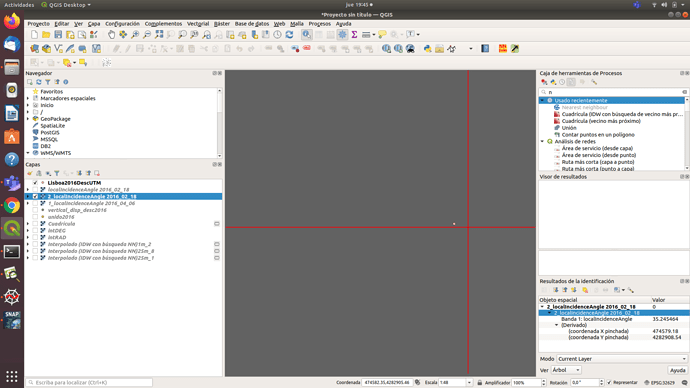 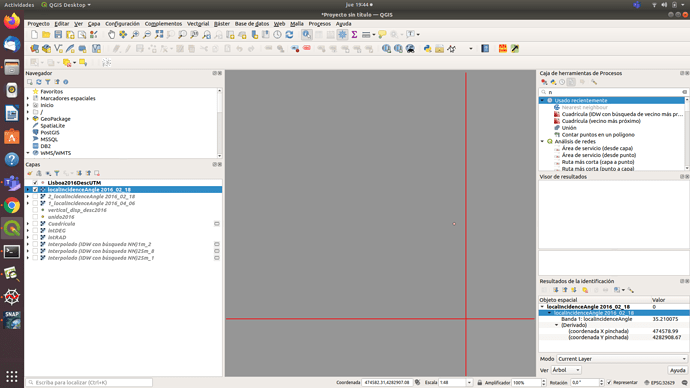 Thank you very much for the clarification

I recommend using one ascending and one descending local incidence angle raster for the computation of the vertical component.

A question. about your suggestion

to me this looks too easy, because ascending and descending can point into completely diffeernt directions, especially when lateral movement is involved.

I understand that the value of both vertical displacements for that pixel (both ascending and descending), should be “similar” right?

In case of straight vertical movement, thei value should be similar, but there are many cases where this is not the case, all depending on the type of deformation. We have many topics on this:

Two posts with references to formulas:

Difference between vertical and LOS displacement

The SAR sensor makes observation in Line of Sight (LOS) direction (this is the SAR geometry) as shown in figure below: 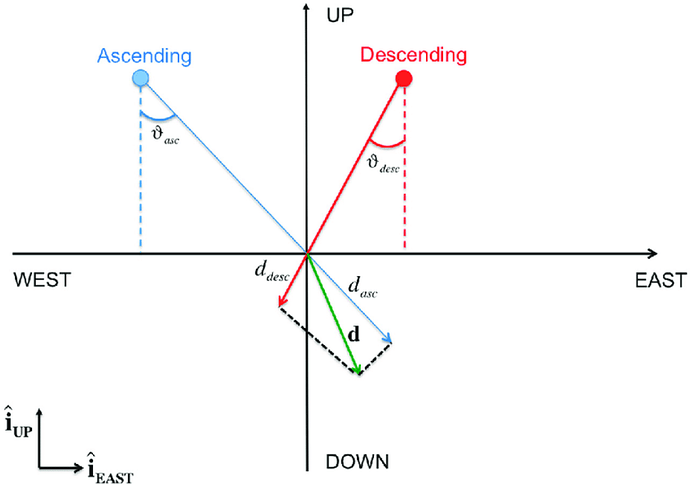 Hence, whatever measurements we do, the results are going to be in LOS direction. In order to derive subsidence in vertical direction (we assume that the subsidence occurred vertically and not east-west), we need to do some trigonometry. So, in the equation given in the tutorial you have read, the cos (theta) is added to the equation in order to get the results in vertical displacement and not in LOS. The displacement values though, are still relative (but in vertical direction not in LOS), which means we still need to subtract a value of zero dsiplacement to get absolute values.

I’m afraid, i’ts not that simple, because the incidence angle plays a role as well.
A suggestion is made in this paper of @mdelgado Remote Sensing | Free Full-Text | Measuring Urban Subsidence in the Rome Metropolitan Area (Italy) with Sentinel-1 SNAP-StaMPS Persistent Scatterer Interferometry

Hello I just wanted to ask, should I normalise (use one mean incidence angle) to determine the vertical displacement from LOS or use the incidence angle raster to compute the same? Thank you.